Persecuted for their faith -- and ignored by the U.S.

If Bush truly believes religion is the "first freedom of the human soul," why isn't his administration pressuring countries that persecute people for their beliefs? 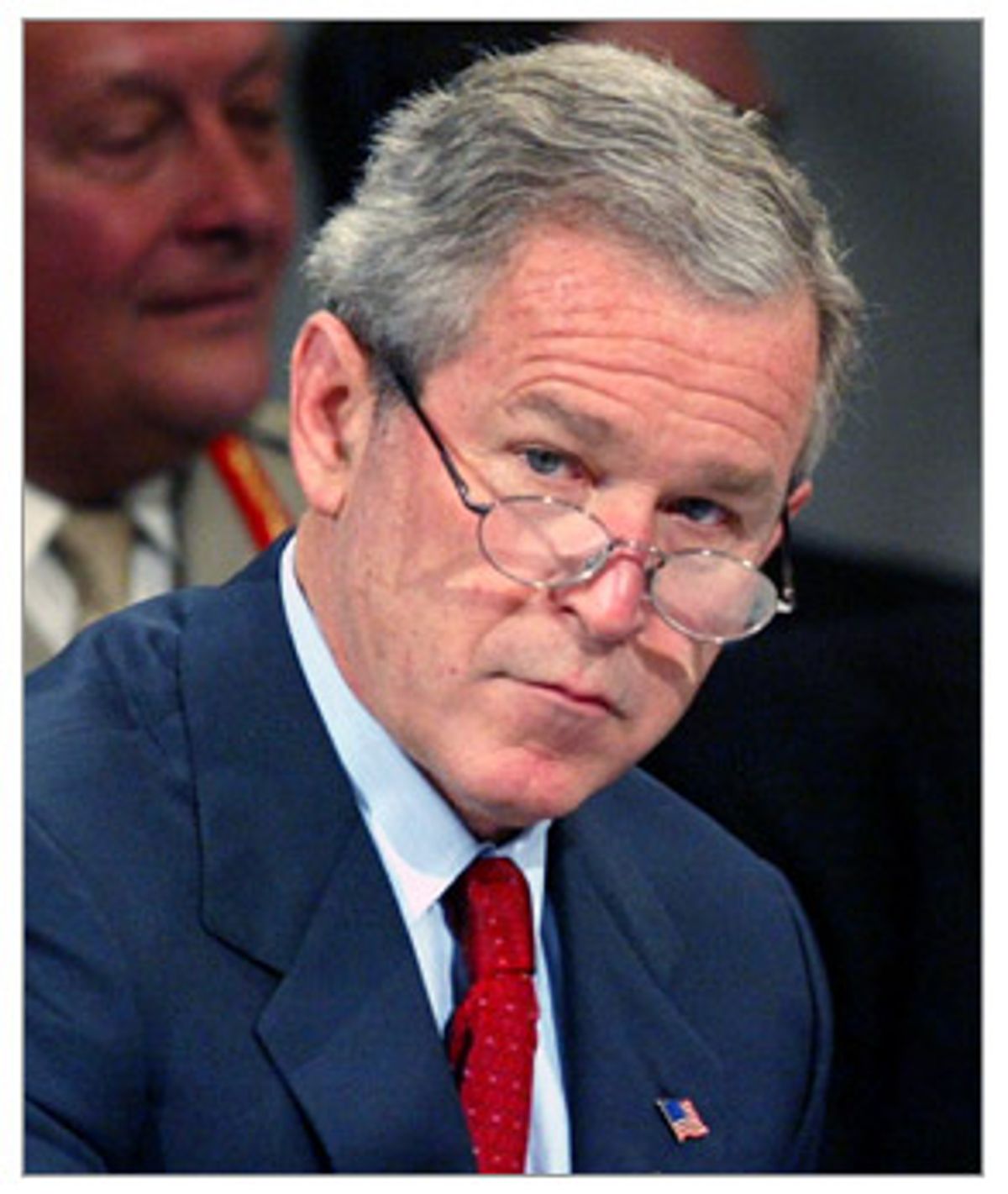 Even staunch defenders of the U.S.-Saudi alliance, such as former Secretary of State James Baker, would be hard-pressed to assert that Saudi Arabia respects religious freedom. A 2003 State Department report flatly states that "freedom of religion does not exist" in that nation. The State Department has also concluded that "non-Muslim worshippers risk arrest, lashing, deportation and sometimes torture for engaging in religious activity." Even Muslim members of the Shiite minority "are the subject of officially sanctioned political and economic discrimination," according to the same report.

Yet the evidence in the report, mandated by the International Religious Freedom Act of 1998, was not quite persuasive enough for the Bush administration. For the past several years, the State Department has ignored the recommendation of the U.S. Commission on International Religious Freedom -- an independent body created by the IRFA -- to list Saudi Arabia as a country of "particular concern for religious freedom."

Saudi Arabia isn't the only country whose crackdown on religious expression is ignored by the administration. The State Department also turned a blind eye to its own findings on Pakistan, Eritrea and Turkmenistan and failed to list them as countries of "particular concern."

The requirement that the president (via the secretary of state) designate countries that "engage in or tolerate violations" of religious freedom as being of "particular concern" is one of the most significant provisions of the IRFA. Rabbi David Saperstein, the first chairman of the Commission on International Religious Freedom, explained that this process is important because countries "often try to accommodate U.S. concerns to avoid [that] designation." As a result, a number of countries have made changes "that made life noticeably better" for individuals who had been mistreated because of their religion.

The law requires the president to make this designation each year by Sept 1. But the Bush administration's last designation was in March 2003 -- more than 16 months ago. Saperstein says the administration's failure to comply with the timetable of the law "undermines the consistency of diplomatic efforts across the globe and eases the pressure" on countries that persecute people on the basis of religion.

The IRFA is the fulfillment of America's obligation under the Universal Declaration of Human Rights, a document adopted by U.N. General Assembly in 1948 to protect "the equal and inalienable rights of all members of the human family." Every signatory is obliged to do what it can to make sure that the principles expressed in the declaration are respected, including the affirmation that "everyone has the right to freedom of thought, conscience and religion" (from Article 18). The 1998 act was an aggressive effort to ensure that the United States fulfills its part of the bargain with respect to religious freedom. The bill passed Congress unanimously and was championed by the religious conservatives whom Bush considers the core of his political base. Although the act requires the executive branch to take significant and specific steps to promote international religious freedom, the Bush administration, in contradiction to its public statements, has failed to comply with the letter or the spirit of the law.

The administration touts international religious freedom as a priority of its foreign policy agenda. Page 3 of the president's June 2002 National Security Strategy describes religious tolerance as one of the "nonnegotiable demands of human dignity." Deputy Secretary of State Richard Armitage recently called religious freedom "a central tenet of United States foreign policy." Bush himself, in a May 2001 speech to the American Jewish Committee, said with uncharacteristic eloquence, "It is not an accident that freedom of religion is one of the central freedoms in our Bill of Rights. It is the first freedom of the human soul -- the right to speak the words that God places in our mouths. We must stand for that freedom in our country. We must speak for that freedom in the world."

The State Department explained in February that promoting international religious freedom has a renewed importance since 9/11 because it "reinforces the development and strength of civil societies, and it dampens the appeal of religious extremism and religion-based violence."

Saudi Arabia, as a nation known to have provided recruits and funding for the 9/11 terrorist attacks, ought to be the prime target of such a policy. In May, the annual report of the U.S. Commission on International Religious Freedom revealed: "There are numerous serious reports, which warrant official U.S. government investigation, that Saudis are funding efforts to propagate globally a religious ideology that promotes hate, intolerance, and other human rights violations toward non-Muslims and disfavored Muslims." Michael Young, current chairman of the commission, said the State Department's repeated refusal to list Saudi Arabia, Eritrea, India and Pakistan as countries of concern was "wrong" and not "in the interest of the people in those countries ... [or] the global community."

What's more, the administration has failed to take actions authorized by law to improve the conditions of religiously persecuted people in the countries that were designated as being of "particular concern" in March 2003: Burma, China, Iran, Iraq, North Korea and Sudan. The IRFA requires the administration to impose one or more of 15 specified penalties on designated countries. The penalties range from an official condemnation to the suspension of security assistance to economic sanctions. Instead, for each of these countries, the administration has invoked a provision in the law that allows the president to waive the requirement if "pre-existing sanctions are adequate." For example, no additional sanctions were imposed on China because of existing restrictions on U.S. exports of crime control and detection equipment to that country.

The Commission on International Religious Freedom calls the reliance on preexisting sanctions "technically correct under the statute" but "unacceptable as a matter of policy." "Reliance on pre-existing sanctions," the commission says, "provides little incentive for [countries] to reduce or end severe violations of religious freedom." According to the commission, "the failure to take additional action under IRFA suggests that nothing further can, or will, be done by the U.S. government to those countries that are deemed the world's worst violators of freedom of religion or belief."

Robert Seiple, the first U.S. ambassador-at-large for international religious freedom, attributes the administration's neglect of the issue to "the limited amount of political oxygen in Washington," adding that the neglect is "disappointing to those of us who have been working the issue." It should be disappointing to anyone who values human rights, national security, the rule of law -- and religious liberty. For all the White House's talk about religious freedom and its open appeal to religious constituencies in the election campaign, Bush's record in this area is stunning for its lack of interest, consistency and results.