Once it challenged Nixon. Now the supposedly liberal paper is attacking Kerry for not fully embracing Bush's Iraq war. 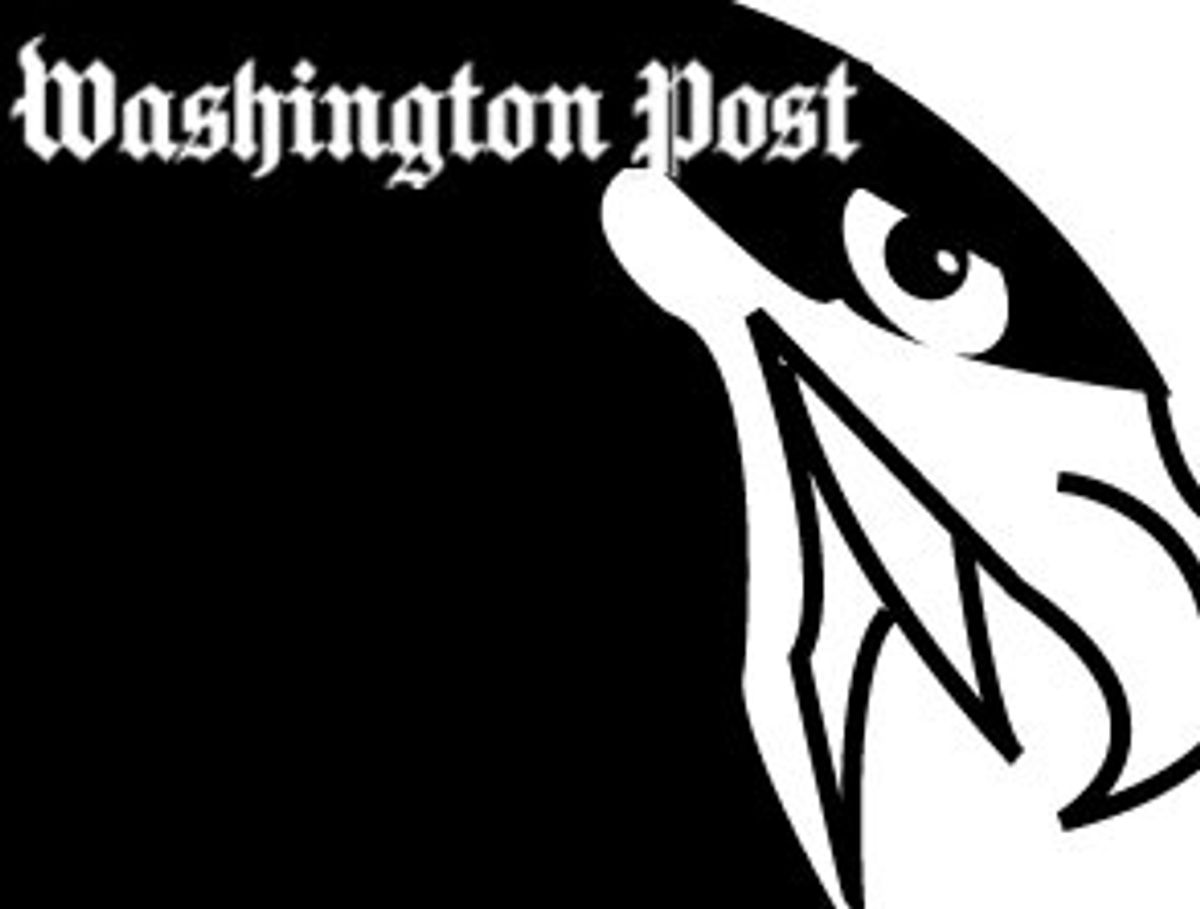 Remember the days when the Washington Post was the enemy of the Republican administration in the White House? Those days are gone. Today, the neoconservative voice of the Post's editorial page is one of President Bush's most valuable allies. It's possible, of course, to find more hawkish voices than that of the Post, but none have the same wide circulation or impact -- and none have the Post's liberal reputation. Which is a gift to the neocons, who can say, "Even the liberal Washington Post agrees with us!"

What a difference a few decades make. Back in 1971, the Post, along with the New York Times, began publishing the leaked Pentagon Papers, the documents that proved that America's entry into Vietnam in the previous decade had been predicated on lies. The Nixon administration took both newspapers all the way to the Supreme Court in an effort to squelch the publication of the documents -- and lost.

That same year, the Nixon hard men, spearheaded by Chuck Colson in his pre-prison, pre-Christian days, put together an enemies list that mentioned simply "the Washington Post" -- presumably the entire newspaper, from publisher Katharine Graham down to the lowliest news aide. In the days when officials of the White House and Justice Department openly contemplated murder and arson as "rat-fucking" tactics, the Post showed no small amount of courage. In 1972, John Mitchell, the former U.S. attorney general, then serving as Nixon's reelection campaign manager, memorably warned Post reporter Carl Bernstein about a forthcoming article: "Katie Graham's gonna get her tit caught in a big fat wringer if that's published."

That was then. Now the Post's editorial page is helping the current Republican president win reelection. To be sure, the Post rarely praises Bush, but it frequently pokes at John Kerry. Which amounts to the same difference.

Exhibit A is the Post's lead editorial on July 30, the morning after Kerry's acceptance speech to the Democratic National Convention, titled "A Missed Opportunity." The editorial takes Kerry to task for not embracing Bush's war in Iraq.

That nonembrace made Kerry's speech "a disappointment," according to the paper. The Post fretted that "Kerry last night elided the charged question of whether, as president, he would have gone to war in Iraq. He offered not a word to celebrate the freeing of Afghans from the Taliban, or Iraqis from Saddam Hussein, and not a word about helping either nation toward democracy." At a time when even conservatives such as William F. Buckley, Bill O'Reilly and Tucker Carlson have backed away from their once rock-solid support for the war, surely the Democratic nominee's waning enthusiasm for the war in Iraq is not a shock.

The Post spotted creeping dovishness in Kerry's speech -- and that's the plumage the paper wanted to pluck. The editorial continued, "Kerry could have spoken the difficult truth that U.S. troops will be needed for a long time. He could have reaffirmed his commitment to completing the task of helping build democracy." In other words, Kerry could have completely signed on to the Bush policy, but instead, the paper lamented, "he chose words that seemed designed to give the impression that he could engineer a quick and painless exit."

The horror! If I didn't know better -- the Washington Post is, after all, by great reputation, a liberal newspaper -- I would think that the Post was trying to sabotage the Democratic candidate by seeking to talk him into upholding an open-ended war policy that antagonizes most Democrats and independents. It was in another wartime election year, 1968, that such misplaced hawkishness arguably cost Democrat Hubert Humphrey the White House. In clinging to LBJ's war policy, the Minnesotan, once the icon of liberal Democrats, depressed his own turnout in dovish states like Iowa, New Jersey and Vermont, all of which he lost to Nixon.

But in fact, the Post is seemingly doing its best to undo its port-side editorial reputation. The July 30 editorial was followed by one on July 31 that laid out the neocon marching orders for Iraq. Adopting the peremptory style that has worked so well for U.S. diplomats in the past few years, the paper declared, "The United Nations ... must step up to the job" of providing peacekeeping forces for Iraq. But then, the Post quickly added, if other nations "won't provide the troops ... the United States should fill the gap." Which is to say, the Post's editorial war stance is about the same, these days, as that of the Wall Street Journal.

And while the Post doesn't join in the Journal's generalized right-wingery, it does seem determined to keep up with the Dow Joneses on advocating additional foreign adventures. The July 30 editorial argued that "for many in the hall last night, the intelligence lapses in Iraq prove the wrongness of Mr. Bush's preemption strategy, and Mr. Kerry seemed to agree, saying that 'the only justification for going to war' would be 'a threat that was real and imminent.' Yet a President Kerry, too, would face momentous decisions based on inevitably imperfect information, whether about Iran or North Korea or dangers yet to emerge. How would he respond? Will it always be safe to wait?"

The Post doesn't mention, or seem to mind, that many top Bush appointees, still securely in their jobs, pressured the intelligence community to cough up such "imperfect information" -- and to further tout such dreck a "slam-dunk" casus belli.

Yet the Post is ahead of the Journal in advocating robust action against Sudan. On Aug. 1 the paper rehashed familiar neocon arguments: It's wrong to consider "realism" or "national interest" in deciding whether to intervene militarily; those words are code for prudence, for looking before you leap -- exactly what the neocons hate. And it's equally wrong to accept the idea that the United States might be perceived as launching a "crusade" against Muslims; they will greet us, of course, as humanitarian liberators. No, the correct line, the Post insists, is to think that national sovereignty is "a less useful principle than it once was." So maybe in Sudan we'll find out -- again -- whether Muslims and others around the world agree with this bold-strokes neocon view of intervention.

To be sure, the Post's editorial voice is not neoconservative in the same sense as is, say, Charles Krauthammer, one of the Op-Ed page's aces. But to the degree to which the word "neoconservative" evokes a new kind of "internationalist" militarism, the editorial positions of today's Washington Post surely meet that definition.