Why has Brittany Murphy traded in a perfectly respectable, promising career to appear in dopey movies like this? 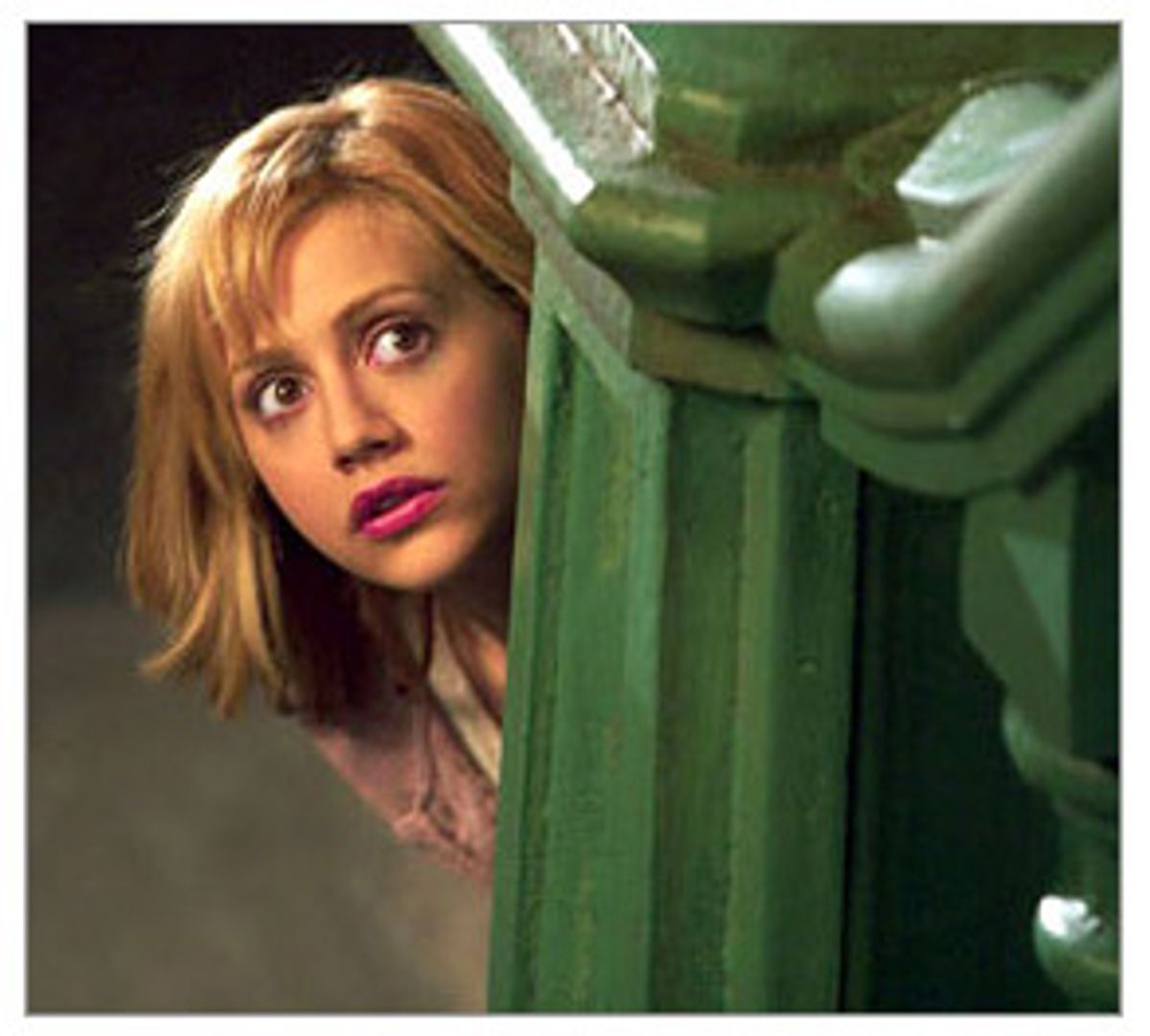 The company behind "Little Black Book," Revolution Studios, has described it as a "dark" comedy. Dismal is more like it, notably for the way the movie takes morally specious behavior, dresses it up to make it cute, teaches the heroine that she did a bad thing that hurt people (a notion that's treated as refreshingly novel) -- and then, in the end, rewards her for her bravery and honesty in having come clean with her dirty deed. If this is dark, it's dark lite.

Brittany Murphy, who seems to have thrown away a promising career as an intriguingly offbeat actress in order to become a kooky, lovable poppet, plays a young woman who becomes suspicious of her laid-back but attentive boyfriend (Ron Livingston) when he offhandedly reveals that he used to date a supermodel. Goaded by one of her co-workers (Holly Hunter) at the low-rent TV talk show she works for (its host is played by a boisterous Kathy Bates), Murphy decides to do some snooping around in her beau's Palm Pilot to find out more about his ex-girlfriends. After stalking them one by one (much ho-hum hilarity ensues), she realizes that she actually likes one of them (Julianne Nicholson, who gives the most forthright and unselfconscious performance in the movie). Imagine that! Ex-girlfriends are people too.

Murphy's bad behavior is made to look adorable: We know it's bad, but we're still invited to giggle at it, to vicariously watch her doing things we might like to do but just don't have the guts for. That alone wouldn't be so horrible: In fact, the movie would be a lot more honorable if it simply ran with its sordid convictions. Characters shouldn't have to be role models -- and they're usually better when they're not.

But after urging us to groan and chortle at Murphy's increasingly tangled misdeeds, director Nick Hurran and writer Melissa Carter then have to work overtime to let us know that they in no way approve of snooping around in others' private property, or of humiliating essentially innocent people who just happen to have at one time dated the current boyfriend of an obsessed Muppet. The movie does this by launching into an exhausting tirade against reality TV and the way it drives people to open up corners of their lives, and those of others, that should be left private. In other words, TV is the problem, not people.

Characters deliver dopey, relevant speeches ("We're all swimming in the same cesspool -- we work in reality TV") and spurt weird relationship slogans that, incredibly, they seem to believe ("Omission is betrayal!"). Murphy's character is alternately CareBear cute (at one point, for no really good reason, she does a cartwheel, her skirt flipping up to show off her pink panties and peach-shaped derrière) and devious (as part of her snoopery, she makes an appointment with one ex whom she believes to be a podiatrist -- the big har-dee-har-har is on her when the woman turns out to be a gynecologist). The movie can't distinguish between what's likable and human and funny and what's simply repellent. In that respect, it's just as indiscriminate as the reality TV it shakes its finger at, a case of the pot calling the kettle black -- and not a particularly dark black, either.