The former Texas official who got George Bush into the National Guard apologizes for making sure that young men with important "family names" did not have to fight in Vietnam. 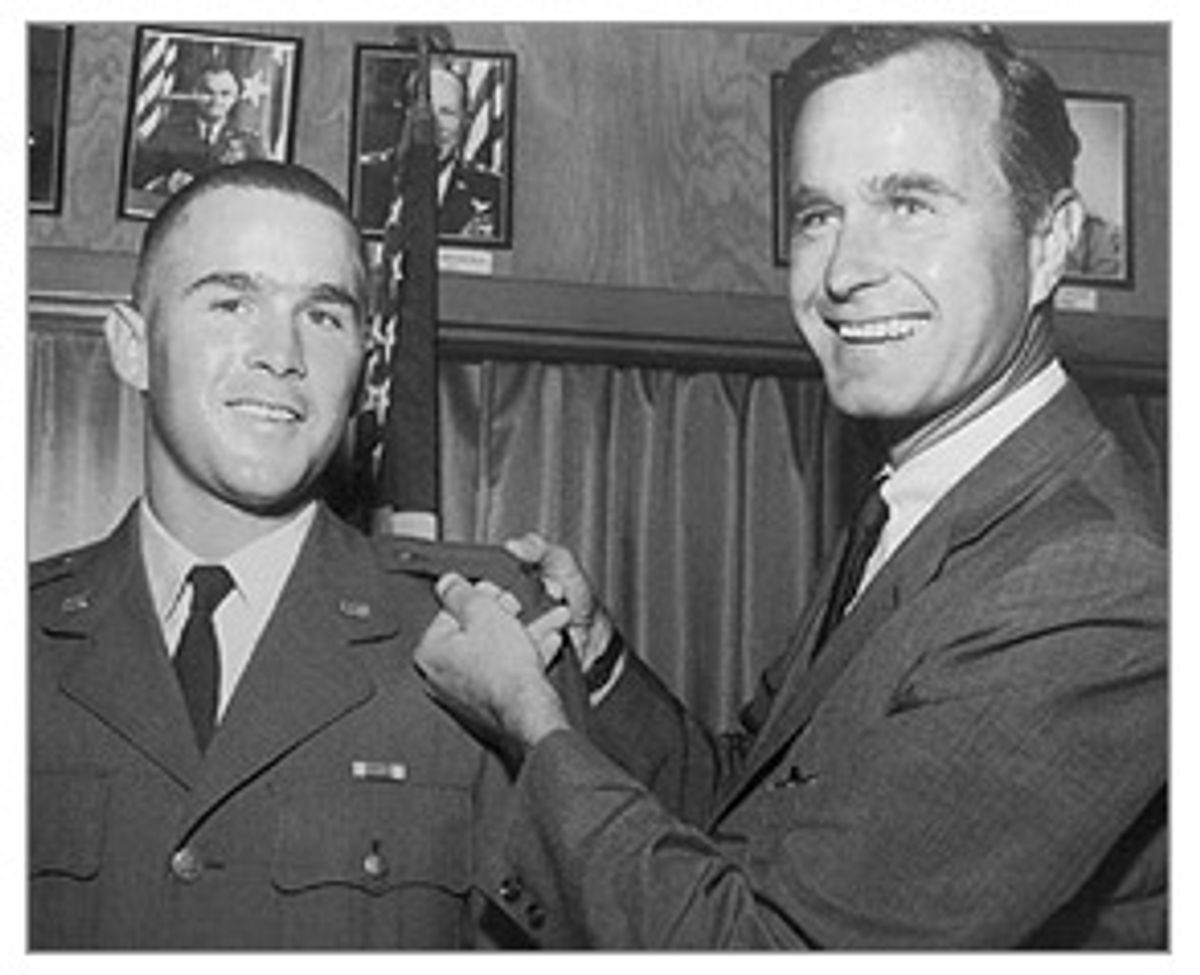 Another bombshell in the battle over Vietnam service that has been raging in the 2004 presidential race exploded on the Web Friday. In a video originally posted on the Web by a pro-Kerry organization in Austin, Texas, Ben Barnes, a former lieutenant governor of Texas, apologized for his role in getting a young George W. Bush into the Texas Air National Guard while young men who were not from prominent or wealthy families "died in Vietnam."

"Let's talk a minute about John Kerry and George Bush, and I know them both," said Barnes in the video, which was filmed at a gathering of about 200 Kerry supporters in Austin on May 27. "I got a young man named George W. Bush into the Texas National Guard when I was lieutenant governor, and I'm not necessarily proud of that. But I did it. I got a lot of other people in the National Guard because I thought that was what people should do when you're in office, and you help a lot of rich people."

"And I walked to the Vietnam Memorial the other day," Barnes continued, "and I looked at the names of the people that died in Vietnam, and I became more ashamed of myself than I have ever been, because it was the worst thing I ever did, was help a lot of wealthy supporters and a lot of people who had family names of importance get into the National Guard. And I'm very sorry about that, and I'm very ashamed, and I apologize to you as voters of Texas."

Barnes then condemned the Republican attacks on John Kerry's war service: "And I tell you that for the Republicans to jump on John Kerry and say that he is not a patriot after he went to Vietnam and was shot at and fought for our freedom and came back here and protested against the war, he's a flip-flopper, let me tell you: John Kerry is a 100 times better patriot than George Bush or Dick Cheney."

The video of Barnes was filmed by Todd Phelan and Mike Nicholson, organizers of a political group called Austin4Kerry. Phelan is currently an organizer for the Travis County Democrats. The video first appeared on the Austin4Kerry Web site on June 25, but was widely overlooked until Friday. The video also includes a separate interview conducted by the same two filmmakers in which Barnes speaks with admiration about Kerry's valor.

Phelan and Nicholson recall they were surprised by the candor of Barnes' remarks while they were filming him at the rally. "To be honest with you, my eyes lit up instantaneously," Phelan told Salon. "I looked at Mike, he looked at me, and it was like 'Did he just say that?'" But at the time, said Phelan, they did not think the video would create a stir. He suggested that the video suddenly became a Web phenomenon because of the heated swift boat controversy that has been fanned by supporters of Bush.

Barnes' story about Bush and the Air National Guard first broke in 1999 as the then Texas governor was mounting his first campaign for the presidency. Bush insisted at the time that neither he nor his father sought Barnes' assistance. "I can tell you what happened," said Bush. "Nothing happened. My Guard unit was looking for pilots and I flew for the Guard. I'm proud of my service and any allegation that my dad asked for special favors is simply not true ... I didn't ask anybody to help get me to the Guard either."

Barnes said at the time that it was a wealthy Bush family friend, a Houston oilman named Sidney Adger, who came to him with the request to help the younger Bush.

[Note: Barnes' speech can only be viewed on Salon using Windows Media Player. If you do not have it, you can download it for free here.]