Danny Kaye, James Beard and me 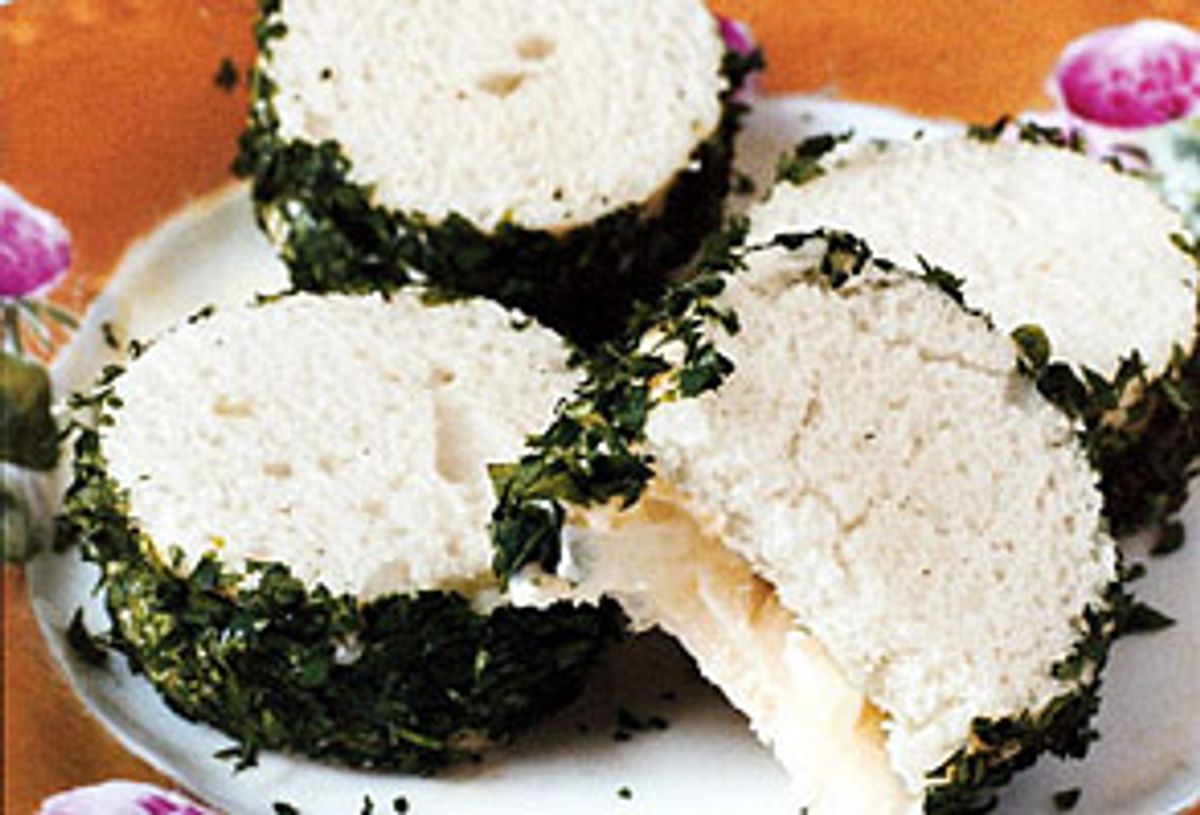 My husband and I had never met Danny Kaye, but about 20 years ago we heard that he was in our town, Miami Beach. My husband called Kaye at his hotel and explained that I was a well-known baker and cookbook author and that we would like to invite him to visit. Kaye said he'd be right over.

When he got here, he walked straight into the kitchen. The drawer I keep sharp knives in was open. Kaye saw it and immediately screamed, "That's no way to keep knives! No! No! No! They bump into each other and they chip." He picked up a few knives and looked at them closely, and then he had a fit. He ran into the living room, jumped up on the couch, and did a kind of tribal war dance back and forth on the cushions -- all the time yelling that you should never keep kitchen knives in a drawer.

While Kaye ranted, I brought out a tray of drinks along with some of James Beard's onion sandwiches. Before Beard became famous for his cooking classes and cookbooks, he ran a catering business that specialized in hors d'oeuvres -- and he told me once that onion sandwiches were his most popular item. He'd sold millions of them, he said. That may be, but I later learned that his recipe for them varied from publication to publication. Some were to be made on homemade brioche and some on oatmeal bread; some included sliced onions and some had chopped onions mixed with mayonnaise and parsley instead; sometimes the sandwiches were cut into rounds, and sometimes they were oblong or square. From all of his various formulas, I contrived my own version of the sandwiches, always using Vidalia onions, and it was these that I offered to Kaye. Momentarily, he stopped raving and tried one. Soon what he was raving about was how good they were -- although a few more times he did howl, "No way to keep knives. No! No! No!"

I had always loved Danny Kaye, but that day I loved him more than ever. His passion was really impressive. And the onion sandwiches were quite useful.

1. Butter bread slices on one side, then put a thin layer of onions over butter on eight of the slices. Lightly season onions with salt, then assemble sandwiches with remaining bread slices. Using a 1-inch round cookie cutter, cut out two small rounds from each sandwich, making 16 small sandwiches in all. (Discard trimmings.)