Josh Hartnett stars in this romantic thriller that fails to raise a single goose bump, but does raise the question: What if the lead character's cellphone worked? 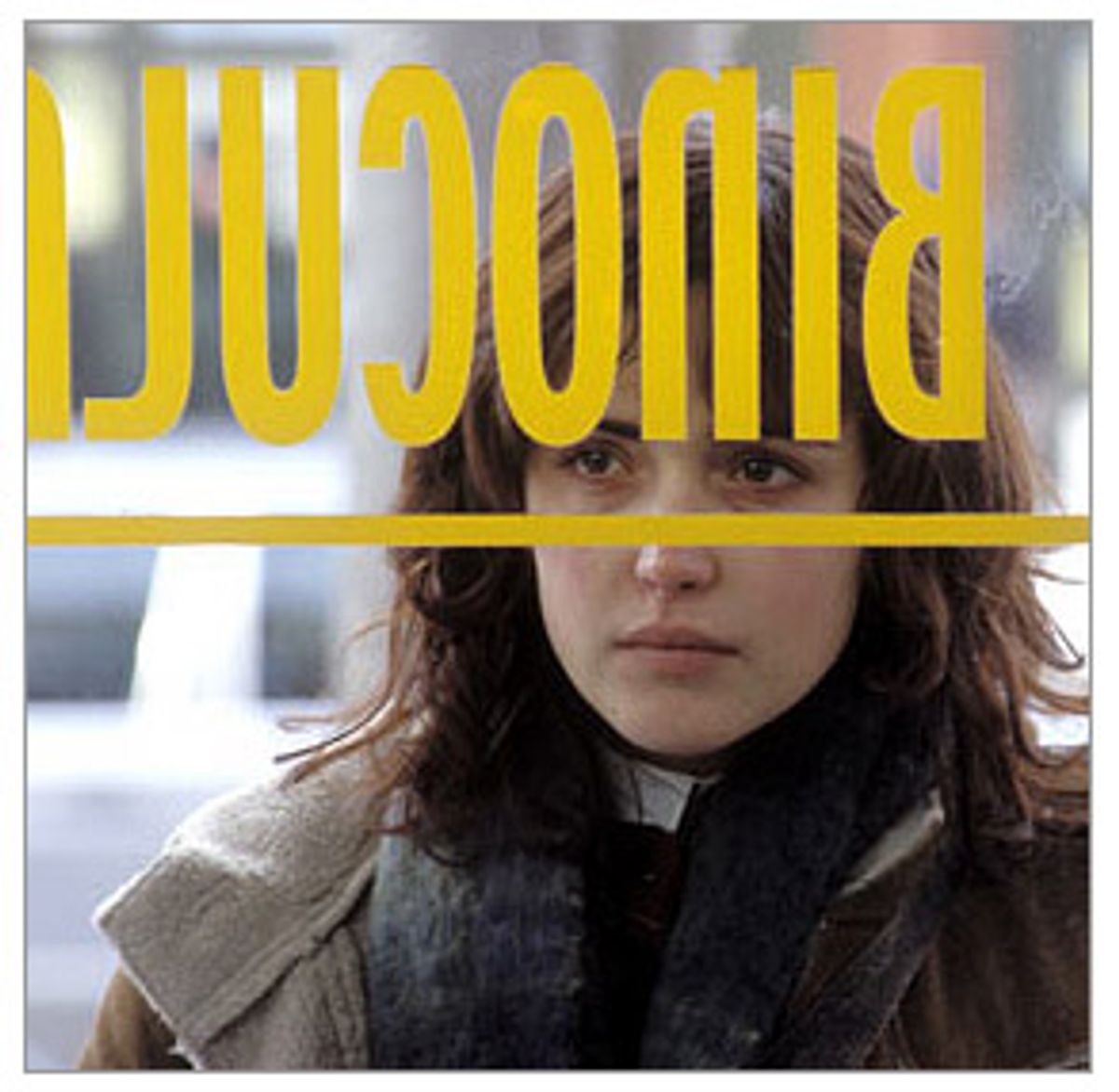 Now that we're able to take phone calls on the highway, in the supermarket and on the treadmill, it's getting harder to make a believable romantic thriller about two lovers separated by circumstance. Missed calls, malfunctioning (or sabotaged) answering machines, pals who take messages for you and forget to pass them along: A screenwriter can help a character avoid all of these pitfalls just by arming him or her with one of those newfangled devices known as cellphones.

But there are very few cellphones to be seen in "Wicker Park," a remake of the 1996 French thriller "L'Appartement," because if the hero (Josh Hartnett) actually had one that worked, you wouldn't have a story. Hartnett plays Matthew, an up-and-coming photographer who has built a new life for himself after Lisa (Diane Kruger), the girlfriend he'd been madly in love with, disappeared without a trace. He has just returned from New York to Chicago, the scene of that ill-fated romance. He has a new job and possibly even a new fiancée, and is just about to leave for China on an important business trip (a good time to make sure your cellphone is working, no?).

But Matthew can't get Lisa out of his head. So when he thinks he sees her in a restaurant (she flees before he can talk to her, breaking the heel off one of her shoes -- and pay attention to that detail because it will eventually mean, er, something), he becomes driven to find her again. He stalks her obsessively, but the trail leads only to another woman, also mysteriously named Lisa (Rose Byrne), who wears the same red tweed coat the other Lisa used to wear and -- get this -- has the exact same shoes, one of which has a busted heel, lurking artfully in a corner of her apartment.

Lisa One has golden hair and a dancer's body; Lisa Two is a depressive moppet with a Johnny Ramone haircut. Matthew is confused: How can this be? He figures he's just made a mistake, but something nags at him. He must find Lisa One. Having just moved back to Chicago, he doesn't yet have a home base. At the restaurant where he believes he saw Lisa One, he leaves a message and the phone number of the shoe store run by his best friend (Matthew Lillard). Despite the fact that Matthew used to work in a video-camera store, he appears to be a communications dunderhead, and you know what happens to those: They become drawn into treacherous webs of obsession and deceit. Or, at least, they're just really, really hard to get ahold of.

"Wicker Park" takes plenty of twists and turns, each so implausible and silly that you have no interest whatsoever in finding out what the next one will be. The director, Paul McGuigan (who made 2003's "The Reckoning," with Paul Bettany), is fond of fancy split-screen effects and stylish, snappy cutting, but he can't tell a story to save his life. He doesn't so much build suspense as pat it on with a trowel, in painstaking, stingy, meaningless globs. (The screenplay is by Brandon Boyce, adapted from Gilles Mimouni's original screenplay for "L'Appartement," which Mimouni also directed.)

The actors don't know what to do, and there seems to be no one around to give them a clue. When he's used sparingly and well (as in Sofia Coppola's "The Virgin Suicides"), Hartnett can be a charming presence. But he's just too gormless to be a romantic hero: His persistent innocence, the very thing that should make him sweetly attractive, becomes wearying here. To signal Matthew's troubled state, Hartnett concentrates hard on looking pained, furrowing his brow and clinching his mouth, an expression he maintains pretty much through the whole movie: By the end of it, my face was aching for him.

Byrne ("Troy," "I Capture the Castle") has the tiresome task of playing the delusional kook. (Lisa Two is one of those creepy sleep-watchers, people who gaze lovingly at the object of their affection as he or she snoozes.) But she just pouts her way through the role -- Byrne's Lisa Two is not so much a psychopath as a very annoying bug. And Kruger (who played the droopy Helen in "Troy") gets the worst deal of the three: Her character is pretty, and she's a dancer. But what else do we know about her? Kruger doesn't tell us much, and you suspect it wasn't in the script to begin with. She's the dazzling, elusive mystery girl -- almost always a bummer of a role.

Still, we're supposed to care desperately about whether Matthew will find out the truth about what happened to Lisa One. We wait for the secret to unfold, and it does, like a floppy, wilted flower that's dead before it even bothered to open. "Wicker Park" is no fun at all, but it does offer a lesson for all of us. If you happen to have lost the love of your life and think she may be looking for you, make sure your cellphone works. And if you're on the road, whatever you do, don't leave that recharger at home.