The fight against junk e-mail is never pretty, but what happens when a spam-fighter messes with the wrong party? 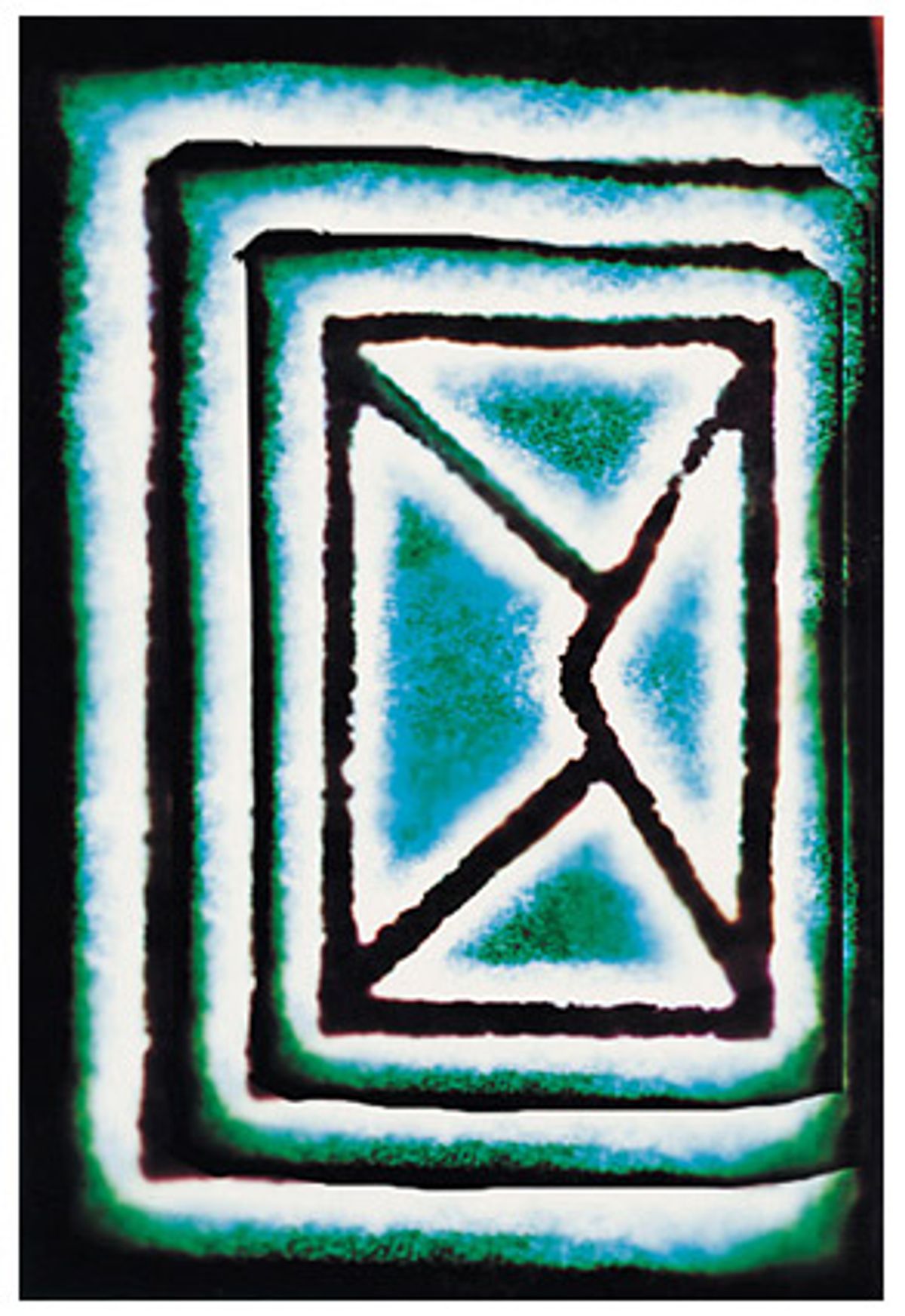 Over the years, junk e-mailers have engaged in countless legal battles with the operators of spam-blocking services. But the latest courtroom clash over the legality of such filters promises to become especially ugly.

Later this month, a jury in Orange County (California) Superior Court is scheduled to decide whether Joe Jared, operator of the free OsiruSoft Open Relay Spam Stopper, negligently blacklisted Pallorium, a private investigation firm that claims it never sent a speck of spam.

A spam blacklist (or "block list") service prevents mail from people or companies deemed to be spammers from reaching anyone who subscribes to that service. Those who end up on such blacklists are rarely happy about it, and in this case, the aggrieved party became hopping mad.

"I am ferociously supportive of legitimate efforts to fight spam. But this was not a responsible or technically sensible way to do it," says Steven Rambam, Brooklyn-based Pallorium's senior director.

Rambam gained fame in 1996 for tracking Nazi war criminals and later for revealing that Elvis Presley had Jewish ancestors. He accuses Jared of erroneously including Pallorium's e-mail server in OsiruSoft's database in July 2003. Rambam says there's no proof his firm ever sent spam, or even that its e-mail server was an "open relay" exploited by junk e-mailers to disguise their spams. The listing was obviously a mistake, according to Rambam, but Jared refused repeated requests to correct it.

As a result, Pallorium had difficulty invoicing clients, sending reports and otherwise communicating via e-mail for several weeks until it moved its e-mail server to a new network, he claims.

"Joe Jared cost me a lot of money. He was essentially putting us out of business. But if he had chosen to act responsibly, this lawsuit would not have happened," says Rambam.

Jared, who refers to himself online as Citizen Joe, says he never made a dime from the OsiruSoft filter service. (Besides working as a contract programmer, his day job is running a small business that designs custom shoe inserts known as orthotics.) Jared shuttered the anti-spam service in August 2003, after suffering months of distributed denial-of-service (DDoS) attacks aimed at preventing his blacklist service from working effectively.

In court documents, Jared suggests that the DDoS attacks, which he blames on spammers, were likely the cause of Pallorium's difficulty in contacting OsiruSoft or using the site's automated system for correcting mistaken listings.

Rambam counters that the dramatic manner in which Jared shut down his service further illustrates what he considers Jared's "gleeful negligence." On Aug. 26, 2003, Jared placed a notice at his site instructing users to stop using OsiruSoft's data. To drive home the point, Jared configured the service to block all addresses on the Internet. The result was a period of chaos for many users of the filter.

Pallorium isn't the first organization to complain about collateral damage from Jared's service. In 2001, OsiruSoft was criticized for blacklisting a San Francisco arts group that was operating an open e-mail server -- even though there was no evidence the server had ever been abused by spammers.

Nor is Rambam's lawsuit against Jared his first attempt to squelch unflattering Internet postings about him. Since 1997, Rambam has been involved in litigation against the Jewish Defense Organization and others for defamation.

"By the end of the year, I will have a judgment against Joe Jared, and I'm going to enforce the judgment because he's been so nasty to me," says Rambam.

The Pallorium vs. Jared trial is scheduled to begin Sept. 20. The case follows a 2003 attempt by an anonymous group calling itself EMarketersAmerica.org (EMA) to sue nine spam fighters, including Jared and Steve Linford, operator of the Spamhaus.org spam information and blocking service. The EMA withdrew its lawsuit in September 2003 after the defendants' attorney filed 500 pages of discovery -- requests for business documents, programs, communications and other information.

Jared initially withheld announcing the Pallorium lawsuit, which was filed in October 2003, but he recently began soliciting online donations to a legal defense fund.

"I figured it was such a ridiculous case that I could handle it myself. I was wrong," explained Jared. "I also needed to stay in the background to avoid further retaliation from the DDoS mafia."

In a matter of days, supporters contributed around $1,600 to Jared's defense, which is being handled by the Morris Law Firm. In a Usenet newsgroup devoted to spam fighting, some Internet users have expressed alarm over the lawsuit.

"Joe is being personally sued because he ran Osirusoft," wrote one participant in the news.admin.net-abuse.e-mail newsgroup. "Anyone that participates in this newsgroup, runs a block list, IP identifier list, domain name list, or just posts spammer information on Usenet or the Internet could have [that] happen to them."

Jared launched the OsiruSoft Open Relay Spam Stopper as a public service in early 2000. At the time, a large percentage of spam originated from "open relays" -- e-mail servers configured to allow anyone on the Internet to send messages through them. Anti-spammers such as Jared sought to close the vulnerability by developing automated tools and Web sites for testing and reporting open e-mail servers. Jared eventually expanded his filter service to block other spam sources, using data from other junk e-mail block lists. In its heyday, the OsiruSoft service was reportedly used by several large Internet service providers, including Pacific Bell, Ameritech and Prodigy.

Since Jared's filter was based on a compilation of several other databases, including the controversial Spews.org service, he is likely protected by the safe harbor provision of the U.S. Communications Decency Act, according to Pete Wellborn, the attorney who defended anti-spammers in the EMA lawsuit. Under the law, online service providers may not be liable for the content they publish as long as they don't censor or edit the information, says Wellborn.

But Pallorium's attorney, Gary Kurtz, says he will convince jurors that Jared is responsible for any damage caused by third parties who used his erroneous listings. And, according to Kurtz, the fact that Jared operated OsiruSoft's spam service as a hobby doesn't shield him from responsibility.

"If my hobby is shooting guns out an open window, I'm still liable to anybody that I hit," says Kurtz.

As the global spam problem grows worse, Internet service providers and corporate e-mail administrators are increasingly dependent on spam blacklists to protect their users from junk e-mail. Some spam opponents fear the Pallorium lawsuit could have a chilling effect on other spam-filtering services. In May 2001, Alan Brown, the operator of the Open Relay Behavior-modification System (ORBS), shut down the anti-spam service and temporarily fled his native New Zealand after being sued over some listings.

But Laura Atkins, a partner in the anti-spam consulting firm Word to the Wise, says cases such as Pallorium vs. Jared simply highlight what she characterizes as a "flight to quality" by users of spam blocking services.

"A few years ago, it seemed like everybody was running a spam block list, and not all operated with the same diligence and professionalism. In the past 18 months, a lot of people have started looking real hard at what block list they are using," says Atkins.

Linford, operator of the Spamhaus Block List (SBL), says Spamhaus and other responsible list operators quickly correct any errors in their listings. But he said that filter maintainers bear no legal responsibility to e-mail senders.

"The rights of an e-mail sender end at the receiving network's border," says Linford.

Jared seems to agree. Internet users have the legal right, he says, to choose what comes into their in box, and to refuse mail from anyone for any reason. Although his service has been defunct for over a year, Jared says he will fight the Pallorium lawsuit on principle.

"I have to fight this case because, in my opinion, it could impact the property rights of others if I don't. Your right to speak should never impact my right to not listen, especially when it's in my own home," says Jared.

While OsiruSoft's filter is no longer operational, Jared can take some comfort in knowing it helped eliminate one of the biggest conduits of spam. According to spam experts, open relays are no longer a significant source of junk e-mail -- thanks primarily to smothering filters like OsiruSoft's.