It may not push all the right buttons, but somehow this thriller starring Kim Basinger and William H. Macy manages to get through. 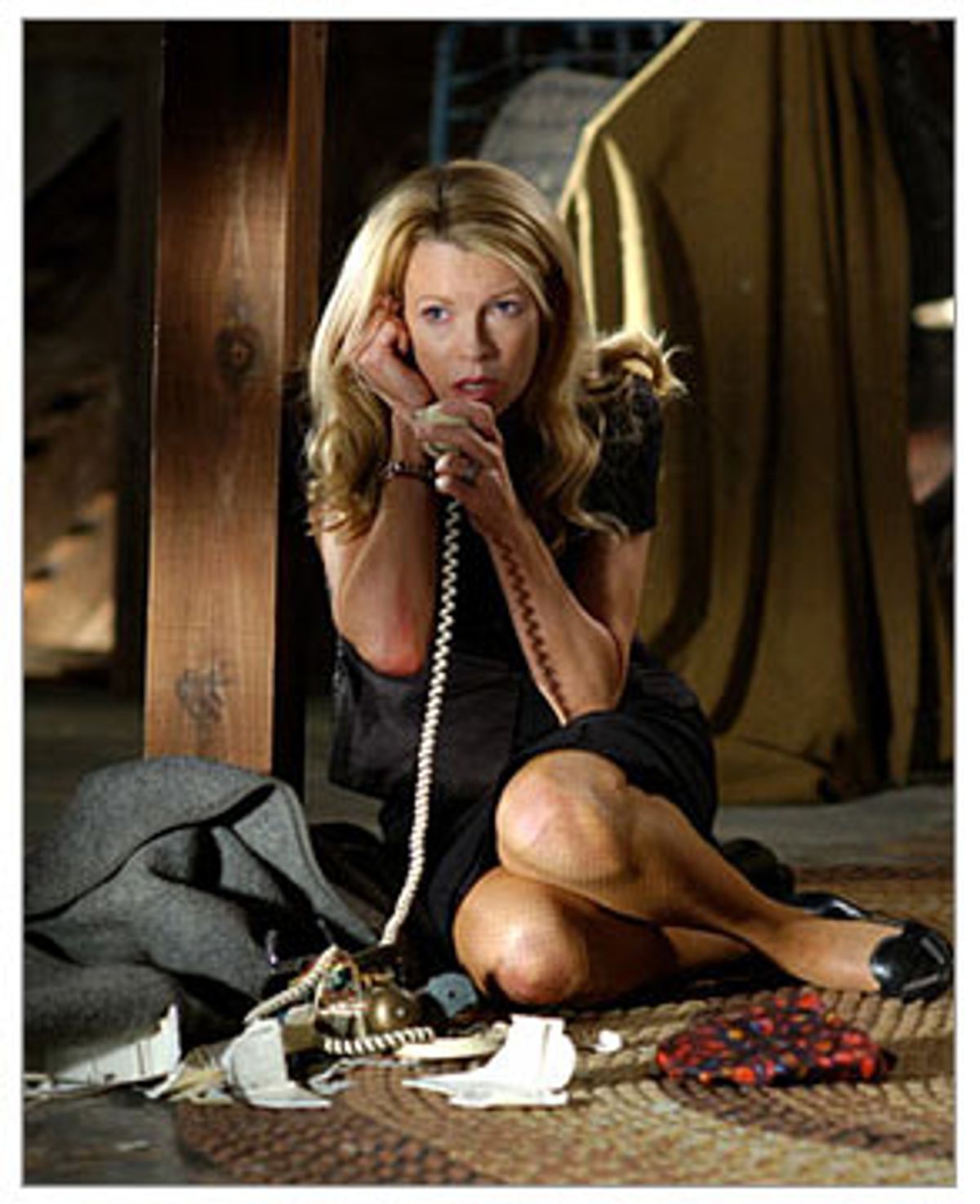 Few people seem to know how to make thrillers anymore, a shortage that has served Hollywood increasingly well. Once in a while there's a surprise -- Paul Greengrass' exhilarating, grown-up "Bourne Supremacy," for example.

More often, though, our standards beaten down with a big stick, we slink toward the multiplex on a Saturday night, figuring that one thriller might be slightly superior to the other ("Suspect Zero" over "Wicker Park"?) but suspecting, deep down, that in the long run they're pretty much the same creature wearing slightly different overcoats. Still, we lay down our ticket money because, face it -- sometimes only a thriller will do.

If only because our expectations have been ground to a dull nub, David R. Ellis' "Cellular" offers a small semicircle of hope. Kim Basinger plays Jessica, a well-heeled Brentwood biology teacher who's kidnapped by a gang of baddies led by a grim thug named Ethan (Jason Statham). They're after her son next, and they're getting ready to nab him when he's let out of school.

After tossing Jessica into a locked attic, in a house whose location is of course a mystery to her, Ethan takes note of an old-fashioned phone mounted on a post in her little prison and smashes it with a giant mallet (a mallet that Jessica momentarily believes, as we do, to be meant for her head). After he leaves, Jessica notices that the phone's busted-up parts are still emitting faint blips and bleeps. Resourcefully, she tippety-taps a few wires together until she manages to reach a random cellphone number -- that of a good-looking, ambitiously aimless beach bum named Ryan (Chris Evans, of "The Perfect Score").

In a desperate, tattered whisper, Jessica begs for his help. At first, Ryan tries to brush her off as a joke: "This has been fun, but now you're wasting my minutes." But his decency gets the better of him, and as the danger Jessica faces becomes clearer to him, he tries ever more desperately to help her -- without losing the connection.

"Cellular" is based on a story by exploitation-movie eminence Larry Cohen, most recently the writer of "Phone Booth" and, much further back, the creator of an almost-legendary 1960s summer-replacement show called "Coronet Blue," which featured an amnesia plot that never resolved itself, causing untold numbers of TV-obsessed kids to grow up wondering if the show actually existed or they'd dreamed it all up.

What's remarkable about "Cellular" -- Chris Morgan wrote the screenplay -- is that it doesn't exhaust the novelty of its idea in the first 20 minutes. The predicaments it invents for Ryan are almost dazzlingly pedestrian: Cut off by a bus! Cellphone battery running low! Surrounded by a gaggle of schoolboys dressed identically -- which one is Jessica's son? Ryan meets every challenge inventively, particularly the threat of the pooped-out cellphone: Frustrated that he can't get immediate service in a cellphone store, he brandishes a tiny pistol he's found and demands in a high, pinched voice, "Now listen, give me that goddamn charger!"

Evans gives his role a throwaway lightness -- he plays Ryan as a supremely conscientious and somewhat hapless good Samaritan, and Ellis never bogs him down with heavy-duty action-movie heroics. On the other hand, William H. Macy, one of those rare actors capable of single-handedly elevating the quality of any picture they appear in, does get to be an action hero, and the role suits him surprisingly well.

Macy plays Mooney, an earnest cop who, after 27 years on the force, is looking forward to his impending retirement so he can open a day spa with his significant other. (His colleagues demeaningly refer to it as a "beauty parlor.") His plans are derailed when he's accidentally drawn into Ryan's adventure. Defending himself in a house he believed to be empty, he's forced to blast a goldfish bowl to bits. A few moments later, we see the rescued goldfish flitting around in a wine goblet. That's the kind of touch that gives an actor like Macy plenty to work around, even though we never see him do anything as starkly defined as work. Macy can play a scene with a goldfish and make it look like a meaningful exchange.

Ellis, who also directed "Final Destination 2," has taken some care in shaping the material -- his movie isn't just a jumble of cool shots and whipsaw editing. The picture has a low-stakes, cop-show vitality to it; it doesn't pretend to be more than the sum of its parts.

But entertaining as "Cellular" is, Ellis doesn't have complete control over its tone. The picture is snickeringly funny in places (particularly a sequence involving a snotball lawyer and his freebie sports car with its "WL SU YOU 2" license plate). But Ellis can't always distinguish between suspense and sadism, and unfortunately, Basinger is the performer who suffers for that. Basinger is a limited actress, but there's a fragile sweetness about her that tends to inspire protectiveness in an audience, if not excitement. Ellis seems to take far too much pleasure in showing her being knocked around and terrorized: When Statham, as Ethan, swings at her with that mallet, or seizes her and lashes her slender neck to a post with his leather belt, her eyes betray genuine terror.

This bothered me as I watched "Cellular," and after reading the press notes for the movie, I understood why. Ellis claims that he didn't rehearse some of the "more physical scenes" between Statham and Basinger; instead, he gave Statham an idea of the effect he was after and allowed Basinger to be surprised.

Surprised by having a belt whipped around your neck? "Surprising" an actor like that isn't directing -- it's cheating. Actors are paid to act. Tricking a good performance out of them isn't evidence of a director's skill -- only of his cluelessness. (The "directors" of "The Blair Witch Project" used similar tricks on their actors -- and where are they now?)

Ellis has some talent, or at least a sense of how to keep a thriller moving, and later in "Cellular," Basinger gets a chance to be more than just a terrified beauty. (Be on the lookout for her dazzling 10th-grade biology trick.) But her debasement in the early part of the film is unpleasant to watch, and it's an unsettling bump in the context of the entertaining sheen of the rest of the picture. So much of "Cellular" is right on the button. If only it hadn't gotten its wires crossed.