Will John Sayles' new movie live up to all of this year's Fahrenhype? Watch the first eight minutes here and take a guess. 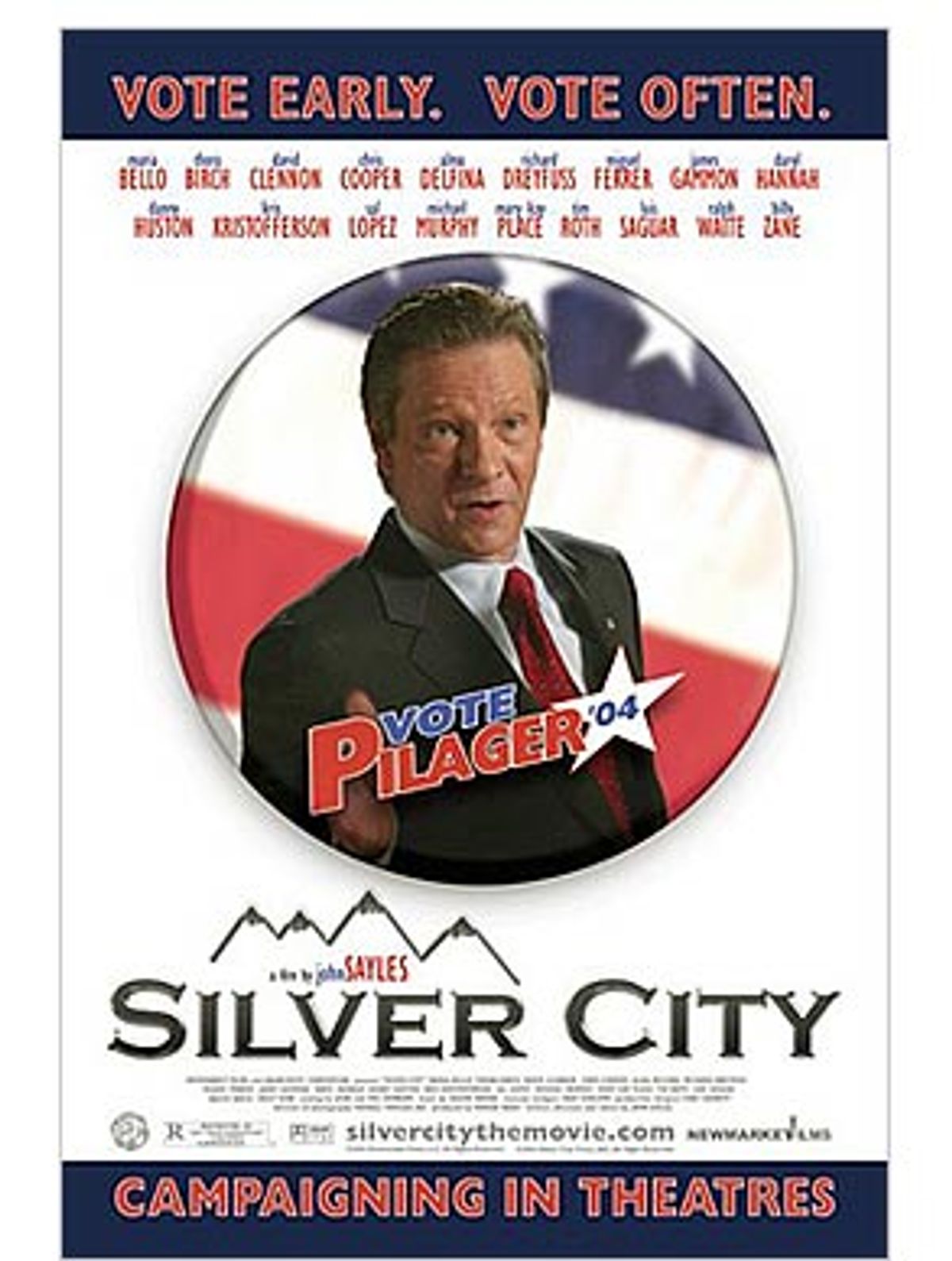 Dickie Pilager is a born-again, grammatically challenged, corporate sop who loves to invoke fear with references to "wrongdoers." Yes, he's running for governor in Colorado, not Texas, and his father is a former senator, not president. But you don't have to be a genius to figure out that Pilager, played by Chris Cooper in John Sayles' upcoming "Silver City," is a satirical turn on you-know-who. This latest entrant in the year of the political film is being hailed in early reviews as "something rare among the dozens of politically themed works on screen and on stage: a Bush-bashing work that is more than Bush-bashing" (New York Times). Will it live up to such Fahrenhype when it opens Sept. 17? Does Dickie Pilager make a more Manchurian candidate? Watch this exclusive excerpt of the film's first eight minutes and make up your own mind.