Bush in the National Guard: A primer

The flap over dubious documents has obscured the real story. Here it is. 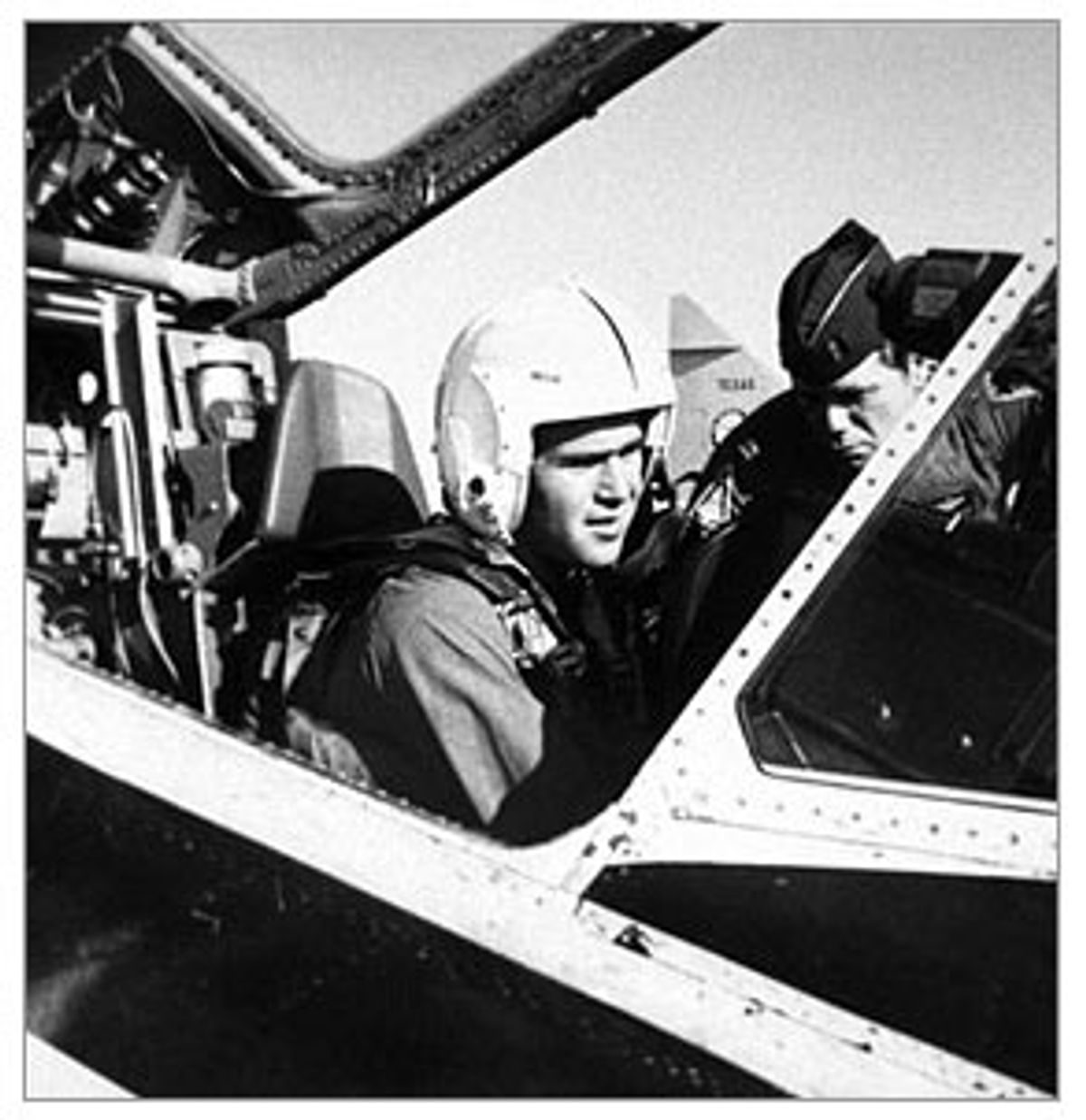 Under order from U.S. District Court Judge Harold Baer Jr. to find and make public any of President Bush's military records that had not already been released, the Pentagon late on Friday released yet another batch of documents. None of the new paperwork addresses the lingering questions surrounding Bush's service in the Texas Air National Guard during the height of the Vietnam War, how Bush's own records indicate he missed mandatory duty for months at a time, or how he managed to go unsupervised for nearly two years. The federal court order stems from an ongoing lawsuit filed by the Associated Press in June to obtain all of Bush's relevant records. In February, when White House aides told reporters they had made public "absolutely everything" about Bush's military service, the AP noticed several obvious gaps and went to court to obtain additional documents.

The lawsuit had already resulted in the disclosure of previously unreleased flight logs that indicated that Bush, a fully trained pilot since 1970, often flew two-seater training jets in March 1972, shortly before he piloted a plane for the last time. This despite his promise, when he entered the Guard's training program, to serve as a full pilot until 1974.

It may have been an irrational time for him, but Bush managed to focus intently on not serving in the Guard in any significant capacity again. His public records paint a portrait of a Guardsman who, with the cooperation of his Texas Air National Guard superiors, simply flouted regulation after regulation (more than 30 by Salon's count) indifferent to his signed obligation to serve.

The details can get a bit obscure, but the basic timeline of Bush's service between 1972 and 1974 is easy to follow: In spring 1972 Bush attempted to permanently transfer to a non-flying Alabama Guard unit. During the second half of 1972 he missed many of his required weekend training drills. At the end of the year he returned to Houston. Bush then had to make up the absences he had stacked up while in Alabama through "substitute service" training in 1972 and 1973. In July 1973, Bush asked to be released by the Texas Air National Guard so he could attend Harvard Business School. In September, the Guard let him go, and the Air Force officially dismissed Bush in November 1974.

Yet looking at the already available public records, they raise as many questions as they answer about Bush and his surrogates' accounts of his service -- because from his Alabama transfer to his missed physical to his substitute service to his "inactive status" to his honorable discharge, it was as if Air Force and Guard regulations simply did not apply to Lt. Bush. He seemed to become a ghostlike figure, doing -- or not doing -- whatever he pleased, unsupervised and unrated by his commanders. One serious question is whether some of Bush's superiors may have played an active role in hiding Bush's shoddy record -- pressured perhaps by powerful politicians -- by crediting him with crucial makeup training days that appear dubious in nature.

None of the discrepancies detailed below between Bush's accounts and what his records show are based on the disputed memos reportedly written by Lt. Col. Jerry Killian that were aired by CBS News two weeks ago. CBS executives now concede they have concerns about the memos' authenticity, but stress that the contents accurately reflect the turmoil Bush and his chronic absenteeism created for the Texas Air National Guard, as reported by others who worked with Killian. In an interview with New Hampshire's Manchester Union Leader on Saturday, Bush would not say the documents were forgeries. He added, "There are a lot of questions about the documents and they need to be answered." But the authenticity of the memos, which contain very few facts about Bush's actual service, is a sideshow in the effort to determine the truth about Bush's military service. (Independent researchers such as Paul Lukasiak, retired Army Col. Gerald Lechliter and Marty Heldt have contributed to this ongoing effort to uncover the facts.)

(Note that statements below that certain documents do not exist, or that Bush failed to obtain proper authorization, are based on the White House's repeated insistence that all relevant Bush military documents have been made public. Some of these documents, of course, may yet turn up.)

But Bush served as a pilot with his parent unit for just two years.

But Bush failed to get the authorization.

But no such document exists.

But he wrote down a post office box number for the campaign he was working for on a temporary basis.

But Bush, an F-102 pilot, erroneously wrote the code for an F-89 or F-94 pilot. Both planes had been retired from service at the time. Bush, an officer, made this mistake more than once on the same form.

But Bush pressed on with his transfer request nonetheless.

But Bush failed to attend weekend drills in May, June, July, August and September. He also failed to request permission to make up those days at the time.

But there is no record that Bush ever received such counseling, despite the fact that he missed drills for months on end.

But his unit never reported Bush's absenteeism to Randolph Air Force Base.

But no such FEB was convened.

But Bush's commanders made no such request.

But there's no evidence Bush ever showed up on those dates. In 2000, Turnipseed told the Boston Globe that Bush did not report for duty. (A self-professed Bush supporter, Turnipseed has since backed off from his categorical claim.)

But no such documents exist, and the dates he was credited for do not match the dates when the Montgomery unit assembled for drills.

But Nov. 13 and 14 were both weekdays. He should have been awarded two points.

But he should have earned four points, one each for Thursday and Friday, two for Saturday.

But after 1972, when Bush's absenteeism accelerated, nearly half of his credited UTAs were for weekdays.

But more than half of the substitute service credits Bush received fell outside that clear time frame. In one case, he made up a drill nine weeks in advance.

But no such written acknowledgment exists. In 2000, Bush spokesman Dan Bartlett told the Boston Globe that Bush couldn't remember if he'd ever been grounded.

But only Air Force flight surgeons can give flight physicals to pilots.

But Bush's last Guard physical was in May 1971. Bush was formally discharged from the service in November 1974, which means he went without a required physical for 42 months.

But there is no record of any such document having been sent to Bush's draft board in Houston.

But Bush's request to serve in Alabama covered only September, October and November 1972. Why he would still be serving in Alabama months after that remains unclear.

But no such documents exist.

But neither Bush nor the Texas Air National Guard has ever explained what the uncontrollable circumstances were that forced him to miss the majority of his assigned drills in his last year.

But at the end of April, when Bush's Texas commanders had to rate him for their annual report, they wrote that they could not do so: "Lt. Bush has not been observed at this unit during the period of this report."

But Bush's commanders ignored the request.

But that's not possible. Guard units hold only two UTAs each month -- one on a Saturday and one on a Sunday. Although Bush may well have made up four days, they should not all have been counted as UTAs, since they occur just twice a month. The other days are known as "Appropriate Duty," or APDY.

But Bush never contacted another unit in Massachusetts in which to fulfill his obligation.

Despite the laundry list of Guard discrepancies, Bush, when asked about his service this weekend, insisted, "I did everything [my superiors] asked me to do."