Republican congressman Steven LaTourette of Ohio left his wife for a female aide who now makes a lucrative career out of lobbying his committee. 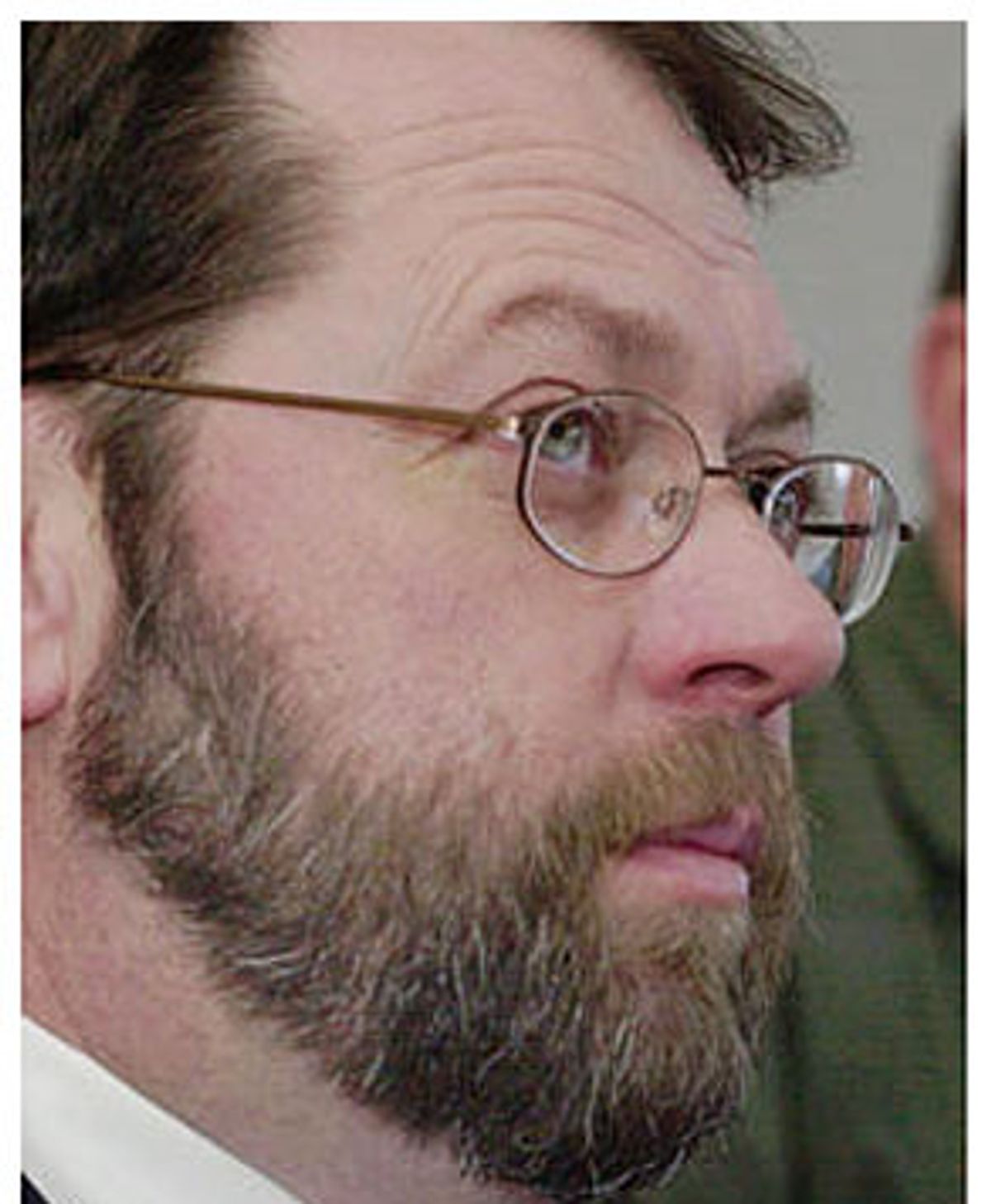 This month Washingtonian magazine released the results of its annual poll of Capitol Hill staff members, who were asked to rank their top three picks among the 535 U.S. senators and representatives in categories ranging from "Best Dressed" to "Gutsiest." Rep. Steven LaTourette, R-Ohio, achieved distinction as "No Altar Boy." The magazine offered no explanation.

LaTourette, a member of the Republican class of 1994, a cadre in Newt Gingrich's "revolution," is now running for a sixth term in Congress in Ohio's 14th District, a suburban, mostly working-class area outside Cleveland. A former prosecutor, LaTourette has used conservative social issues to turn the once Democratic district into a marginally Republican one. He is a favorite of the National Rifle Association. Now, unexpectedly, he finds himself trying to beat back a surprisingly strong challenge from a political newcomer, 26-year-old Capri Cafaro, who won the Democratic Party primary in a wide field and has family wealth (a string of shopping malls) to sustain her campaign.

LaTourette's district, like much of Ohio, has been particularly hard hit by job losses during the Bush presidency. And Ohio is an all-important swing state where Democrats have invested copious amounts of money in support of John Kerry's presidential bid.

But there is a factor in the contest other than job losses and Cafaro's potential viability as a candidate. It is signified by LaTourette's estranged wife's defiant posting of "Cafaro for Congress" signs in her front yard. According to a local weekly newspaper, Cleveland Scene, "she probably wouldn't mind staking the sign elsewhere -- like, say, through a certain congressman's heart."

LaTourette's affair with a Washington lobbyist was exposed by the Hill newspaper in 2003. The father of four and husband of 21 years voted for President Clinton's impeachment, but he has also joined moderate Republicans on a number of issues, including support for hate crimes legislation. He was blending into the woodwork as a Republican Party regular -- not as extreme as some of his more partisan colleagues but acceptably conservative (the Christian Coalition recently rated his voting record 84 percent favorable) -- when the revelation of his affair made him a poster boy for Republican "family values" hypocrisy.

The Washington lobbyist and her background have gone unmentioned in previous published accounts of the affair. But two sources close to Susan LaTourette, the congressman's wife, have told Salon that the lobbyist is Steven LaTourette's former chief of staff, Jennifer Laptook, whose work as a vice president for the firm Van Scoyoc Associates consists of pushing the interests of various Ohio-based clients before the staff of the House Transportation and Infrastructure Committee, on which LaTourette sits. He is also chairman of the Subcommittee on Economic Development, Public Buildings and Emergency Management.

The affair began when Laptook was on LaTourette's staff. Immediately upon leaving his office in March 2003, she was hired for the lucrative business of influencing LaTourette's committee. Touting her qualifications, the Van Scoyoc Web site states: "As chief of staff, Laptook was responsible for advising on all legislative issues, particularly those that came before the committees on which Congressman LaTourette serves. Laptook worked intimately with the House Transportation and Infrastructure Committee staff, on which the congressman is a senior member."

Susan LaTourette never moved to Washington with her husband when he was elected to the House of Representatives in the Republican sweep of 1994. Instead, she chose to stay at home, in suburban Madison, Ohio, with their children. Last October, she said, she was startled to receive his telephone call to tell her "he had a girlfriend and wanted a divorce."

LaTourette told the Hill she never really knew where her husband lived in Washington. "I think Washington corrupts people," she said. "He was a wonderful husband and father, the best I ever saw, until he went there. I told him I was trying to get him out of the dark side -- all that power and greed and people kissing up to them all the time. Now he's one of them. All they care about is getting reelected. I hate them all."

The Cleveland Plain Dealer, the big daily in the region, buried the story on Page 5 and excised Susan LaTourette's pungent remarks. But it reported that a congressional digest listed LaTourette as divorced. LaTourette "said then that he told his staff to list him as divorced because he was going through a 'difficult period,' but added, 'I am not divorced. I am not planning to be divorced. Nor have I ever been a Communist.'"

Laptook acquired some major Cleveland-area clients for her lobbying business almost the instant she left the representative's staff. According to filings with the U.S. Senate Lobby Report, her clients include the Cleveland Clinic Foundation, Cleveland Museum of Art, Cleveland-Cuyahoga County Port Authority and University of Akron. Her fees range from $40,000 from the Port Authority to $60,000 from the art museum to $100,000 from the Cleveland Clinic. Just one year before, most of these same interests had other representation. But they suddenly decided to switch.

The arrangement has worked out well for them. The Cleveland Museum of Art, for example, has been allocated nearly $7.9 million by Congress for a bus stop and parking lot. The Cleveland Clinic was awarded $8.4 million for its "intermodal center and parking facility."

Laptook is able to do business as she does because of a loophole in the law. Because she lobbies only the Transportation and Infrastructure Committee, and not her former boss's congressional office directly, she was able to evade the ban on "direct lobbying" for one year after leaving LaTourette's employ.

Melanie Sloan, executive director of the nonpartisan Citizens for Responsibility and Ethics in Government, says such a transparent ploy remains unethical: "You don't get to lobby your former boss just because he happened to get a certain committee assignment. You are still lobbying your former boss. This is yet another unethical situation where members of Congress let close political allies make money off of connections." Neither LaTourette nor Laptook responded to calls from Salon seeking their comment.

As it happens, Rep. LaTourette is also a member of the House ethics committee. He recently sat in judgment on Majority Leader Tom DeLay when he was investigated for offering financial support to the political campaign of a retiring representative's son in exchange for his vote on the Republican Medicare bill. Although LaTourette has received $16,000 in campaign contributions from DeLay since 1994, he said before the committee's report was issued that he would not be influenced by any such relationship. "This is typical of the ethics committee, which is a joke," says Sloan. "It exists only to give cover to those acting unethically." On Sept. 30, the ethics committee voted to admonish DeLay, but not to levy any penalties.

In August, Susan LaTourette gave an interview for a Cleveland TV station's 6 o'clock news broadcast, which showed her at her home putting up her husband's opponent's signs. "The qualities I look for in a congressperson are truthfulness, honesty and decency," she explained. She also told the TV audience that she couldn't discuss her divorce proceedings, alluding to a confidentiality agreement. "I'm not allowed to talk about anything to do with our marriage or divorce."

Nevertheless, she once again commented on the baleful influence of Washington on susceptible politicians: "Congressmen are gods. Senators are gods. And there are tons of aides and tons of lobbyists, and they kiss their butts and they love that. Power corrupts, and I think the longer you're there, the more corrupt you become."

Cliff Schecter is a public relations strategist, author and nationally syndicated columnist. He is a consultant for Mayors Against Illegal Guns.