The latest job figures show that Bush has bungled the economy as badly as he has Iraq. 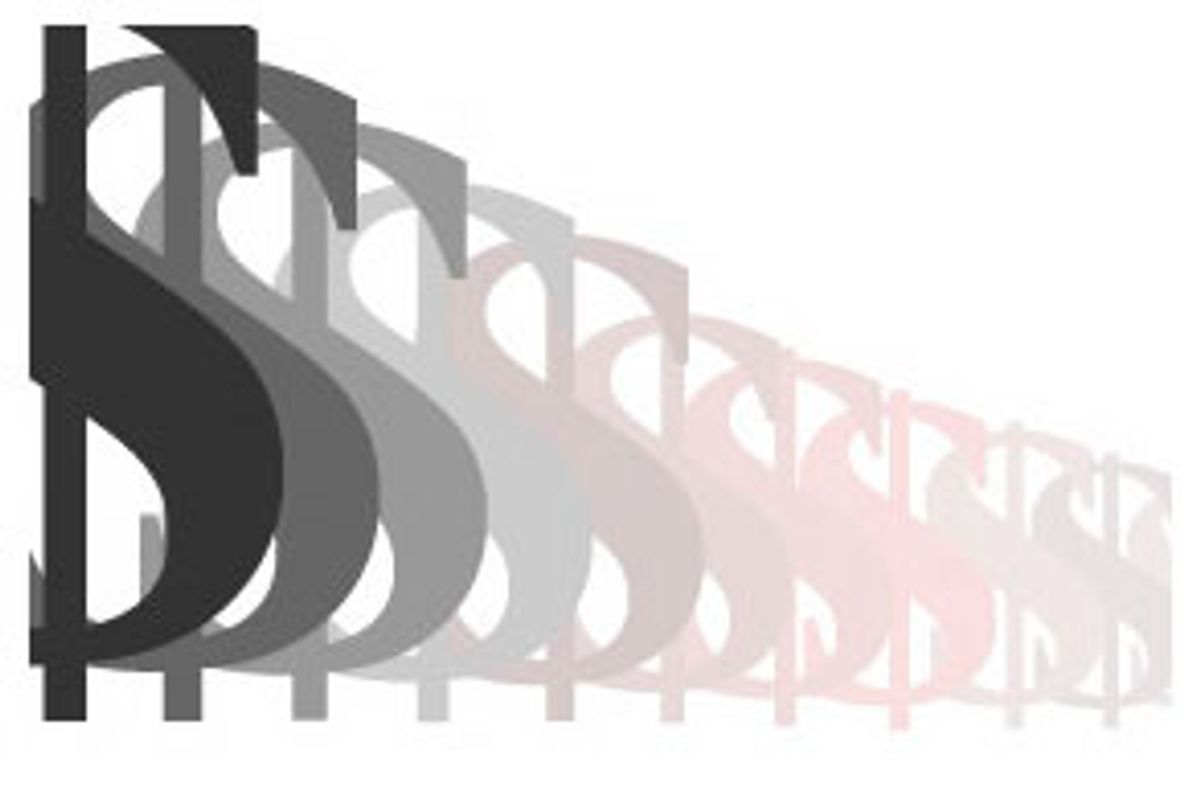 Only 95,000 payroll jobs were created in September, according to the Bureau of Labor Statistics on Friday morning -- a chilling number released hours before the second presidential debate. Of these jobs, only 59,000 were in the private sector. Manufacturing employment declined by 18,000 jobs. Only 103,000 payroll jobs have been created on average in the past three months. Only 1.7 million new jobs were created in the past year -- Bush's best year, but worse than in any year under Clinton. We remain almost a million payroll jobs below where we stood on the day George Bush took office. In the household survey, 201,000 jobs were lost last month. Truly, Bush is President No Jobs.

But the news does not merely confirm that grim narrative about Bush's presidential term. It also points to an ongoing reality. It's not just that job growth has been miserable in the past four years. It's that it continues to be miserable right now and has actually gotten worse since the spring. Job creation since June is 150,000 short of the minimum required to keep up with population growth. This isn't a "jobless recovery." It's jobless, yes. But is it a recovery?

Sandra Pianalto, president of the Cleveland Federal Reserve Bank, typifies the view of the uncured optimists. Speaking Thursday, she offered two possibilities: "As the unemployment data arrives over the next several months, we may very well see the jobs numbers snap back if confidence in our economy is restored, economies around the world strengthen, and energy prices stabilize." And on the other hand? "But it may turn out that the process of job expansion will take more time ..."

Ostrich! Take your head out of the sand! There is, let me humbly suggest, a third possibility. To see what it might be, let's review a little bit of the evidence from recent days.

1) The GDP growth rate peaked a year ago. Since the first blush of excitement following the cakewalk to Baghdad, growth rates have been sliding almost all the way: 7.4, 4.2, 4.5, and 3.3 percent. And the second quarter of 2004 would have been below 3 percent, except for a large buildup in unsold inventory. That is leading to production cutbacks in the present quarter.

2) Predictably, we now have an actual decline in new orders for manufactured goods in August. We have an even larger decline in new orders for durable manufactures. The growth of new home construction in the past three months, through August, is well below what it had been in the previous four. The issuance of new construction permits has fallen quite sharply. The purchasing managers' index has fallen two months running, and in four of the past six months.

4) Meanwhile the oil price is above $50, and there is no sign that it will come down soon. Interest rates are rising, for reasons that remain carefully obscured, but probably have to do with deep fears and hidden pressures over the dollar. And the direct spending by government, including state and local government -- remains hobbled by large deficits and financial crisis.

What then is the third possibility? It's that the burst of investment we got following the initial success of the Iraq invasion is petering out, with little to show and nothing coming online. It's that consumers, who supported the economy by spending and adding to debt all through the Bush years, are facing the inevitable and slowing down. It's that nowhere in the world do we see adequate growth to lift the U.S. economy out of the doldrums. And while oil prices may stabilize at $50 a barrel, does anyone believe the U.S. economy will do as well with $50 oil as we did when oil sold for $20 a barrel?

As of now, the Federal Reserve is forecasting a 4 percent growth rate for 2005. The National Association for Business Economists, that advertisers' auxiliary, is chirping 3.7 percent. These are not very good growth numbers for an expansion that has never seen a sustained burst of strong growth. But they still imply the continuation of the trends in the first half of this year -- especially for consumer spending and business investment. At the moment, given developments in the past three months, the smart money has to be betting against that.

And, as Bloomberg News reported yesterday, the smart money is betting against it. A Business Council survey of 50 corporate chief executives revealed that they expect economic growth of only 2 percent next year -- a further sharp deceleration compared with this year. Not a single leading businessman in the sample expected accelerating growth. Even more surprising, the bosses are bearish even though they expect oil prices to stabilize and their own profits to pick up. If they are wrong on those assumptions, well, Katie bar the door.

Why are the bosses so downbeat? Part of the answer is that they are executives. Unlike business economists who work for them, they aren't paid to talk up the market. Another part of the answer is that these gentlemen are realistic. They know that Team Bush has no plan in place, and none in prospect, to support growth next year. Nor will Bush, if he wins the election, have any incentive to develop such a plan. We already know what Bush's economic priorities are, and strong growth isn't among them.

And what if the voters throw out Bush in four weeks? Then it will be up to Kerry and Edwards to cope with the onrushing stagnation. While the false optimism surrounding Iraq will disappear with Bush and Cheney, false optimism on the economy has an institutional base, at the Federal Reserve and among the business economists. That's a problem still to be overcome.

If Kerry and Edwards are smart -- and after two debates does anyone doubt it? -- they will bypass the ostrich colony and the hallelujah choir. Instead, they'll sit down with the real leaders of business and labor and get serious about the real situation and what must be done.