New rule: Everyone has to stop pretending that George Bush is so macho 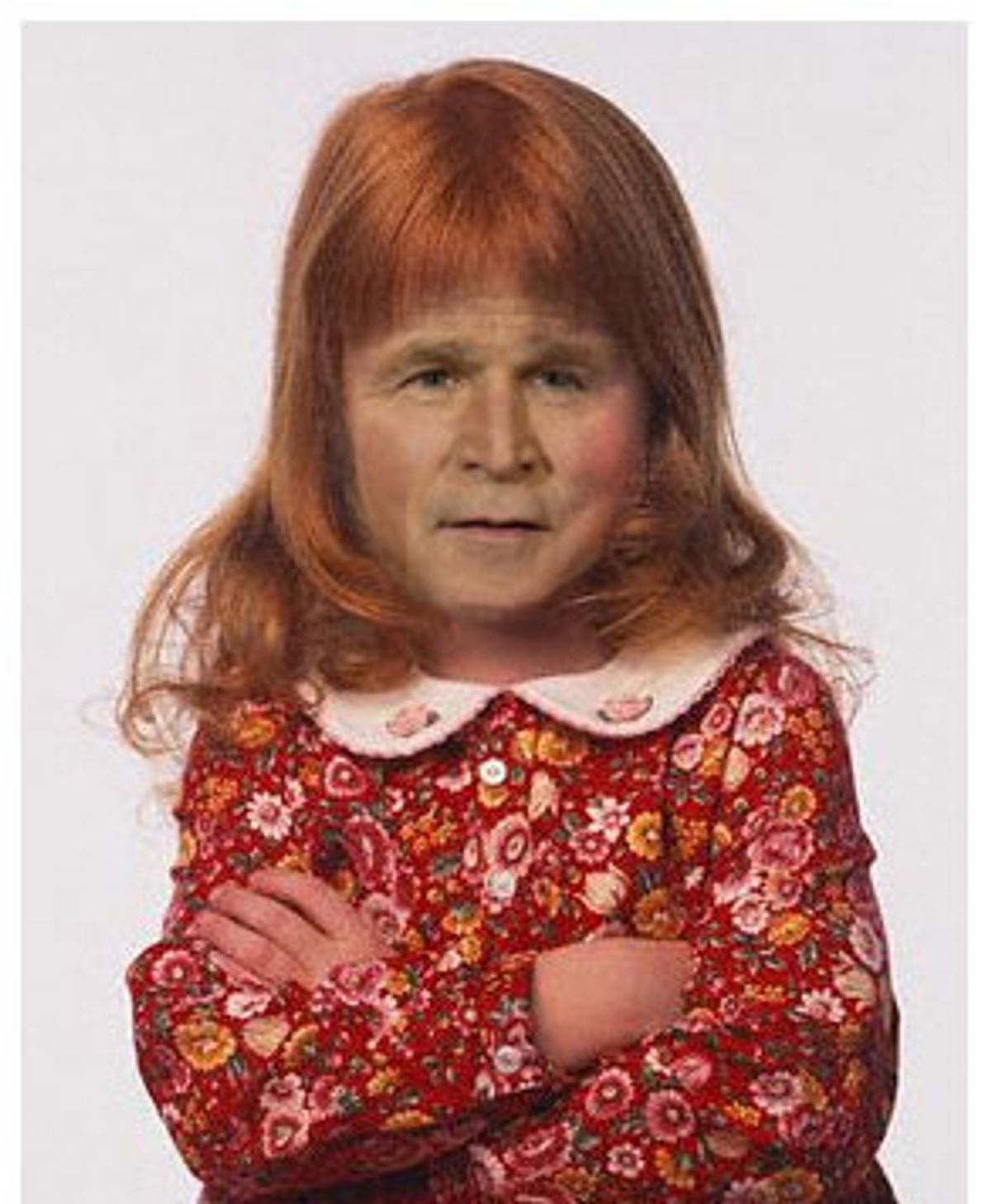 Not a woman -- a girl. Not a week goes by when John Kerry isn't attacked because he said something that hurt someone's feelings. According to Bush spokesmen, Kerry lost the first debate because of his "new insult" to our allies when he said the coalition wasn't genuine. Poland had Lithuania over for a debate party that night, and now they can't look at each other without crying.

All of the attacks on Kerry involve his thoughtless words at the expense of someone's feelings: He hurt the Iraqi prime minister when he said he wasn't legitimate -- the bitch; he hurt the troops in Iraq when he said it was the wrong war at the wrong time -- men!; he hurt the Vietnam vets when he totally broke the girl code and told everybody about their atrocities. And worst of all, he hurt the president's feelings when he laughed at Whoopi Goldberg's jokes.

And another thing about John Kerry: He uses Botox, he spends too much time on his hair, and he's two-faced -- flip-flopper!

"Also, I bet John Kerry didn't deserve any of those medals. I woulda gone to stupid old Vietnam, but I wanted to be a stay-at-home soldier."

Excuse me, this president isn't resolute: He's on the rag.

He stopped having press conferences, which is basically saying, "I'm not talking to you." He couldn't testify before the 9/11 commission without having a man by his side. I'll bet when they have lunch, Cheney orders for him. And then he just eats the salad.

They say Kerry is too sensitive, but they're the ones who turn everything into a big baby mama drama. Bush is the one who looked all crampy and pouty last week: "It's hard work" -- I kept waiting for him to say, "If you don't like how I do your shirts, then iron them yourself."

He even ran for president like a girl in 2000. Promising to "restore dignity to the Oval Office." What man gives a rat's ass about restoring an office? A real man thinks the Oval Office lost all its integrity the day Monica Lewinsky stopped coming in there to blow the president.

And then, in the one area -- I'm talking about Iraq -- where he could use being a little in touch with his feminine side, he acts like the typical stupid male, who gets himself lost, won't admit it, and won't stop and ask for directions. No matter that we've already taken 10 wrong turns and are heading for what seems like it could be a cliff -- no, he's not stopping, not listening to anybody, not reading the instructions, just insisting, "Please, I know what I'm doing."