The race to the bottom

According to the Times' ombudsman, hateful rhetoric from the left this political season is more "vile" than from the right. Maybe that's true of his in box -- but it isn't of America at large. 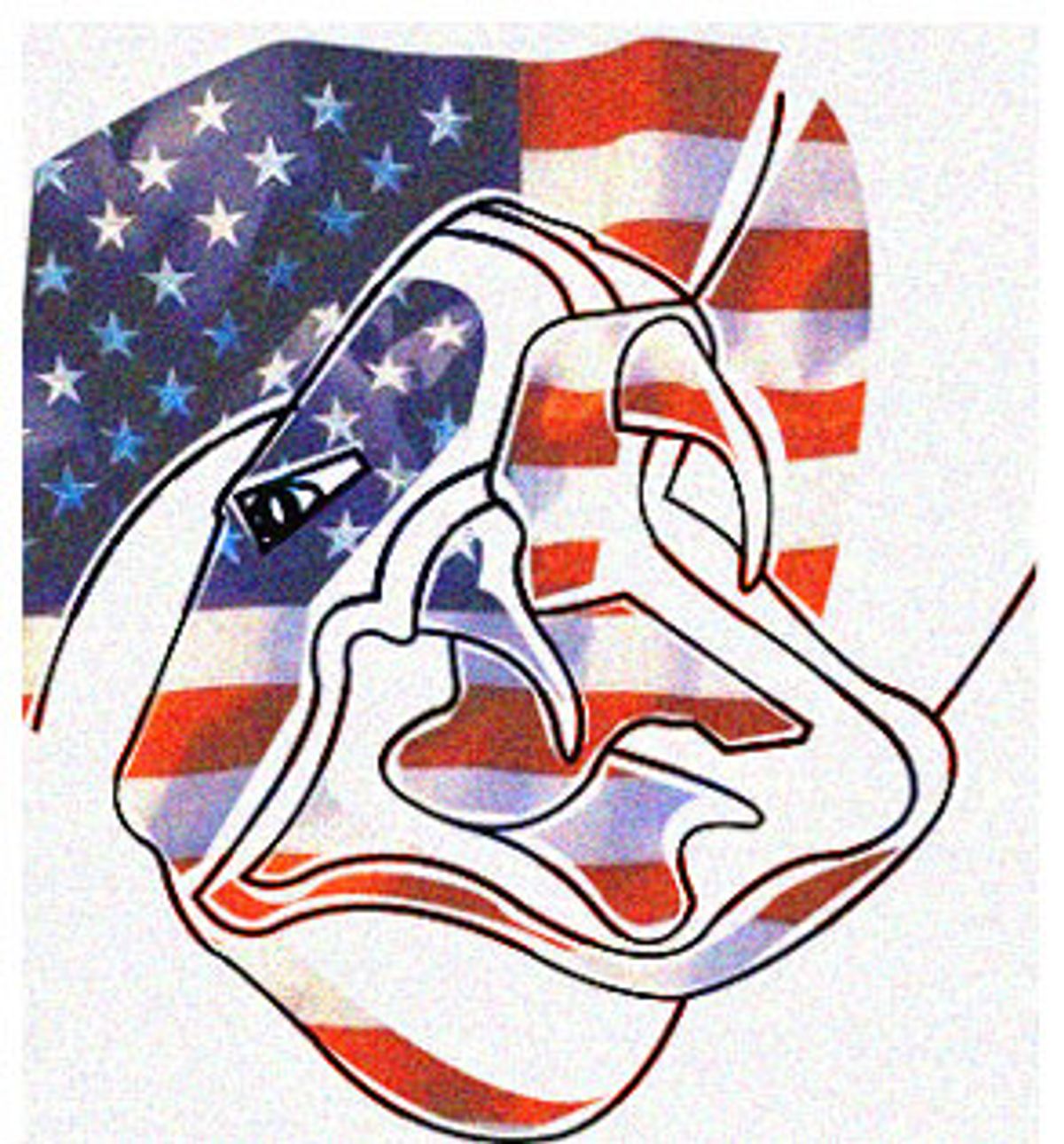 In my weekly column for Salon, Right Hook, I monitor all manner of conservative commentary, from the insightful to the bombastic to the plain outrageous. So I was intrigued when I opened last Sunday's New York Times and read public editor Daniel Okrent's comment that the collective nastiness flung by the political left has done more than that of the right to soil America's national discourse during the 2004 presidential race. The example he offered, in an article otherwise focused on debunking allegations of biased reporting in the Times, seemed worthy of that conclusion.

"Before I turn over the podium, I do want you to know just how debased the level of discourse has become," Okrent wrote. "When a reporter receives an e-mail message that says, 'I hope your kid gets his head blown off in a Republican war,' a limit has been passed. That's what a coward named Steve Schwenk, from San Francisco, wrote to national political correspondent Adam Nagourney several days ago because Nagourney wrote something Schwenk considered (if such a person is capable of consideration) pro-Bush. Some women reporters regularly receive sexual insults and threats. As nasty as critics on the right can get (plenty nasty), the left seems to be winning the vileness derby this year."

Is Okrent right? Certainly the left has turned up the heat lately. A prevailing theme during the Kerry campaign has been that the political left, and the Democratic Party in general, has cowered beneath the roar of the Republican bullying machine. Whenever Kerry has lagged in the polls, his supporters' slightly desperate-sounding mantra has been that he's got to step up and fight fire with fire. Okrent rightly observes that many on the left have taken that message to heart, whether bitter letter writers like Schwenk, or blunt-talking Hollywood libs like Bill Maher (Bush "acts like a girl on the rag").

But Okrent is selling the right-wingers way short. I read these folks every week. "Vicious" is their middle name. They make the left look like a basketful of puppies.

The main problem with Okrent's take is that he fails to distinguish between private and public discourse. He spanked a Times reader publicly for a nasty private e-mail (and deservingly so; if you decide to attack a journalist like that, consider yourself fair game) -- but public discourse is an altogether different matter. When it comes to pumping sleaze for the electorate at large, the right wing wins in a walk. Vast tracts of the nation's corporate-controlled media estate -- whether talk radio (Rush Limbaugh commands 20 million weekly listeners, Michael Savage 6 million) or cable TV, where Fox News Channel has 84 million weekly viewers, a bigger audience than all the other cable news networks combined -- ensure that Americans have 24/7 access to a stream of right-wing bluster. No liberal outlets come anywhere close to the same level of access and influence -- a stark imbalance thoroughly documented by author David Brock, a former right-wing ringleader himself, who now runs the watchdog group Media Matters for America.

Don't get me wrong. Although the right has far more mainstream-media access and barking heads -- Coulter, Hannity, etc., etc. -- some on the left spout off invective that's just as strong. Okrent's point that the left's behavior can be equally debased (and, I would add, borderline useless) should be taken to heart by some of our own readers. Every day we at "sleazy liberal dotcom" Salon (as former Republican Rep. Tom Coburn from Oklahoma recently called us) field reader criticisms of Bush and Co. that would do the Black Panthers or the Weather Underground proud. Lefty activist outfits such as Citizens for Legitimate Government, "a group established to expose the Bush coup d'etat," traffic in puerile rhetoric, referring to "Dictator Bush," while others like International ANSWER favor shrill hyperbole ("Bush's monstrous invasion and occupation of Iraq" is a "reign of terror").

But pay a visit to right-wing outlets like VDARE.com and you'll quickly smack into much uglier polemic. Bryanna Bevens, "a political consultant and former chief of staff for a member of the California State Assembly," denounced Hispanic Heritage Month in September and recommended "National Hispanic Crime Prevention Month," instead. "Utilize our military resources to guard the borders," she wrote. "I like the idea of attack dogs trained to smell and devour sexual predators as well, but I shouldn't be greedy."

The right-wing echo chamber Free Republic, where private citizens spit pseudonymous venom, is also a rich treasure trove of nastiness. In late 2003 when the Massachusetts Supreme Court voted to allow marriage rights for same-sex couples, the Freepers went off:

"This is great that Massachusett's gay judges did this. Let all the fudgepackers move there and be clients of the Dickem and Dunkem (Ted Kennedy) law firm," wrote a poster named "Therapist."

"Can I marry my mule?" asked another.

Another responded: "Sorry. Next step is to give them your boys. They want the age of consent lowered to around 10 years old. Your mule will have to wait in line."

"There is nothing 'normal' about homos," another added. "Even the wild animals know better (Except male goats. They're really filthy)."

Still, Okrent's point that the left gets down and dirty, too, could serve as a wake-up call to the denizens of Schwenk's (and my) hometown of San Francisco, where in some circles such nonsense as asserting that Bush is no different from Hitler is accepted as reasonable talk, and where a good number of self-styled "progressives" gladly advertise as a badge of honor their wish to see cancerous boils plague the president's entire extended family. To equate President Bush with the greatest monster of modern history, whose regime systematically murdered millions of people, is to fall into meaningless and counterproductive rage.

There are better ways for the left to fight back. Distill smarter (read: nuanced) policy ideas into clear, pointed campaign slogans. Deliver gut-punch criticisms of Bush's disastrous policy choices, without succumbing to immature ad hominem rants. Participate in tireless grass-roots mobilizing. But don't chug a bottle of 100-proof Bush hatred, strap on the brass knuckles, and keep punching until your opponent is a lifeless, bloody heap. The right wing leaps happily into bilge water like that dumped by the "Swift Boat Veterans for Truth." The left should stay high and dry and still plan to prevail.

It may be that the 2004 slugfest -- from Fox News' phony charges that John Kerry squeals with delight about his sojourns in beauty salons, to the current hurricane of rumors tearing across the Web that a moronic President Bush has to rely on instructions secretly piped into his head during the debates -- is simply how the game goes.

Even so, with a close presidential race that many Americans regard as more critical than any preceding it (a maxim that has been uttered many times before), the national political dialogue this year has at times oozed a rhetorical stench that seems historically rank. Perhaps that's because it's also shot through with a sharp current of urgency -- whoever next leads the nation will step into the Oval office against one hell of a frightening geopolitical backdrop. (That's true for Bush as well as for Kerry, even if Bush will have in some key respects set the stage for himself.) If partisans and pundits always take a bath in ugly rhetoric during presidential campaigns, it may be that turbulent times -- whether civil war or a war on terrorism -- mean some overtime rolling around in the gunk, no matter how repulsive it gets. You're damn worried about the future of the country, the other side is selling a brew of extremist ideas, and you'll do whatever it takes to help the guy you believe in, win.

But it's just wrong to say that the political left is leading America's plunge into the pits of malicious polemic. The right has slathered itself most generously in rhetorical slime -- whether it's columnist Robert Novak insidiously comparing CIA whistleblowers to Nazis (indeed, the haughty right also enjoys milking the Third Reich metaphors), or radio jock Michael Savage calling for the United States to "execute" thousands of "subhuman" Arabs, or gutless pseudonymous Freepers tagging Kerry-Edwards as "heavy-petting" homos poised to tie the knot and "honeymoon in Frisco."

That's why Fox News icon Bill O'Reilly's appearance on "The Late Show" with David Letterman last week, where O'Reilly called for partisan America to smoke a peace pipe, was comical in more ways than one.

"I really believe both of these guys want the best for their country," O'Reilly said to Letterman, regarding the two presidential candidates. "I really want to emphasize that. We have too much of this hatred going on. Really. It's bad."

Maybe Fox's reigning king of commentary was speaking from the heart. Or maybe he was waxing as disingenuous as when, straight-faced, he welcomes television viewers to the bubblegum boxing ring that is his "no-spin zone." Either way, O'Reilly's love-in on Letterman carried the implicit message that the 2004 race to the bottom of American political discourse, like the contest between Messrs. Kerry and Bush, remains a dead heat.

He's as wrong as Okrent is in awarding the grand prize of sleaze to the political left. It's not even a contest.