"You can't run the world on faith"

Some Reagan conservatives decry Bush's "Messianic" approach and preference for dogma over evidence. 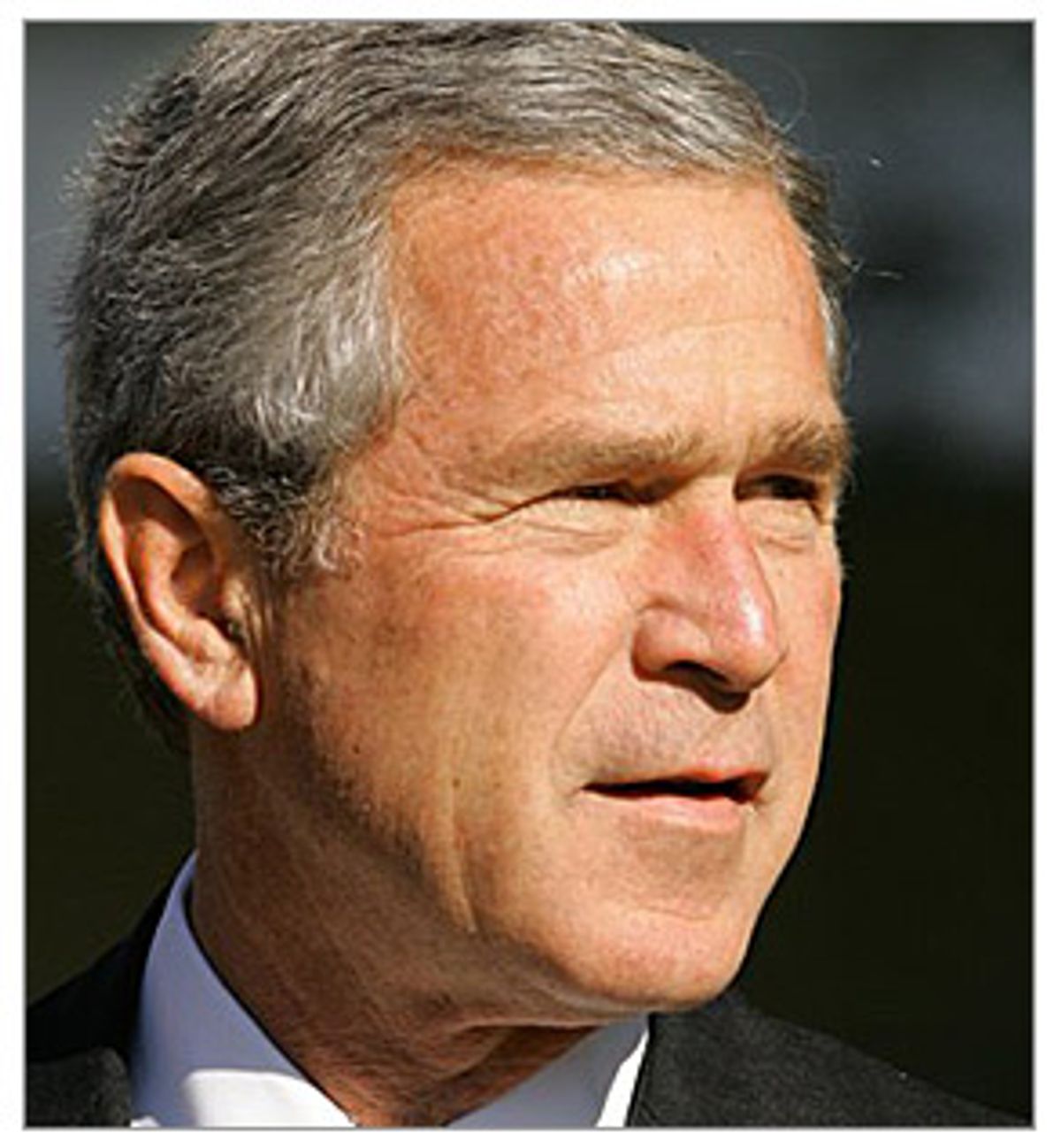 I knew Bruce Bartlett well when we were young antagonists over the Reagan revolution. He was deputy director of the congressional Joint Economic Committee, head of the Republican staff, and a supply-side point man on Capitol Hill. I was his counterpart, working for the beleaguered Democrats under Rep. Henry Reuss. At a personal level we got along. But Bruce was an ideologue, or so I thought; and I suspect he thought the same of me.

Now 53, Bartlett said this the other day to Ron Suskind, as he reported in his New York Times magazine story:

"Just in the past few months, I think a light has gone off for people who've spent time up close to [President] Bush; that this instinct he's always talking about is this sort of weird, Messianic idea of what he thinks God has told him to do ... This is why George W. Bush is so clear-eyed about Al Qaeda and the Islamic fundamentalists. He believes you have to kill them all. They can't be persuaded, that they're extremists, driven by a dark vision. He understands them, because he's just like them ... This is why he dispenses with people who confront him with inconvenient facts ... He truly believes he's on a mission from God. Absolute faith like that overwhelms the need for analysis. The whole thing about faith is to believe things for which there is no empirical evidence ... But you can't run the world on faith."

Paul Craig Roberts was assistant secretary of the treasury for economic policy in 1981. A former Wall Street Journal editorial writer, Roberts was chief propagandist for the tax-cutting juggernaut, armed with preposterous arguments about the effects of lower tax rates on the work, savings and investment behavior of the rich. I didn't think too much of him then.

Roberts is now a John M. Olin Fellow at the Independent Institute in Oakland, Calif. Here is part of the column he sent out on Oct. 15:

"Bush's supporters demand lock-step consensus that Bush is right. They regard truthful reports that Saddam Hussein had no weapons of mass destruction and was not involved in the Sept. 11 attack on the U.S. -- truths now firmly established by the Bush administration's own reports -- as treasonous America-bashing ... In language reeking with hatred, Heritage Foundation Town Hall readers impolitely informed me that opposing the invasion of Iraq is identical to opposing America, that Bush is the greatest American leader in history and everyone who disagrees with him should be shot before they cause America to lose another war ... Bush's conservative supporters want no debate. They want no facts, no analysis. They want to denounce and to demonize the enemies that the Hannitys, Limbaughs, and Savages of talk radio assure them are everywhere at work destroying their great and noble country."

Jude Wanniski, author of "The Way the World Works," was in many ways the leading supply-side intellectual during the Reagan era. Wanniski was devoted to the operation of a free market-economy, purer than any that ever existed in the real world: perfectly free trade, the elimination of taxes on capital and profit, and a return to the gold standard.

Here is what Wanniski wrote recently about Bush after the third debate:

"I asked my golfing buddy, Jim Biondi, 84, a lifelong Republican, how he thought President Bush did last night in the debate with Senator Kerry. He frowned and said Mr. Bush did not do that well. I agreed, and he asked why I thought Mr. Bush did not do well. 'He is basically uninformed on important issues,' I said."

All three of these men remain highly conservative. Bartlett has become a budget realist, stating frankly that taxes will rise in the next administration because they have to. Thus, he correctly argues, the choice is whether they should go up on capital and the wealthy, as they would under John Kerry -- or on consumption and the poor, as they would under Bush. Roberts has become an economic nationalist in the Pat Buchanan mold, mourning the loss of manufacturing jobs and writing stridently against free trade. Wanniski holds much the same economic views he always did.

And how are these three Reagan conservatives going to vote this year? I don't know. I haven't asked them. And so far as I know they haven't said in public. But their recent words speak powerfully to the emerging political divide in America today. It isn't left against right, rich against poor or North against South. It's reason against certitude. It's evidence against dogma. It's a willingness to argue facts against a refusal to brook doubt.

Welcome to the coalition of the reality-based.