Christian Bale lost 63 pounds and turned himself into a walking skeleton to star in this psychological horror thriller. Was it worth it? 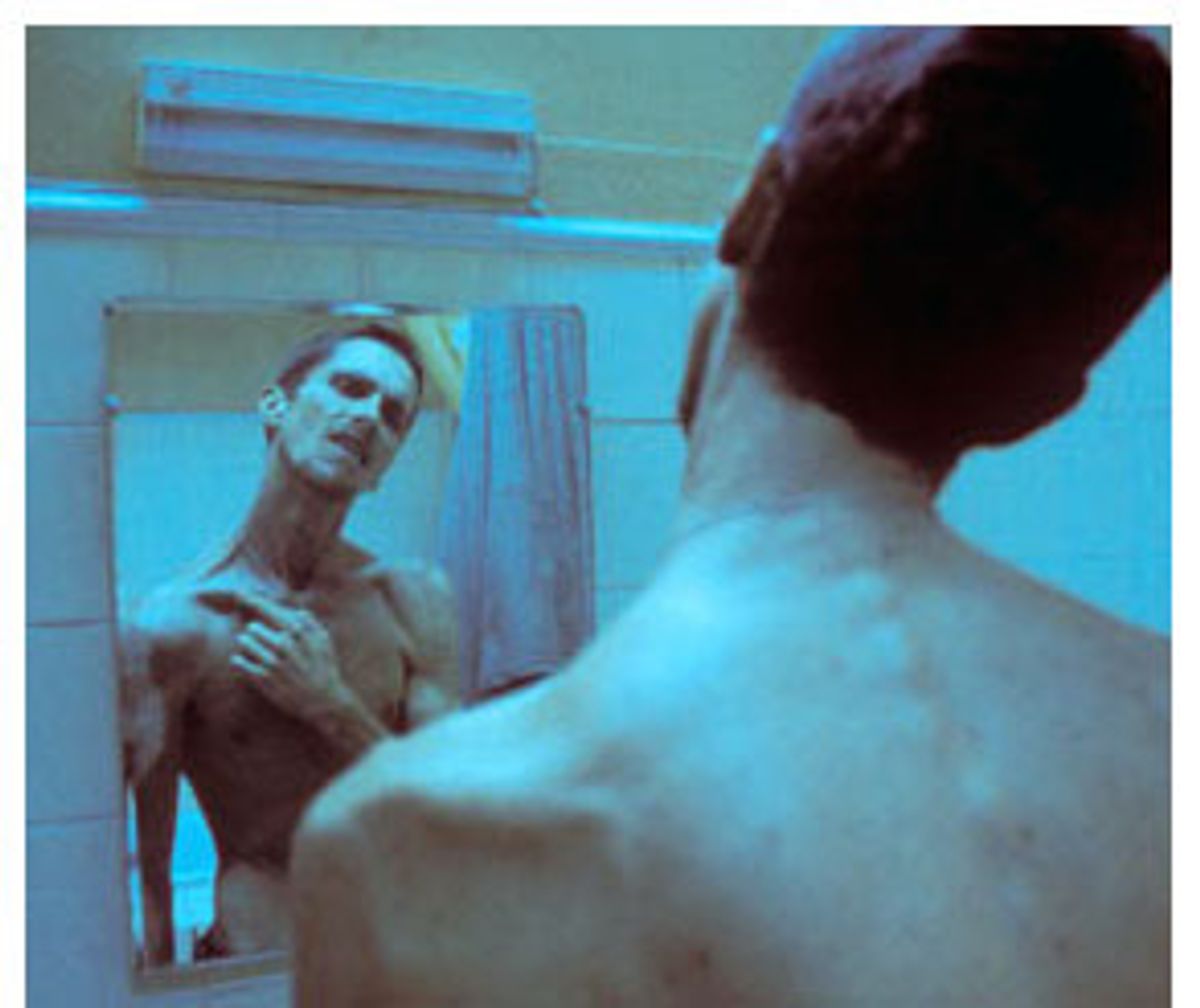 In Brad Anderson's grim, unpleasant psychological horror thriller "The Machinist," Christian Bale plays Trevor Reznik, a machine operator who hasn't slept in a year. He sees things that he isn't sure are real. He may be losing his mind. He's also losing weight. At less than 120 pounds, it's as if he's being eaten alive from the inside, but until the end of the movie, we don't know why.

"The Machinist," which was written by Scott Kosar, is so skillfully put together that you think everything is going to fit together in the end much more significantly than it does. The picture is rendered in dull, vaguely metallic shades of gray, as if all the color had been blanched out of it -- an arrestingly arty look, if you go for that sort of thing. (Its cinemtaographer is Xavi Giménez.)

But "The Machinist" isn't your average somber, ominous exploration of insanity, guilt and paranoia. Anderson ("Next Stop, Wonderland," "Session 9") has made a movie that seems to be in love with its own artistry, possibly at the expense of one of its actors. Bale gives a remarkable performance in a movie I can recommend to no one, because the sight of him is more distressing than any of the allegedly deep themes of the picture.

Part of Bale's appeal, when he's at his normal weight, is his robust boyishness. Bale lost 63 pounds to play this role, and the first time we see him, he's barely recognizable as the actor we know -- even his skull seems to have been whittled into a new shape. When he turns his back to the camera in a semi-nude scene, he resembles photographs of concentration camp victims. The bones on his shoulders stick out in sharp pagoda points. His skin barely seems to cover his vertebrae -- his back looks like the fossil of some long-dead animal.

Bale is a consistently fine and, I think, underrated actor. He's soulful and open, and here, particularly in his scenes with Jennifer Jason Leigh, as a call girl who has fallen in love with him, and Aitana Sánchez-Gijón, as the lunch-counter waitress he has a crush on, he conveys a haunted desperation that's very affecting. His eyes are almost invisible in his sockets -- it's as if they're retreating into his skull.

But seeing him like this makes you wonder: Is the movie around him worth it? "The Machinist" has an intelligent aura about it -- it's not a thoughtlessly made picture. But watching it, I kept wondering: What, exactly, is the point? The movie sustains its ominous hum, but in the end, it doesn't really give you all that much to think about.

And Anderson breaks faith with his audience repeatedly, particularly in a scene where we're made to realize that one of Trevor's fellow machinists is about to lose his arm as the result of Trevor's carelessness. The man screams as he comes closer to being mangled; afterward, we hear a dull thumping sound, and see his severed arm, still spinning on the rotating machine part.

The scene is supposed to convey the weight, and the consequences, of Trevor's actions, addled as he is by his sleeplessness. But ultimately, the picture feels like a cheap thriller dressed up for the art-house set. In the movie's press notes, Bale explains how he lost the weight, dropping down to 120 pounds: "I didn't eat; that was it." While that was Bale's decision to make -- Anderson says that he would never expect, or ask, an actor to take that sort of risk -- you have to wonder: Even for a serious and dedicated actor like Bale, does a relatively inconsequential movie like this one warrant that kind of sacrifice? Before you suffer for your art, you need to ask if your art is worth suffering for.