Watch the "Mosh" video, the most powerful broadside against the administration since "Fahrenheit 9/11." 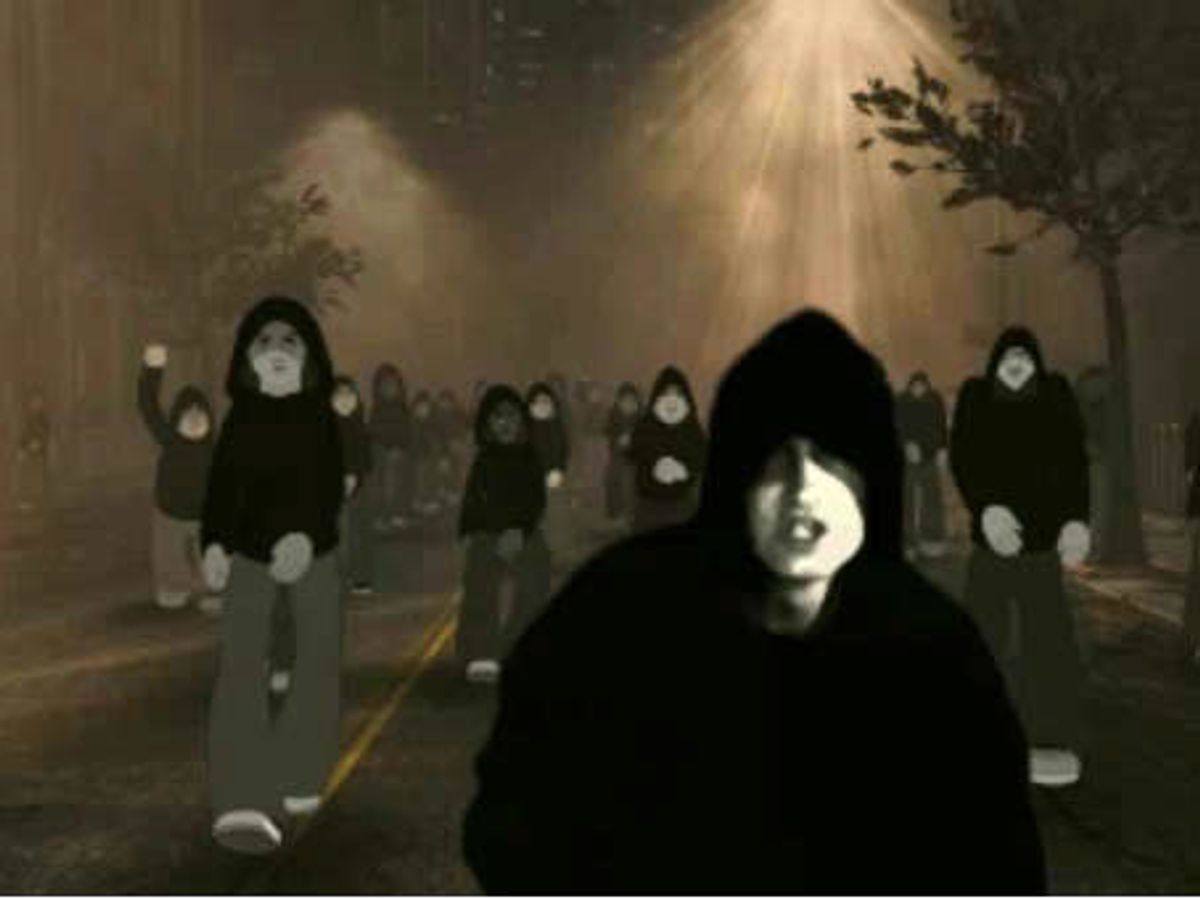 With his history of homophobia and his long-running beef with MoveOn supporter Moby, Eminem is an even less likely lefty hero than Howard Stern. But the just-released video for his new anti-Bush song "Mosh," makes "Fahrenheit 9/11" look like a GOP campaign spot, and it will almost certainly reach an audience that wouldn't think of shelling out for a documentary.

The beautifully animated video, which is directed by Ian Inaba, opens with a classroom. At the front is a man in a blue suit, his face buried in an upside down children's book that says "My Pet," with a picture of a bush. Just as the man is revealed to be Eminem, the scene changes, and we see the singer taping up newspaper stories to a wall -- "Sick Wounded Troops Held in Squalor," says one. "Civil Liberties at Stake," says another. "Bush Knew," says a third.

In five minutes, Eminem manages a furious indictment of the administration that will likely resonate among many troops in Iraq as well as disaffected kids here at home. In one scene, a smiling soldier returns home from Baghdad, only to be handed a notice announcing that he has to go back. As Eminem sings, "fuck Bush," the soldier mouths the words.

Then we see a woman walking home in the rain, carrying groceries and an envelope. Inside is an eviction notice. As she reads it, we hear Eminem saying, "Maybe this is God just saying we're responsible for this monster, this coward that we have empowered." The woman looks at her TV, where Bush is speaking over a banner that says "Tax Cuts." She looks at her terrified children, then back at the screen, which says, "Breaking NewsTerror Alert."

It all ends amazingly earnestly, with Eminem leading a black-clad army to the voting booth. Once again, Bush proves he really does have wonder working powers -- by behaving even more callously and irresponsibly than the most outrageous rapper, he's turned music's foremost enfant terrible into a role model of civic engagement.

Now we just have to see if MTV has the guts to air it.