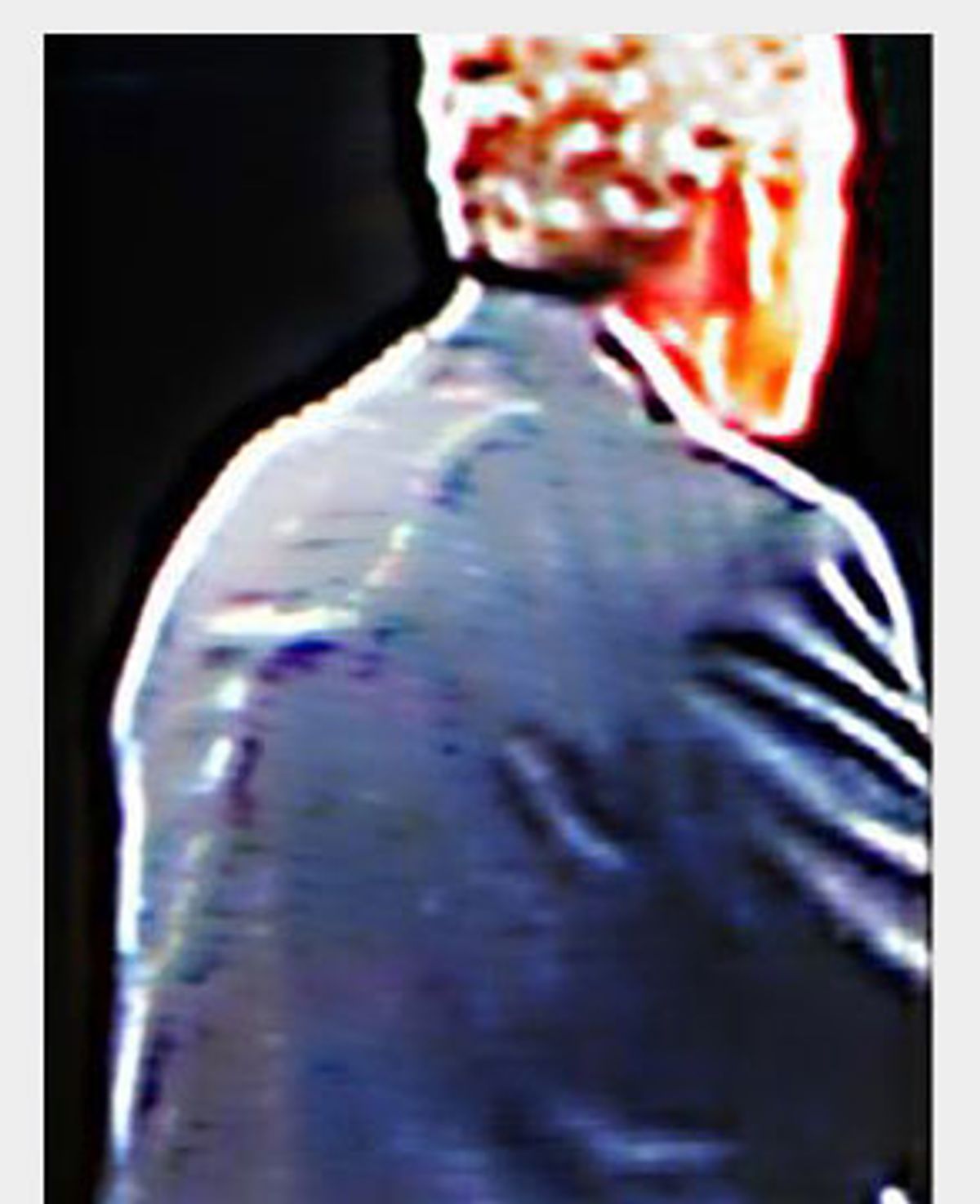 George W. Bush tried to laugh off the bulge. "I don't know what that is," he said on "Good Morning America" on Wednesday, referring to the infamous protrusion beneath his jacket during the presidential debates. "I'm embarrassed to say it's a poorly tailored shirt."

Dr. Robert M. Nelson, however, was not laughing. He knew the president was not telling the truth. And Nelson is neither conspiracy theorist nor midnight blogger. He's a senior research scientist for NASA and for Caltech's Jet Propulsion Laboratory, and an international authority on image analysis. Currently he's engrossed in analyzing digital photos of Saturn's moon Titan, determining its shape, whether it contains craters or canyons.

For the past week, while at home, using his own computers, and off the clock at Caltech and NASA, Nelson has been analyzing images of the president's back during the debates. A professional physicist and photo analyst for more than 30 years, he speaks earnestly and thoughtfully about his subject. "I am willing to stake my scientific reputation to the statement that Bush was wearing something under his jacket during the debate," he says. "This is not about a bad suit. And there's no way the bulge can be described as a wrinkled shirt."

Nelson and a scientific colleague produced the photos from a videotape, recorded by the colleague, who has chosen to remain anonymous, of the first debate. The images provide the most vivid details yet of the bulge beneath the president's suit. Amateurs have certainly had their turn at examining the bulge, but no professional with a résumé as impressive as Nelson's has ventured into public with an informed opinion. In fact, no one to date has enhanced photos of Bush's jacket to this degree of precision, and revealed what appears to be some kind of mechanical device with a wire snaking up the president's shoulder toward his neck and down his back to his waist.

Nelson used the computer software program Photoshop to enhance the texture in Bush's jacket. The process in no way alters the image but sharpens its edges and accents the creases and wrinkles. You've seen the process performed a hundred times on "CSI": pixelated images are magnified to reveal a clear definition of their shape.

Bruce Hapke, professor emeritus of planetary science in the department of geology and planetary science at the University of Pittsburgh, reviewed the Bush images employed by Nelson, whom he calls "a very highly respected scientist in his field." Hapke says Nelson's process of analyzing the images are the "exact same methods we use to analyze images taken by spacecraft of planetary surfaces. It does not introduce any artifacts into the picture in any way."

How can Nelson be certain there's some kind of mechanical device beneath Bush's jacket? It's all about light and shadows, he says. The angles at which the light in the studio hit Bush's jacket expose contours that fit no one's picture of human anatomy and wrinkled shirts. And Nelson compared the images to anatomy texts. He also experimented with wrinkling shirts in various configurations, wore them under his jacket under his bathroom light, and couldn't produce anything close to the Bush bulge.

In the enhanced photo of the first debate, Nelson says, look at the horizontal white line in middle of the president's back. You'll see a shadow. "That's telling me there's definitely a bulge," he says. "In fact, it's how we measure the depths of the craters on the moon or on Mars. We look at the angle of the light and the length of shadow they leave. In this case, that's clearly a crater that's under the horizontal line -- it's clearly a rim of a bulge protruding upward, one due to forces pushing it up from beneath."

Hapke, too, agrees that the bulge is neither anatomy nor a wrinkled shirt. "I would think it's very hard to avoid the conclusion that there's something underneath his jacket," he says. "It would certainly be consistent with some kind of radio receiver and a wire."

Nelson admits that he's a Democrat and plans to vote for John Kerry. But he takes umbrage at being accused of partisanship. "Everyone wants to think my colleague and I are just a bunch of dope-crazed ravaged Democrats who are looking to insult the president at the last minute," he says. "And that's not what this is about. This is scientific analysis. If the bulge were on Bill Clinton's back and he was lying about it, I'd have to say the same thing."

"Look, he says, "I'm putting myself at risk for exposing this. But this is too important. It's not about my reputation. If they force me into an early retirement, it'll be worth it if the public knows about this. It's outrageous statements that I read that the president is wearing nothing under there. There's clearly something there."