With Florida tipping to Bush, Kerry must hold Ohio and sweep the Midwest to stay in the game. 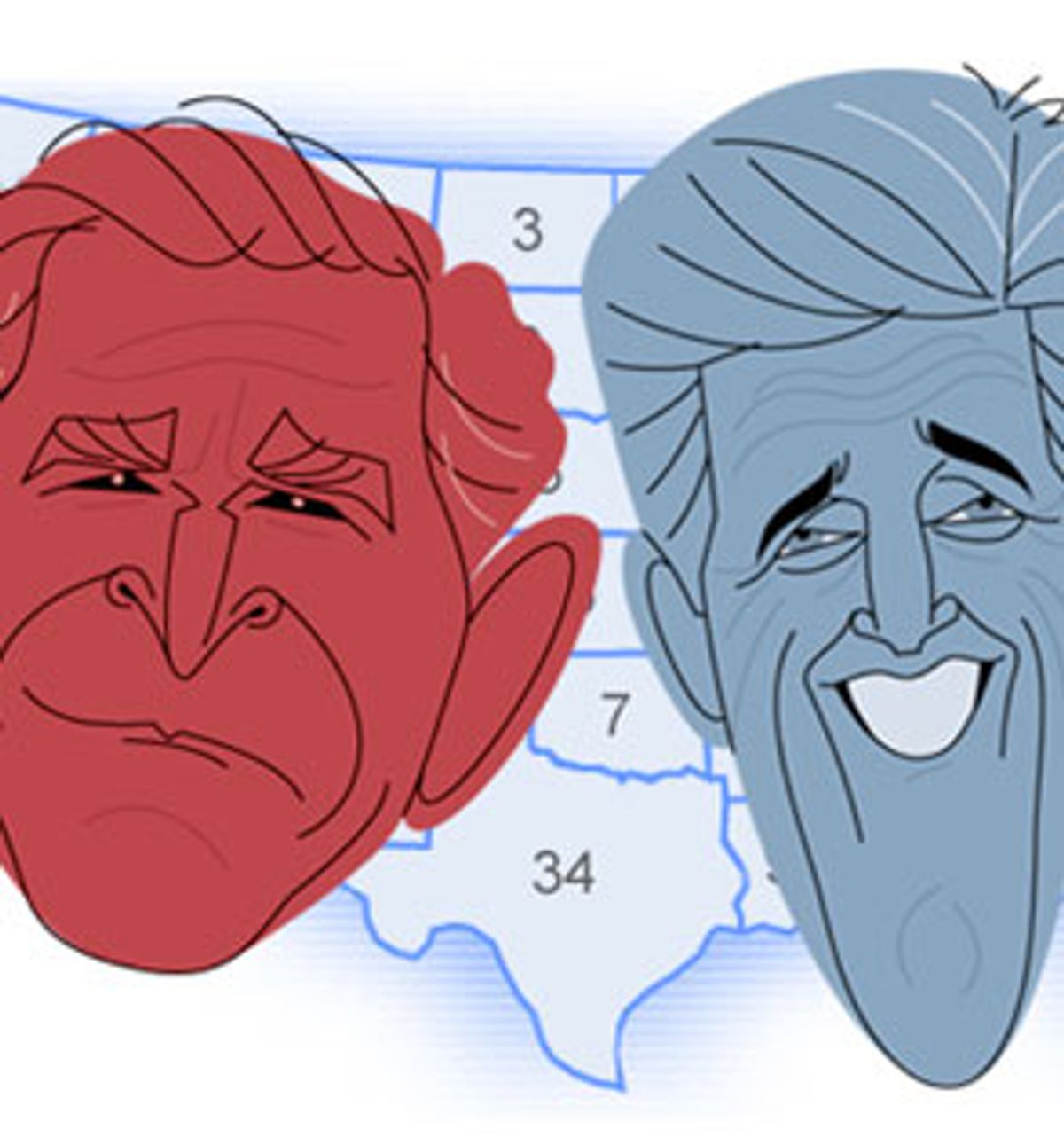 If anything is clear so far tonight, it's that, in a big turnout election, both sides got the vote out, but the old saw that more voters would be good for the Democrats has turned out to be false. With a three million vote lead in the popular vote, George W. Bush has turned that piece of popular political lore on its head.

Ohio has been called by Fox News and NBC, but at 2:30 a.m. Eastern Standard Time, CNN continued to label Ohio too close to call.

Still to be called: Wisconsin, Nevada, New Mexico, and Iowa.