It's pretty simple, really -- Kerry was a poor candidate. 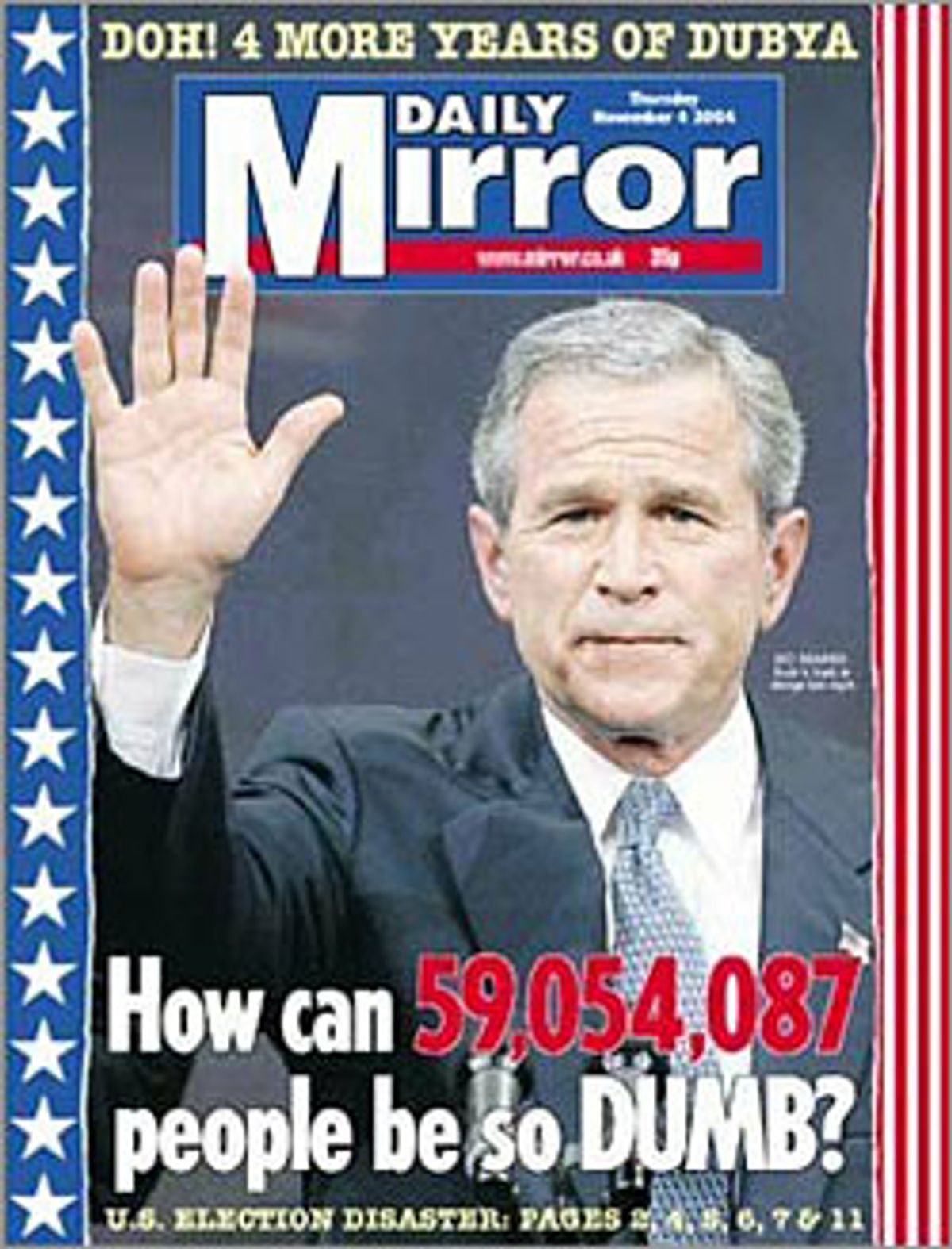 Am I the only one who thinks the Bush victory isn't a fundamental realignment of the electorate (a rightward shift toward "values") and instead suggests something more simple -- that John Kerry was a pretty poor candidate with a not-exactly-great political team running against a pretty good candidate with a tested political team who, as the incumbent during a time of war, probably couldn't have lost against anyone anyway, no matter how badly he did in the debates?

The flip-flop charge wasn't a mere political slogan, it was real. Who knows where Kerry stood on what? To me it's clear that's what did him in. Was he a hawk or a dove? If he was a hawk, why did he vote against the first Gulf War? If he was a dove, why did he vote for the second? Was he for gay marriages or against them? Saying that you believe marriage is between a man and a woman, but that you also believe that the Constitution shouldn't ban gay marriage, is a position of political convenience, an attempt to have it both ways. You don't please the people who, like me, believe that we should have gay marriages, and you certainly don't please the people who believe that gay marriage should be outlawed. All you're telling people is that you can't make up your mind. And that was his problem with Iraq, too.

Now, many will argue that he was right on many of these things. He didn't contradict himself, his position was consistent but complex, and in a complex world you need leaders who can recognize complexities. But to me this isn't a compelling argument because Kerry often failed to explain his nuances. If you want to hold a complicated position of being for something as well as against it at the same time, you've got to have some way to explain to people what you're thinking. For instance, "Mend it, don't end it," for affirmative action. Too often Kerry acknowledged complexities that really weren't there and were borne of political convenience.

It's premature to blame the voters because while many may say that they voted for Bush because of his moral values, they may mean that they just knew where he stood on such things while they did not know where Kerry stood. If you're somewhat but not all the way to the right on gay marriage, who would you vote for? If you're not paying close attention to the race, all you may know is that Bush is against gay marriage and that Kerry's position is somewhere to the left of that. So you go with what you know rather than bother to research the guy you don't know, the guy who failed to really tell you what he did know.

Kerry's argument was that Bush failed, and that he, Kerry, would do better. But even if you believed the first part of the argument (as polls show majorities did), he gave you no real reason to believe the second. So in the end, the only voters I blame are the ones in the Democratic primary who failed to pick someone better (like, for instance, John Edwards).

But like many liberals I'm betting on the Armageddon theory of politics. Bush and the GOP majorities in the House and Senate will make things so bad in the next four years that the country will never elect a Republican ever again. So here's hoping things get much, much worse!