From the author of the grimly hilarious campaign memoir "Looking Forward to It," a final, post-election chapter you won't find in his book. 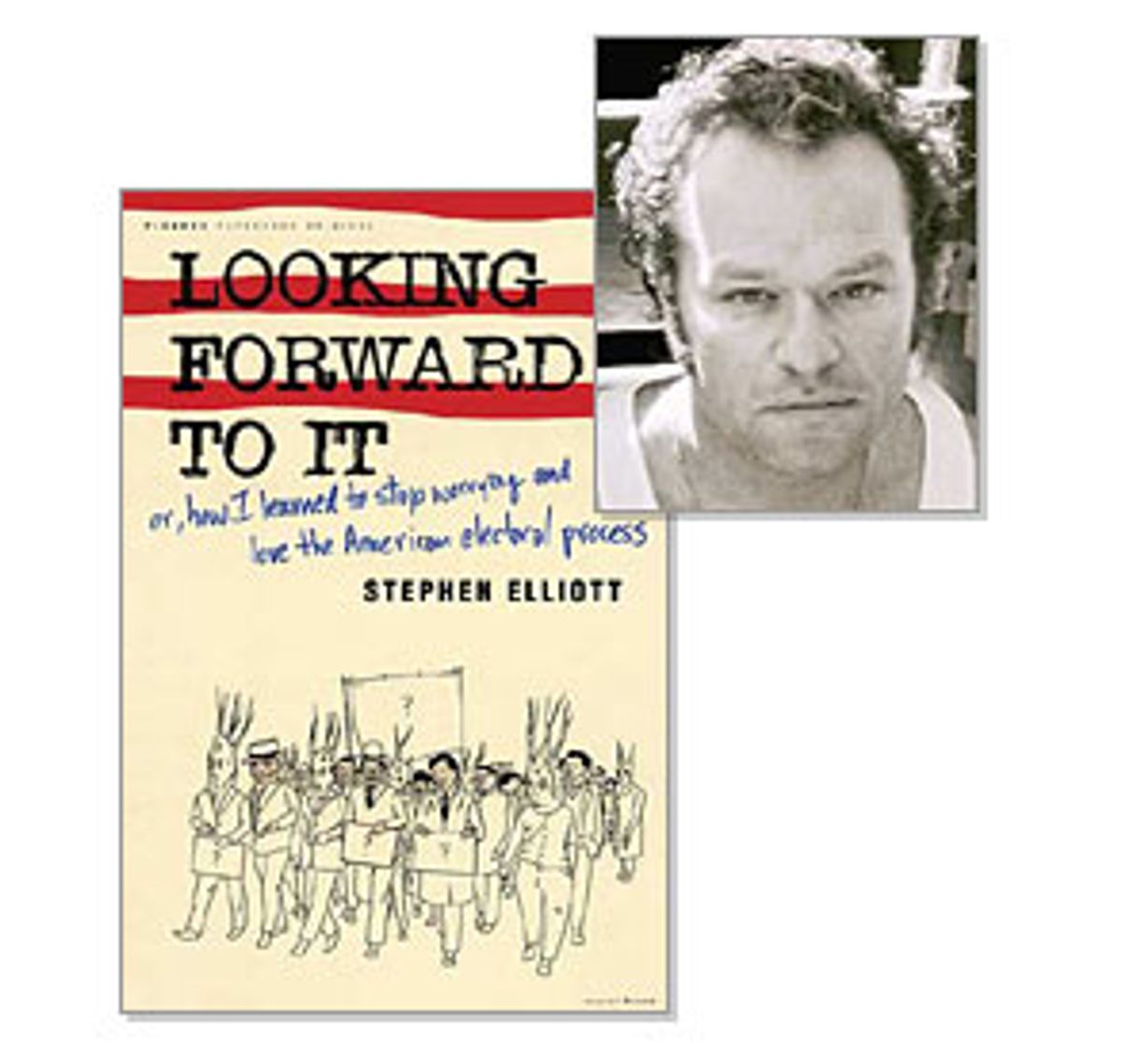 I was in the voting equipment center in Broward County, Fla., on the night of the election. The streets were blocked off and they were counting votes in the back room of the building. Brenda Snipes and the other election officials were sitting behind a large oak table and occasionally arguing over a challenged ballot. There were 30 to 40 journalists and politicos watching a black-and-white screen as the numbers from the county slowly trickled in. The Democrats took 65 percent of the county, which is about what everybody expected. But only 60 percent of the county turned out to vote. People had been hoping for 70 or 75 percent.

Larry Davis, one of the head lawyers for the Democrats, left early to have a beer and I decided to leave with him. But I got lost on the way, turning into the airport, and driving around the streets surrounding it for an hour. By the time I had my beer things were pretty much done.

The repercussions are obvious. There will be no unifying our divided country. Unification is for Democrats and the Republicans control everything. Mandate is what Clinton had when he beat Bob Dole by 10 percent. That was our chance to declare evangelical churches political organizations, take away their tax status, jail their leaders, and send the rest of them off to reeducation camps.

I'm just kidding about that, kind of. If we have to act like Republicans to beat Republicans, then I'm not sure what we win. The good news for the Republicans is that thanks to underfunding education people are getting dumber. Ignorance is bliss and there's a lot of minimum-wage earning, uninsured, poor white people wearing big smiles today.

Not long ago, on the last night of the Republican convention, I was sitting with Harold Meyerson and E.J. Dionne in a French restaurant on the Upper West Side. We had gone there subconsciously to avoid Republicans. French food is like Republican Kryptonite.

The Republican convention was a hate fest, a downer from start to finish. Rudolph Giuliani had stated that Saddam Hussein was himself a weapon of mass destruction, intimating that we had gone to war over a metaphor. Zell Miller had proclaimed that American troops are always liberators, never occupiers. Freedom was on the march but Freedom didn't mean what it used to, nor did Optimism, Liberalism and a host of other words pulled and twisted from the latest dictionaries.

By midnight the restaurant was full with the staff of National Public Radio, Harper's and Air America. It was quite funny at the time, how we had all gravitated to that spot. And I remember saying to Harold, "I hope when this is over I can go back to writing fiction." He got what I was saying right away. I was longing for a situation where I cast my vote and went back to work. Where the stakes weren't so high that nothing else seemed worth doing. Where the election of one candidate over another didn't mean that hundreds of thousands of people would die for no good reason. But that's not going to happen anytime soon.

On Thursday, my final morning in Florida, I sat with Larry Davis, the chief Democratic lawyer for Broward County. He had 600 lawyers working under him during this election. It was a still morning in southern Florida, with a clear sky. We were both still a little depressed, though I had to admit Thursday felt better than Wednesday. I had lost $120 on the election and I was trying to focus on that. I could handle losing $120. Larry told me some stories of the previous day at the office. A friend of his who had come out as a homosexual six years ago had called to ask what he should do.

"Go back in the closet," Larry quipped.

"There's no silver lining to this," Larry told me, and I had to agree. We started talking about the Swift Boats but neither of us felt like playing the blame game. Larry asked if after a year on the campaign trail all of this was over for me and I told him I guessed it wasn't. He nodded his head.

"You know, after people were done contemplating suicide or moving to Canada, by the end of yesterday we were saying, 'I wonder who's going to run in 2008? Hillary/Obama?'"

Larry laughed. He has children older than me. "Oh. There will be," he said, getting up, preparing to head to court. That was the end of our conversation and the end of my time in Florida. I'd like to stay in Florida but I have things to do back home. I always try to end things on a happy note. Nobody likes a sad story.