A time to mourn

HBO's "Last Letters Home" delivers the emotional costs of the war, and it's almost too painful to watch. Watch it anyway. 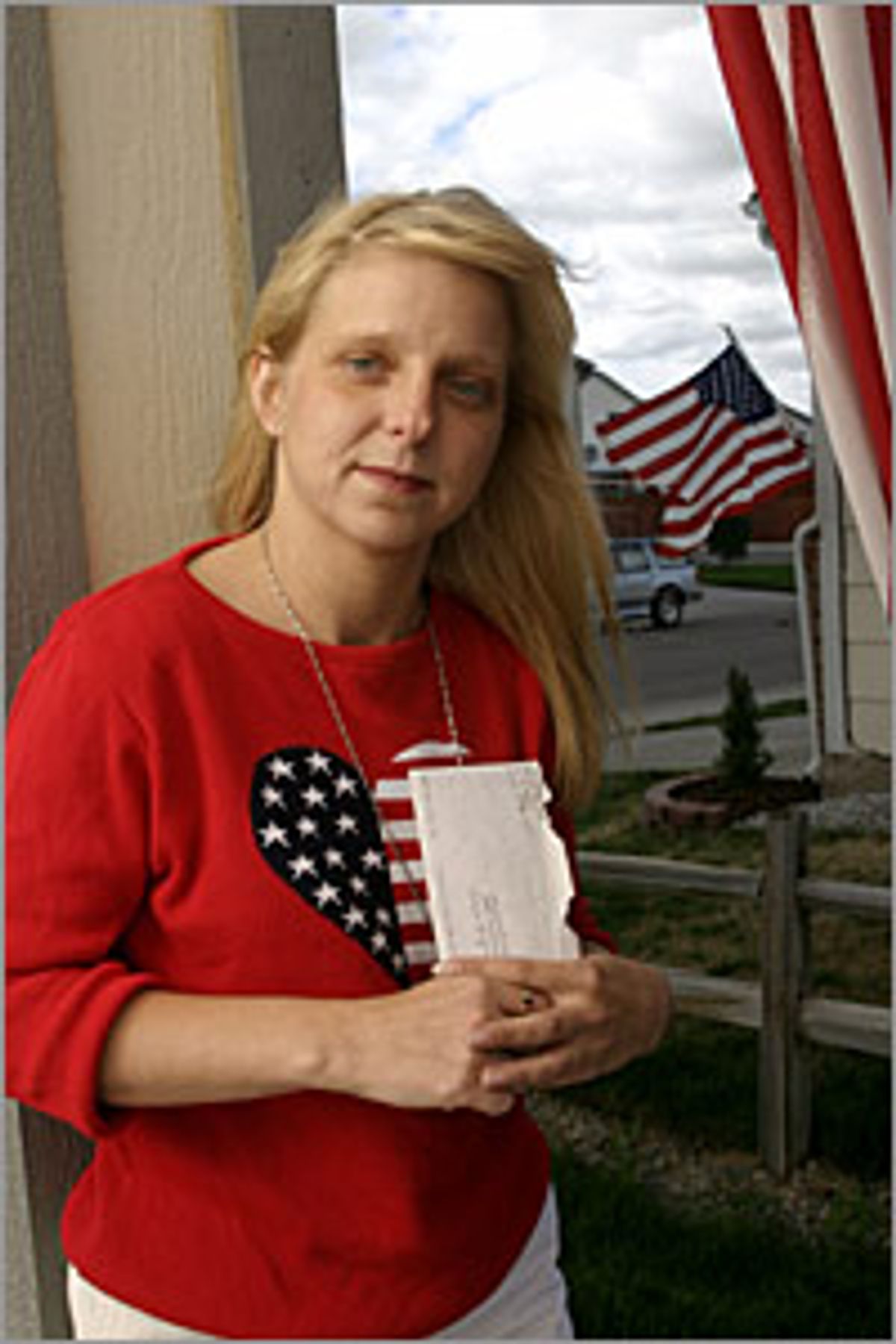 Who is dying in Iraq? How many new bodies get shipped home every week? Where are the grieving faces of mothers and fathers on our TV screens? Where are the body bags, the funerals, the folded flags?

Maybe it was the daily body counts of Vietnam that made denial seem like the best choice, or maybe the Bush administration has successfully convinced us that averting our eyes from the human cost of war isn't just preferable, it's more patriotic. Whatever the reason, our awareness of just who's dying over there, and our familiarity with the unbearable pain those deaths bring to thousands of Americans here, is unconscionably low. Outside of the occasional special report on the evening news, outside of "Fahrenheit 9/11," we read the headlines about Fallujah and Baghdad with pained resistance. We cringe and skim over the details and try to refocus on the sports or the business page, or the blueberry muffins Sandra brought into the office this morning.

Now it's time for a little atonement. Chances are you won't be in the mood to tune in Thursday night (9 p.m. ET) for HBO's documentary "Last Letters Home: Voices of American Troops From the Battlefields of Iraq." Chances are you'll have other plans, or maybe you'll watch a few minutes of mothers and girlfriends and sisters and fathers reading the last words they received from their loved ones, and you'll feel sick and want to switch over to "The Apprentice." But chances are, you don't know much about who's dying over there, or how it feels for their families. Is it possible to make a responsible statement about your position on Iraq without having some concrete notion of the human toll we're paying overseas, every single day?

Today is a blissful day. Mother, you are the most important person in my life, and today is the first time I've realized you, only, have tried your hardest to bring the bestowed, hidden, optimistic and spontaneous qualities out of me. Well, Mother, my feet have been placed on the firm ground. Without your teaching me what you have, it would not have been possible. As I sit here in tears, I thank you.

Time goes by like a continuous Ground Hog Day over here. In the beginning, there was a lot of bloodshed, but now it's all over, though there are still terrorists that don't want us here. The good news is, I will be home to see you in September or October at the latest.

After reading her son's letter out loud, Cathy Heighter explains, "The minute that I opened this letter and read it, my heart sank from the very first line. Because I had never heard my son write this way, speak this way. He had never expressed himself in this manner, so I knew that there was something terribly wrong, something going on inside of him that he felt the need to let me know that he was thinking of me in this moment and how much he loved me ... Two days later, they came to tell me that my son had been killed in Iraq. Which just ... I went crazy. [Starts crying.] I'm sorry."

Tough to take, huh? Not surprisingly, every single one of these letters is tough to take, as are the tears and the long pauses between sentences, as each mourner reads the same repeated promise that the deceased will be home soon. But far from an exercise in extreme rubbernecking, Bill Couturié's film is about taking a long, unflinching look at the people who are really paying for this war.

From Josh Byers, 29, who wrote, "I really look up to you, Dad," to Jesse Givens, 34, who had such a bad feeling right before his death, he wrote a final letter to his wife and sons, which they received weeks later, these aren't just strange men in uniforms. They look and sound just like people you know.

And while there aren't any overt ideological overtones to the film, it's impossible not to experience it as both intensely personal and intensely political. For those who feel they were flatly and consciously deceived into thinking that Saddam Hussein posed an immediate threat to the safety of Americans, these deaths will feel unbearably senseless.

When it became clear that there wouldn't be just a handful of casualties to romanticize, the personal stories of the real victims precipitously dropped off in most of the media. Unlike during the Vietnam War, there is no coalescing medium -- in that case, Walter Cronkite -- reminding us en masse of the ongoing tragedies. But without acknowledging the emotional fallout of this war, from the deaths of possibly a hundred thousand Iraqi citizens to the deaths of our sons and daughters, we're destined to blithely continue on the same clumsily ill-considered, denial-fueled path.