Johnny Depp soars high as "Peter Pan" playwright J.M. Barrie, but this movie doesn't ever quite take off. 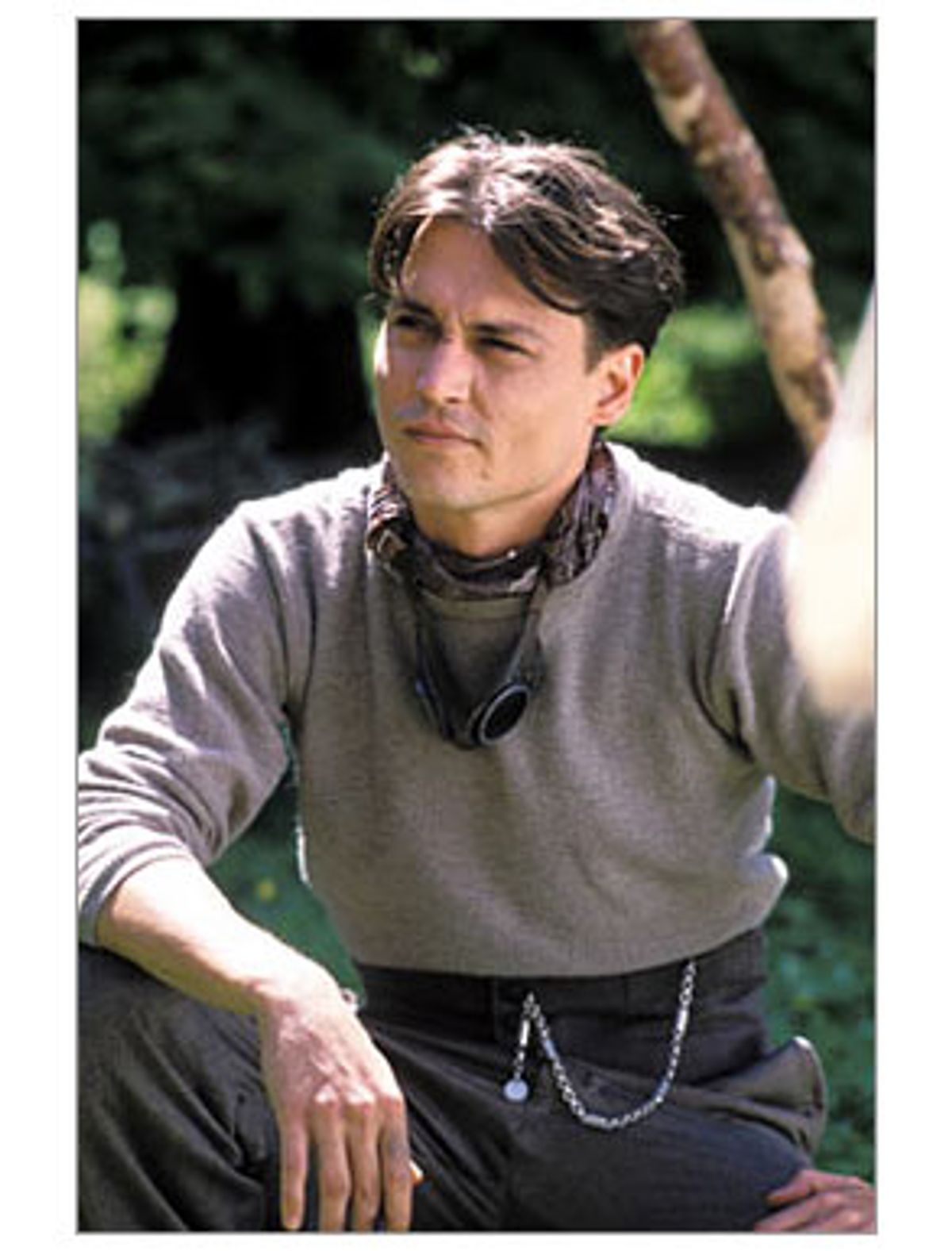 Because no one knows where genius, or even just plain old inspiration, comes from, it's a favorite game of writers, filmmakers and playwrights to try to guess. In "Finding Neverland," director Marc Forster -- working from a script by David McGee, adapted from a play by Allan Knee -- attempts to trace, in a manner more suggestive than factual, the roots of Scottish playwright J.M. Barrie's "Peter Pan." From what thin air did Barrie, who'd already written a number of successful plays, pull his ideas? And how does an ordinary mortal take a menacing pirate with a hook for a hand, a crocodile with a ticking tummy, and a flying boy who refuses to grow up and make any sense of it at all?

No one has the answers to those questions, and the director and writers of "Finding Neverland" don't pretend to, even though the picture is, as we're tepidly alerted at the beginning, "based on true events." What Forster is interested in here is less a biopic than a mapped lunar landscape of one writer's imagination. Forster has some good ideas here: A few of the fantasy sequences in "Finding Neverland" are lovely, and he stages a few brief scenes from "Peter Pan" in a way that gives us a sense of the impact the play must have had on straitlaced, bejeweled Edwardian audiences. But if "Finding Neverland" shows a bit more grace and surefootedness than Forster's last picture, "Monster's Ball," it just doesn't have the buoyancy, or the resonance, that this kind of semifactual flight of fancy needs.

It does, however, have Johnny Depp, as James Matthew Barrie. The movie opens in London in 1903, just as Barrie is coming off a less-than-successful play. His producer (played with amusingly distracted efficiency by Dustin Hoffman) isn't particularly troubled by the play's failure, but he is, of course, hoping the next one will be a hit. The problem is that Barrie doesn't yet have an idea for the next one. It's also clear that he and his coolly beautiful wife, Mary (Radha Mitchell), have a relationship that's affectionately businesslike and not much more.

One day while Barrie is having his outing in the park -- he goes there with his bear of a dog, Porthos, and spends the morning jotting down ideas for his plays while taking in, perhaps a bit wistfully, the life of the world around him -- he meets a family of four boys, ranging in age from about 5 to 12, and their widowed mother, Sylvia (Kate Winslet). He and Porthos entertain the boys with an impromptu circus show (it really amounts to little more than Porthos' ability to prop himself on his hind legs for a few minutes, but Barrie sets off the routine with a heck of a windup, which makes all the difference). And aside from the fact that Barrie is taken with their mother (she is, after all, the lustrous, wholly alive Kate Winslet -- how could he resist her?), he enjoys the children so much that he arranges to meet them again the next day.

Before long, he's having tea at their modest house, tranforming their defiantly English garden into fantastical imaginary wonderlands -- a sun-parched wild, wild West, for example, where cowboys and Indians lurk. The children take to him almost immediately, except for Peter (Freddie Highmore), a sensitive kid who has been hit harder by his father's death than his brothers have. Peter is at first wary of the new family friend, but before long, he's won over by Barrie's offhanded charm, sensible reassurances, and, most of all, his insistence that the imagination is the most powerful tool any of us has got.

And so before long, Barrie has the idea for his next play, "Peter Pan," which was inspired by his new friends but also grew out of his desire to amuse and entertain them. Forster writes that out in letters much larger than necessary, intercutting theatrical fantasy scenes (Barrie, the boys and their mother dressed as pirates and shipmates on a ship rolling on a sea of wooden waves that looks like part of an elaborate stage set) with reality (the five, in less elaborate costumes and without stage makeup, scampering around the grounds of Barrie's country home). Forster pulls off one starkly beautiful effect: As the Barries open the doors to their separate bedrooms after a passively bitter argument, Mary steps into darkness, while beyond James' door we see a forest of sunlit greenery. It's a wonderful stroke of shorthand that underscores the differences in the way these characters see the world.

Mostly, though, the fantasy sequences only distract from the impact of the "real-life" ones. Forster doesn't know how to make his story flow -- the picture moves from scene to scene with an almost painfully mechanical precision. But "Finding Neverland" often feels like a better movie than it is, simply because there's always Depp to watch. The point of casting him, obviously, is that he's the perfect embodiment of a boyish man who steadfastly remains young at heart.

But Depp is too subtle an actor to play that boy-man in the most obvious ways. What's moving about him is the way he shows how hanging onto the most precious parts of childhood also means opening yourself wide to the uncertainty and suffering of being young. We all know people who are considered "young at heart" because they put on rubber clown noses at Halloween or squirt people with water guns at family picnics. Depp's Barrie is the exact opposite of that. His delight in make-believe isn't an escape from the melancholia of childhood: He sees the delight and the sadness as necessary sides of the same coin. (That also helps explain why "Peter Pan" is such an unsettling, eerie work -- a dream version of the wonders of childhood as told by someone who hasn't shaken the spell of its dark weirdness.)

Depp is particularly wonderful with the child actors here. Barrie accords the boys the respect that would be due such miniature Edwardian adults, but he's also keyed in to their troubles and fears -- Depp knows how to convey that without talking down either to his fellow actors or to us. And the role makes perfect use of his charm and beauty.

In that early scene in the park, he gets Porthos, a grand, furry fellow, to dance with him not by barking a command but looking into his eyes and pleading, "Dance with me!" Paw to shoulder, the man and his dog perform their clumsily poetic two-step. Forster films it badly (and cuts away to one of those persistent fantasy sequences), but we see enough of it to get the idea. We know we're watching one of the most innately graceful actors -- spiritually and physically -- of his generation, a performer whose commitment to a role always extends to drawing out the best in the actors around him. Even when they're dogs.