Europe would be wise to not let Bush undermine its unity again.

By Charles A. Kupchan 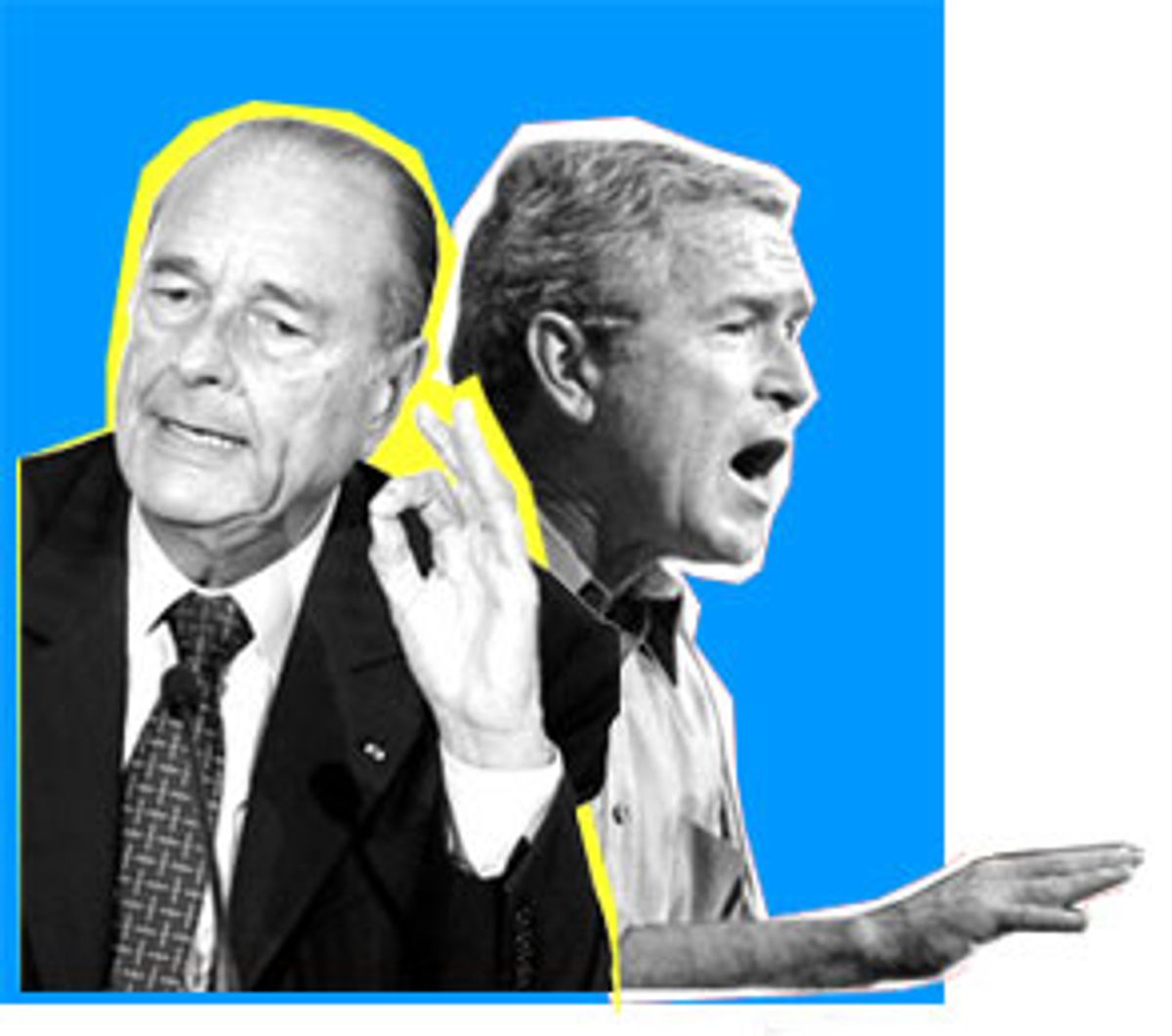 The reelection of George W. Bush marks a somber day for America and for the future of the Atlantic partnership. Bush's victory over John Kerry represents the triumph of errant leadership and the politics of fear over prudent leadership and the politics of reason. Bush's reelection, coupled with strengthened Republican control of Congress, promises to reinforce his administration's extremist tendencies, risking the collapse of an Atlantic alliance already strained to the breaking point.

What is most troubling about Bush's victory is that it casts doubt on the reassuring notion that democracy and the marketplace of ideas provide a vigilant check against political excess. Democracy is the most cherished form of government precisely because it holds leaders responsible for their mistakes, removing them from office as punishment.

But the outcome of the U.S. election points to the failure of democracy's self-correcting potential. Over the course of his first term, Bush has led the country woefully off-course. Instead of holding him accountable, however, Americans just awarded him with a second term.

The centerpiece of Bush's presidency -- the war in Iraq -- has been by any measure a fiasco. Iraqis and Americans are dying on a daily basis, with no end in sight. The U.S. military is struggling to meet manpower requirements. Not so the terrorists, who are enjoying a wave of new recruits. Bush claims that he is advancing pluralism and moderation in the Middle East, but such assertions fly in the face of reality. The United States is today dangerously isolated from its traditional allies -- the liberal democracies of Europe -- with most Europeans incredulous that Americans chose Bush for four more years.

At home, Bush's record is similarly bleak. America's debt has exploded, threatening future prosperity. Job growth has been sluggish, economic inequalities have widened, and no progress has been made on reforming healthcare or Social Security.

On all of these fronts, Bush was let off the hook. Deliberative democracy failed to work its wonders.

Sept. 11 provides a partial explanation: American democracy has not been itself since the terrorist attacks. A psychosis of fear has truncated public debate and made it politically dangerous to challenge the president on matters of national security. To his credit, Kerry sought to redress this psychosis, speaking the truth about the Iraq war and its consequences. Nonetheless, Bush's bravado, as well as the appeal of his social policies to voters in the heartland, withstood Kerry's best efforts to generate an informed and considered debate about matters of national security.

Armed with his new mandate, Bush's unilateralist inclinations are likely to intensify, not abate. As a rule, he has campaigned to the center, but governed to the hard right -- and he will now face no electoral incentives to embrace either centrism or bipartisanship. Moreover, the main voice of moderation in his Cabinet, Secretary of State Colin Powell, will almost surely not be present in Bush's second term. The neoconservatives, despite the setback dealt them by Iraq, are likely to continue their dominant influence over Bush's foreign policy.

This sober assessment does not bode well for transatlantic relations. The problem goes well beyond stark differences over policy issues -- Iraq, Iran and the Middle East peace process most prominent among them. Now that the American electorate has tasted four years of Bush and willingly chosen four more, what was anti-Bush sentiment in Europe is likely to grow into anti-American sentiment.

If so, the lapsed partnership could evolve into something much more dangerous -- open rivalry. French President Jacques Chirac has already reacted to Bush's reelection by urging the European Union to check U.S. power. Europe's effort to act as a counterweight to the United States would surely invite a response in kind from Washington. As it succeeded in doing during the transatlantic rift over Iraq, Washington would try again to divide the E.U., setting pro-American countries like Britain, Italy and Poland against those calling for Europe to distance itself from the United States.

Although it was successful when garnering support for the Iraq war, a divide-and-rule strategy would likely backfire if tried again. European governments that backed Bush continue to pay a heavy political price for having done so. Indeed, some of America's staunchest allies -- the new democracies of central Europe -- have made clear that they intend to withdraw their troops from Iraq early in 2005. Should Washington again seek to undermine European unity, it would likely find an angry E.U. ready to stand its ground.

Immediately after Bush's reelection, Powell indicated the president's desire to repair relations with European allies. British Prime Minister Tony Blair came to Washington last week to help out -- as he did repeatedly over the past four years. But if Bush's first term is any indication, rhetoric and reality will bear little resemblance to each other: The Bush administration will continue its dismissive attitude toward Europe, and Blair will again have little to show for his loyalty to Washington.

Europe's response to Bush's reelection should be two-pronged. First, the member states of the E.U. should step up efforts to forge a deeper union, particularly with respect to attaining greater unity on matters of security policy and acquiring more military capacity. With the United States bogged down in Iraq and the Pentagon planning to withdraw for good America's main combat troops from Europe, the E.U. had better prepare to take charge of European security. In addition, with Bush emboldened by his popular mandate, the world may well be in need of a more assertive and responsible European voice.

The quagmire in Iraq has made clear even to the Bush team that it cannot run the show on its own. The more unity and military capability the E.U. can bring to the table, the more Washington will adjust its policies to secure European help. The Bush administration may continue to hide in its ideological bunker, but it is now much more sensitive to the need to share burdens with others. Europe should take a pragmatic approach to potential openings, taking advantage of opportunities to work with Washington when available.

Second, Europe's leaders must resist the temptation to cater to anti-American impulses and instead work to dampen them. If the E.U. comes to define its identity in opposition to the United States, balance-of-power dynamics will surely return to Atlantic relations, undermining one of the greatest accomplishments of the 20th century -- a stable zone of peace among the world's liberal democracies. That outcome must be avoided at all costs.

Looking down the road, patience is probably the best overall strategy -- for Europeans and Americans alike. Bush won the election handily, but the Democrats were not far behind. Europeans, along with millions of Americans, would be wise to bide their time, and hope that the moderating and self-correcting effects of deliberative democracy prevail four years hence.

MORE FROM Charles A. Kupchan