Mozilla's browser is taking market share away from Microsoft. Sometimes, slow and steady really does win the race. 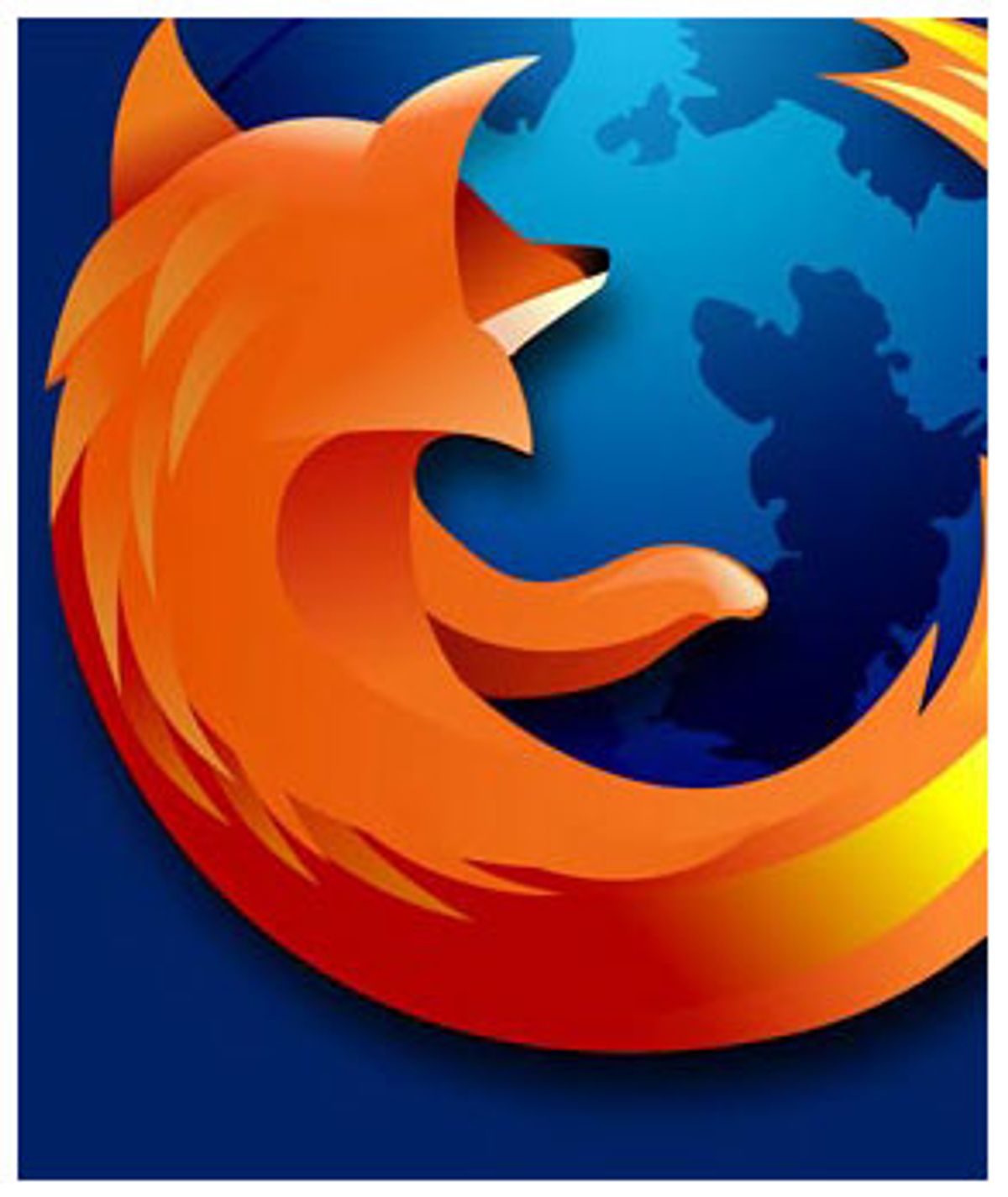 To misquote F. Scott Fitzgerald, there are no second acts in the lives of software projects.

Oh sure, the developers sometimes move on to bigger and better things. When it comes to the created works, however, the trajectory is depressingly consistent: Functional simplicity gives way to feature bloat, followed by brittleness, unreliability and, barring certain monopoly-friendly market conditions, oblivion.

For the bulk of its six-year existence, the Mozilla project has been the unwitting victim and symbol of this truism. Like Jacob Marley's ghost in "A Christmas Carol," the open-source browser seemed doomed to bear the sinful weight of its earlier, proprietary incarnation -- Netscape Communicator -- for eternity.

A funny thing happened on the way to oblivion, however. With no employer to guide them and no market to punish them, Mozilla developers stubbornly kept plugging. After delivering a stable 1.0 release of its Mozilla suite of applications (including a browser and a mail client) in 2002, four years after the project's launch and about two years beyond initial estimates, they proposed an even more ambitious, ground-up overhaul of the underlying source code. Given the steady half-decade flameout of the original Netscape user population, developers went with the obvious code name: Phoenix.

The end result has been arguably the biggest comeback story in software development since Steve Jobs retook the helm at Apple. Trademark issues have forced the Mozilla team to redesignate the project Firefox, but the browser itself has met few obstacles. The 0.9 version, released over the summer, registered more than 5 million downloads. WebSideStory, a Web analytics company, puts the combined October Mozilla-Firefox market share at 6 percent, a 71 percent jump over June market share. To cap it all off, the Mozilla Foundation, official overseer of the project since its spinout from Netscape last year, officially released the 1.0 version on Tuesday, Nov. 9, and has set itself a 10 percent market share target by the end of the year.

"This is a first," says WebSideStory analyst Geoff Johnston. "Until July, Microsoft had never lost market share. They'd had spikes, sure, but it never trended down. The bigger news now is that the trend has continued."

Granted, Microsoft's commanding portion of the browser market -- Johnston puts Internet Explorer's current market share at 92.4 percent -- is in no immediate danger of collapsing. What is in danger, however, is the trusted wisdom that open-source developers, whether through cultural prejudice or isolation from market forces, don't know how to deliver simple, consumer-friendly software tools. Cut loose from the corporate world, Mozilla's developers have hit their target: a thriving, user-friendly open-source browser. The question everyone should be asking now is: Where Mozilla has trodden, will other open-source projects follow?

The Mozilla Foundation's Hofmann says the first move in launching the Firefox redesign was soliciting feedback from dedicated users in the hopes of gleaning something that Microsoft developers might have missed.

"We wanted to gather all the different things we learned about building browsers over the last 10 years and combine that with a strong look at the way people used browsers," Hofmann says.

One thing Mozilla developers quickly learned was that most traditional browser elements are extraneous to the everyday Web-surfing experience. Using minimalism as a design cue, developers whittled down the Firefox tool bar. They also stole a trick from Internet Explorer 5.0 and Opera, a browser created by a Norwegian company, by integrating a Google search form into the browser frame. Most important, they scrapped support for anything outside the W3C rule book, which attempts to set standards for Web development.

This latter decision, which meant that Firefox does not support Microsoft's ActiveX extensions or any party's VBSscript add-ons, proved fortuitious. In June, just after the 0.9 version of Firefox became available for download, a Trojan horse known as Download.Ject began to harass Microsoft Windows users en masse. A JavaScript-based Trojan horse of Russian origin, Download.Ject exploits tight coupling of Internet Explorer and Microsoft Windows. Users who visit a propagating page automatically download the invisible JavaScript applet. The applet then installs backdoor access and a keystroke logger on the unwitting recipient's machine, thus giving third-party hackers a chance to break in at a later date.

"Firefox is inherently safer, because it allows you to turn off the things that make Internet Explorer dangerous -- popups, JavaScript, ActiveX," says Scheelen.

The reason, says Hofmann, boils down to marketing savvy, or lack thereof. Internet Explorer currrently enjoys its dominant market share not because of Microsoft's celebrated marketing muscle, but because of Microsoft developers' undercelebrated flexibility. In essence, they've made it accessible to both sides of the browsing experience -- the ordinary user who wants to take advantage of the Web's abundant content and the commercial marketers who use dangle-free content as a lure for sideline promotions. Firefox developers, in contrast, don't have to worry about the content-provider side and can thus focus on a few elemental details: security, downloading speed, and ease of use.

Hofmann isn't the only one enjoying that freedom. Much of the Mozilla project's success stems from the fact that individual components have been outsourced to teams obeying their own "let's just make quality software" imperative. For example, Gecko, the layout engine that determines how Firefox displays HTML, is its own independent project under the Mozilla aegis. The same goes for Netscape Portable Runtime (NSPR), a library to ensure that applications interact with Firefox across a variety of platforms, and Thunderbird, an e-mail client still in development.

This sort of feudal distribution of authority seems like an ideal recipe for chaos. In fact, it's exactly the sort of thing that has kept both Mozilla in general and Firefox in particular moving forward, even without a major corporate benefactor.

"Our original manifesto for Phoenix set out a few key principles: make a product that just browses, and browses well (and) keep the team small and focused," writes Blake Ross, a Firefox team co-founder and current Stanford University sophomore, celebrating the 1.0 release on his personal Web site. "I'm proud to say we have delivered on that today."

Such focus in the midst of complexity is a large reason many open-source projects, despite the waning of late-1990s media hype, have not lost momentum. Apart from Firefox and the ongoing SCO-IBM lawsuit, the most noted open-source story of the last two years has been the Salt Lake City software company Novell's 2003 decision to purchase Ximian, a Linux desktop company founded by developers of the free software GNOME graphic user interface.

Noting the countercyclical timing of the purchase -- IBM, Hewlett-Packard and Sun Microsystems had each invested in GNOME's success as early as 1999 -- Jeff Hawkins, vice president of Novell's Linux Business Office, says it was the GNOME team's sustained progress in the subsequent downturn that proved more compelling.

"Remember the phrase 'Internet time?'" Hawkins asks, pointedly. "I think during the late 1990s there was this fallacy that somehow software could be developed faster. The truth is that software takes people writing it. It takes time."

Hawkins credits open-source developers for adopting a "steady march of progress" mind-set in the face of shifting market and media conditions. In the case of Mozilla, that mind-set has proved especially useful given the quick die-off in excitement when the 1998 Netscape source code failed to save that company from losing the remainder of its market to Microsoft.

"They kept plugging away," Hawkins says, of Mozilla. "People ignored them, until they got their break from the security problems in I.E."

The Mozilla second act, in other words, is a misnomer. While the rebirth imagery works well for those of us with short attention spans, the truth is, Mozilla never really went away. If anything, its delivery comes right on time. Most successful software projects, notably Linux and Windows, take between a half-decade and a full decade to reach full maturity, and most software project managers worth their salt will tell you that a good team, like a good winery, delivers no code before its time.

Instead of the fiery phoenix or the speedy firefox, technology watchers would be well served to think of the microscopic yeast cell -- a humble organism that delivers its best work when the lights are off and the oxygen supply is low -- the next time they read about reignited browser wars.

"That's one of the best strengths of open-source [development]," says Hawkins, noting the anaerobic analogy. "There's no way to kill it in the classic sense. Even the failed companies of open source contribute to its success."