A change of heart for Scrooge?

A leaked memo hints that Electronic Arts might change its exploitative ways. But the workers are unimpressed. 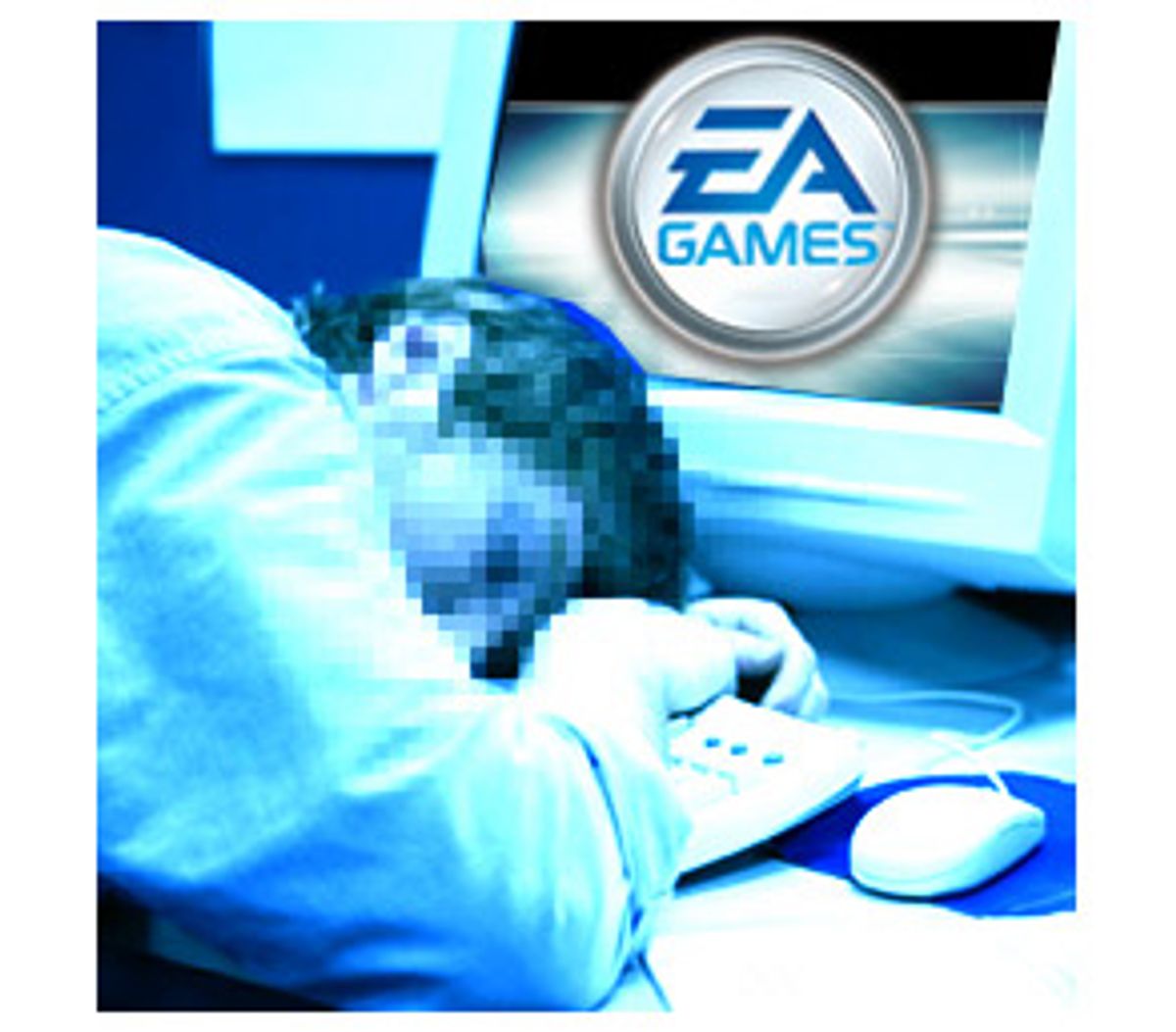 It's no fun being tarred as a digital sweatshop by your overworked employees and their loved ones just as the holiday season gets underway. Perhaps that explains computer game manufacturer Electronic Arts' attempt to cheer up its disgruntled troops with a faint promise that it's looking into doing some things differently next year. Judging by the response so far, however, Santa's disgruntled elves are unassuaged.

On Dec. 3, reports of a leaked internal memo hit gaming sites, indicating that Electronic Arts' management was attempting to answer the recent onslaught of criticism of its practices. (The gaming giant has been accused of forcing employees to work exceedingly long hours without overtime pay as part of its standard operating procedure.)

In the memo, Rusty Rueff, senior vice president of human resources, admitted that the company had a problem:

"As much as I don't like what's been said about our company and our industry, I recognize that at the heart of the matter is a core truth: the work is getting harder, the tasks are more complex and the hours needed to accomplish them have become a burden," he wrote.

Electronic Arts is facing a class-action lawsuit on the overtime issue. The suit charges that by misclassifying artistic jobs the company has avoided paying hundreds of hours of overtime. Rueff wrote in his memo that Electronic Arts is now considering reclassifying some jobs. But he also argued that labor law has not kept up with the demands of the gaming business.

"We are looking at reclassifying some jobs to overtime-eligible in the new Fiscal Year. We have resisted this in the past, not because we don't want to pay overtime, but because we believe that the wage and hour laws have not kept pace with the kind of work done at technology companies, the kind of employees those companies attract and the kind of compensation packages their employees prefer.

"We consider our artists to be 'creative' people and our engineers to be 'skilled' professionals who relish flexibility, but others use the outdated wage and hour laws to argue in favor of a workforce that is paid hourly like more traditional industries and conforming to set schedules. But we can't wait for the legislative process to catch up so we're forced to look at making some changes to exempt and non-exempt classifications beginning in April."

Commentators posting on the geek news site Slashdot ridiculed the memo as a public relations gambit aimed more at shaping public opinion than giving heart to beleaguered employees. The idea that developers "relish flexibility" particularly raised hackles: "This is supposed to imply that a salary-based schedule allows professionals a little flexibility in their work hours, not like the poor blue-collar bastards that have to punch a clock. Salary was supposed to mean that some weeks you work a little more, some weeks a little less, but in general you put in 40 hours a week. The entire concept of salary is meaningless if your continued employment depends upon you working 60+ hours a week," wrote one poster.

An anonymous poster at another site, claiming to be an E.A. employee, agreed that the memo seemed written for P.R. purposes: "It's basically a joke right now amongst E.A. employees. If you read it carefully, you can see that it's a whole lot of nebulous promises and excuses."

The woman known as "EA Spouse," who started the snowballing complaints on the Web with her screed about the "crunch time all the time" philosophy of the firm, added some choice words as well: "I do think that it is 100 percent PR, and that EA must have known it would immediately be leaked," she wrote in an e-mail to Salon. "The speed with which the internal memo reached the press I think is indicative of how upset EA employees are about all of this -- throughout the process EA has kept very quiet about it under the excuse that they want to keep 'family problems' inside the family, so to speak, but it is very clear that the employees themselves have no further interest in this secrecy."

As for the substance of the message, she called it "vague," and charged that it missed the point of employees' complaints. "'The heart' of the issue is not that making games is getting 'harder.' The heart of it is that there are things in life that are not acceptable in terms of behavior, and the treatment of human beings.

"I believe that any changes E.A. institutes will strictly be the result of their lawyers telling them that the prospect of sustaining death march hours on the backs of workers with questionable exemption status is not a stable one. Even in this, they will respond to the only pressure they seem to understand -- the pressure that threatens their bottom line.

"Still there is no concession to right or wrong, no reference to it, and no apology. The memo is a ticker tape output from a machine, but a machine that is clever enough to couch their demands in manipulative language that appeals to a developer's loyalty and, to a certain degree, romantic spirit. EA will stretch that advantage as far as it can to avoid a large scale mutiny."