Fraud suppress us, every one! And more holiday cheer-mongering. 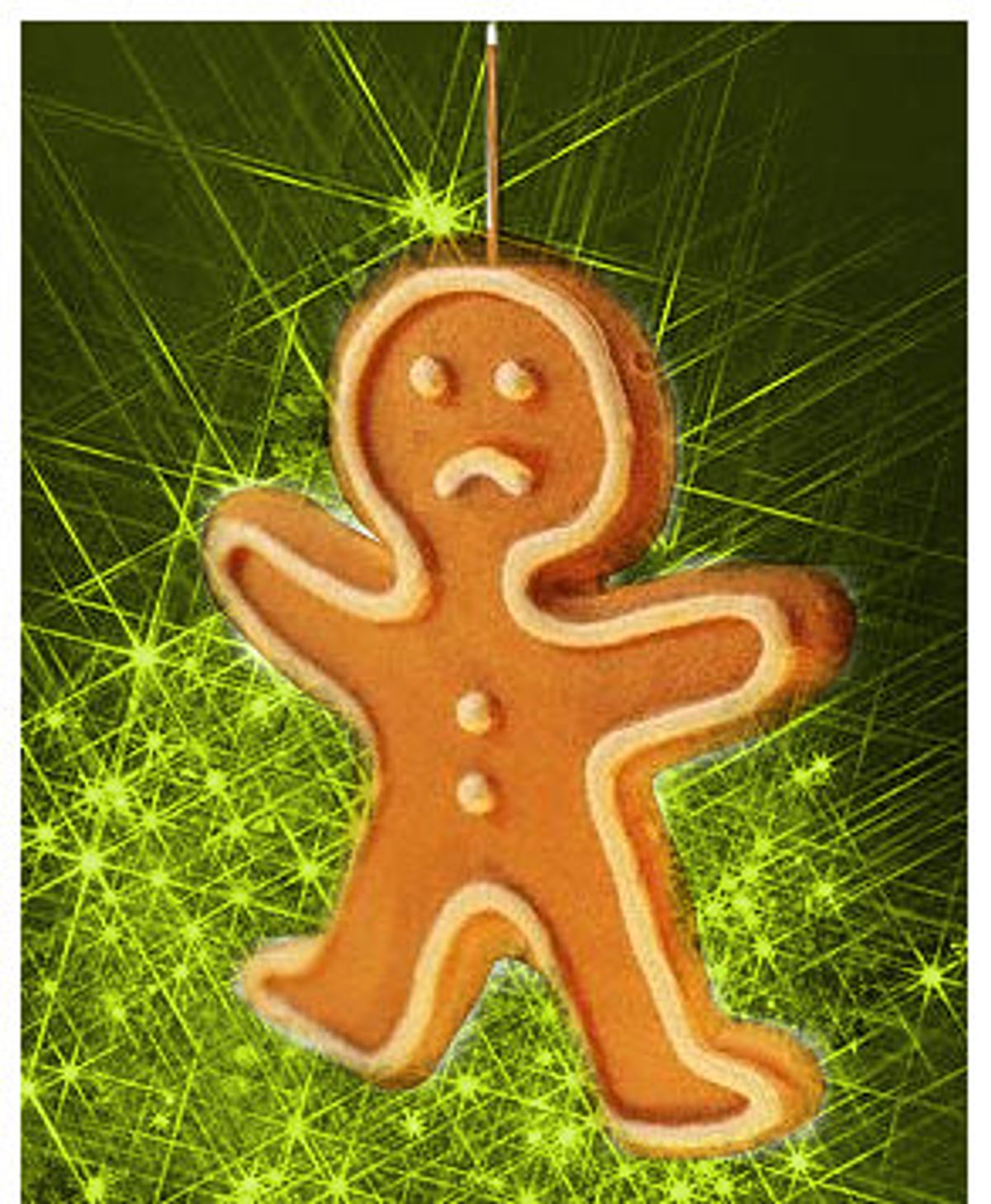 Another year has come and gone, boys and girls, at Ye Olde North Poll of public discourse. As I write this missive, the weather is as cold as Osama bin Laden's trail, but our hearts are still filled with the warm sediments of the campaign season.

Folks, the holidays are the perfect time for nostalgia, so dust off those bright and shiny things you are soon to pack away in the attic -- tinsel, twinkling lights, civil liberties, economic justice, whatever spells "peace on earth, goodwill to all" to any of you sentimentalists out there.

Here are some other festive ideas to liven up your holidays as our journey south gets underway:

Consider adopting one of the quaint customs of other lands. For example, Ukraine. (See also American folklore for venerable traditions such as "voting": 1) the act of making a choice to determine the outcome of something; 2) the total number of ballots cast by eligible voters.)

Set out some snacks for Santa. But plan those holiday menus carefully, Mom and Dad! As Tommy Thompson said when resigning as secretary of health and human services, "For the life of me, I cannot understand why the terrorists have not attacked our food supply because it is so easy to do." Good thing we stocked up on fruitcake.

Cut down on clutter. In the spirit of the season, let's tidy up all that silly paper we call a tax code. Simplify, simplify! Children and other innocents are easily pleased. Just give us a pretty box to play in. Then give the actual gift to the "big kids" by eliminating taxes on investments like stock sales, dividends and interest earnings. The rest of us will be toddling around with so much cardboard over our heads we won't immediately see that the big fat invoice has our names on it.

For example, President Bush's plan calls for a tax increase on healthcare by no longer allowing companies to deduct the cost of insuring their employees. Gee, to whom will our bosses once again pass on the crippling cost of our healthcare? At this rate we won't need to bother picking up our paycheck, giving us more time to find a second job to pay for the first one. And since our high-cost healthcare is bare-bones anyway, it's just as well that we'll be too busy to actually use it. The system works! For somebody.

Have a blue, blue Christmas. Worried about the consequences of this newer, simpler tax code? Don't be! While congressional Republicans' push to end the federal deduction for state and local taxes is the fiscal equivalent of a national cold front, the people who will feel the most severe chill are those in the blue states. And they say there are no coincidences.

Stay home for the holidays. And then stay home some more. With November job figures moving about as quickly as Mad Cow Hamburger Helper in a vegan co-op, there should be increasing opportunities for your adult children to move into your garage or basement. Be sure to ask for a commission when they start selling their vital organs on eBay.

Troll the ancient yuletide carols. New generations may need some help understanding arcane references in traditional Christmas carols. For example, explain that the line "All I want for Christmas is my two front teeth" refers to an era when ordinary people often saw real dentists in person. As for "Over the river and through the woods to Grandmother's house we go," this was set in the olden days when people could a) afford to put gas in their cars, b) pass through airport security without getting sexually assaulted and (c) Grandmother wasn't off on a drug run in Saskatchewan. According to the Center for Policy Alternatives, last year the prices of 30 prescription drugs used most by seniors rose more than four times faster than the rate of inflation.

Besides, as more U.S. military personnel have their tours of duty extended every time they're about to come home, we don't have to worry about hearing a lot of details that would only bum us out. Confine your attention to the man in front of the screen, preferably during the "Happy Hour Evening News."

Remember, it's the thought that counts. Are you on the side of "moral values"? Then thank the Southern white Jesus, you don't have to do another damn thing as long as you live. See, the way it works, as long as you frame the message, it really doesn't matter that more than 40 million Americans, most of whom come from working families, live below the poverty line. Can you imagine how exhausting it would be if you had to take all these people into consideration in your daily lives or when passing legislation? So the trick is to demonstrate, through your actions, that life ends at birth. You got that? Fight like hell to drag them into this world, and then -- well, that's pretty much it.

On the other hand, do act when action is warranted. Thank heaven some defenders of decency sounded the alarm on the film set of "The Merchant of Venice." Seems they have a thing for noticing the little things -- one of which is attached to a naked cherub, a detail in a painting used as background. Foot soldiers for the pure of thought (any thought, apparently) want the "wallpaper" painted out so American families can safely channel-surf a TV the size of a toaster. Peddle your 16th century fresco by Veronese elsewhere, fella. Oh, hey, look at those losers eating a horse rectum!

Finally, have fun! After all, it's not like we were actually honoring the birth of some radical who lived a life of poverty, wisdom and service to others and then got nailed for it. We're just flapping the old credit cards in unison to see if digging ourselves into one fiscal spider hole can get us out of another one. Yeah, that oughta work. Happy holidays, everybody!