Selling the forest for the trees

In a gift to timber industry patrons, the Bush administration is thinning national forests and cutting down government scientists who stand in the way. 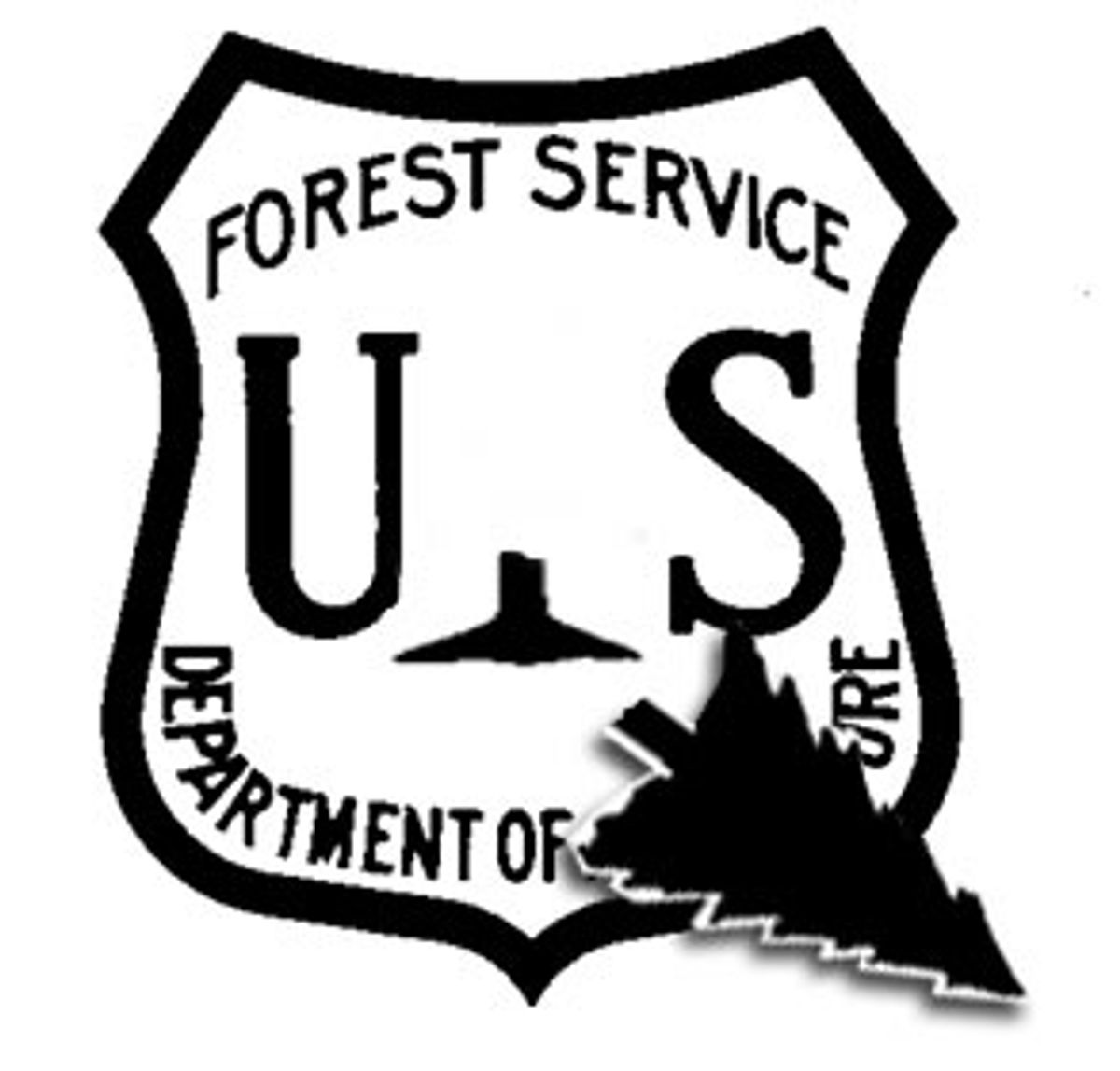 In eastern Oregon, amid the land where trees grow wider than queen-size beds, Forest Service biologist Kristine Shull has become afraid to speak the truth. She tried that once, and under the industry-friendly Bush administration, she nearly lost the job she has held for more than 15 years. Last fall, Shull's supervisor proposed selling to a timber company more than 3,000 acres covered in part with big, old trees that had been scorched by wildfire -- the kind of trees that birds and animals rely on for their habitat and are critical to keeping forests healthy. The timber sale, though, would have disregarded federal regulations that prohibit the agency from cutting trees bigger than 21 inches in diameter -- unless the trees are dead.

But these trees were not dead; they were green and broad, providing good habitat for the wildlife in the area Shull was charged to monitor. Even so, her manager wanted Shull to sign off on an analysis that said the trees were dying and were not providing habitat for animals. When Shull balked, she says, her superiors in the agency repeatedly asked her to change her assessment. One told her that if she didn't "get this done," she'd lose her job. When she snickered at the comment, she says he slapped his hand on the table and said, "I mean it." Shull didn't change her mind, but the pressure at work did not let up. She was told she wouldn't receive an expected raise, and for months she was ignored by her supervisors and some of her co-workers. Ultimately Shull developed high blood pressure, and her doctor recommended a month of medical leave.

While she was out of the office, her supervisor signed off on the sale -- the single largest amount of logging the forest had seen in a decade. "I was just so stressed; I'd never had my job threatened. I was afraid of retaliation. I don't deal very well with that kind of pressure and the threats were very scary," Shull told Salon. "This has become a hostile work environment; there's harassment and threats, and nothing is ever done."

Under the Bush administration, a disturbing number of biologists, botanists and ecologists who work for the Forest Service are reporting stories similar to Shull's -- more than a dozen spoke to Salon about their experiences. Fearing retaliation, almost none of the current Forest Service employees contacted for this story were willing to talk on the record. But they were desperate to tell their stories behind a veil of anonymity, and from their muffled voices a clear trend emerges. Scientists are routinely pressured to not do their jobs: to not stand up for the resource they were hired to protect so that timber, the old cultural icon of the agency, can continue to fall for the benefit of industry.

Forest Service "staff officers will tell you until the Earth goes cold that they follow the latest science, but we know that we can't give them too much data if we want to keep our jobs. Really, they could give a rat's behind about science," says a Forest Service employee who spoke on condition of anonymity. She recently received a $15,000 pay cut and demotion, she says, because she was "agitating other botanists" by disseminating information about laws they could use to protect plants. D.J. Evans, a former ecologist for the Hiawatha National Forest in Michigan, says: "I just wanted to do my job," counting on her fingers the eight botanists, biologists and ecologists who left the agency in eight years. "It was really stressful and discouraging. I don't think I've ever stayed up so many nights."

With government scientists pressured to abandon the native plants and wildlife they were charged to defend, the outlook is distressing for America's national forests. Along with this general assault on the land, the Bush administration is also not ensuring additional protection for declining species. It hasn't listed a single endangered species for protection from timber sales or other habitat-destroying actions, such as ski areas and hydropower dams, except under court order, court settlement or citizen petition, bringing the administration's total to a mere 31 species. Bill Clinton listed 521 species; Ronald Reagan listed 253.

This situation is only likely to get worse over the next four years. During the 2000 presidential campaign, the timber industry caught the Republican Party's attention with a $1.5 million fundraiser in Portland, Ore. Over the past two years the industry contributed nearly $600,000 to Bush's reelection campaign.

In response, the Bush administration has opened up the national forests: Last year it offered the timber industry approximately 30 percent more timber than it did in 2000 -- that's about 100,000 additional log trucks. And in early December, Mark Rey, undersecretary of agriculture, announced in Idaho at the annual meeting of the Intermountain Forest Association, a timber group, that the administration plans to double its efforts to thin Western forests. Said Rey: "We're going to be active; we're nowhere near the end of what we want to do." Meanwhile, a slew of new weakened environmental regulations and policies means that scientists who try to protect plants and wildlife are in for one hell of a ride.

"The whole apparatus of the Bush administration is a revolving door and then some with industry. What they're doing [in changing scientists' reports and opinions] is so egregious. I don't see any explanation other than to intentionally mislead the public," says Robert S. Devine, author of the 2004 book "Bush Versus the Environment." "If environmental policies are not guided by science and are instead guided by this corporate-oriented administration, the environment will be in trouble for a long time beyond this second term."

If the administration does indeed double the amount of logging over the next four years, botanists say there will be no way to conduct the required surveys of rare plants and animals prior to all timber sales because there simply is not enough staff. In the entire U.S. Forest Service there are only 179 botanists, and of those, fewer than 100 are actually out walking the ground. (In comparison, the agency employs over 10,000 foresters and forestry technicians.) With an average of one botanist per 1.5 million acres, often wildlife biologists and even foresters conduct botanical surveys. These employees are not required to attend botany-specific trainings or even to have any educational background in plant knowledge. "That's just not right," says a Colorado botanist who spoke on condition of anonymity. "It's so critical to have areas that are preserved. If you don't care for the plants, there's no wildlife -- but nobody else seems to be looking out there for these sorts of things."

Recent policy proposals by the administration will further strip scientists' power to protect fish and wildlife. While the National Forest Management Act sounds about as exciting as a Honda sedan, this law has been key to environmental oversight of the country's forests. Yet the administration today announced changes to this nearly 30-year-old law so that when specific forests want to revise or amend long-term management plans, they would not have to consider how new timber sales or ski areas or other actions would impact the environment.

More troubling, changes to current law include relaxing a Forest Service requirement to protect all viable populations of native fish and wildlife species -- called the single most important legal tool for protecting wildlife in national forests. The new rule will undermine the legal basis for protecting old-growth habitat and could result in much more logging of ancient forests. "This would take away the main tool that Forest Service wildlife biologists have had for 20 years," says Mike Anderson, a senior resource analyst for the Wilderness Society. "A lot of species probably will be pushed toward extinction. It's a pretty bleak outlook on all fronts."

In this hostile political climate, many agency scientists look ahead to the next four years with despair. They know what politicians and timber lobbyists would like to ignore: that when rare plants no one has ever heard or species few people care about disappear, the entire ecosystem -- even water quality -- is affected. Such ripple effects and long-term impacts have made even career scientists like Shull rethink whether they want to continue to work for the federal government. "They're going a way I don't agree with. My principles and morals don't fit anymore with the people in charge here. When I bring up an issue of protecting species, it's met with anger," says Shull, her voice heavy. "Since Bush has been in office it's just this feeling that they [upper management] can say and do anything and get away with it."