The mess-hall bombing in Mosul, say military analysts, signals the final unraveling of the U.S. war effort in Iraq. 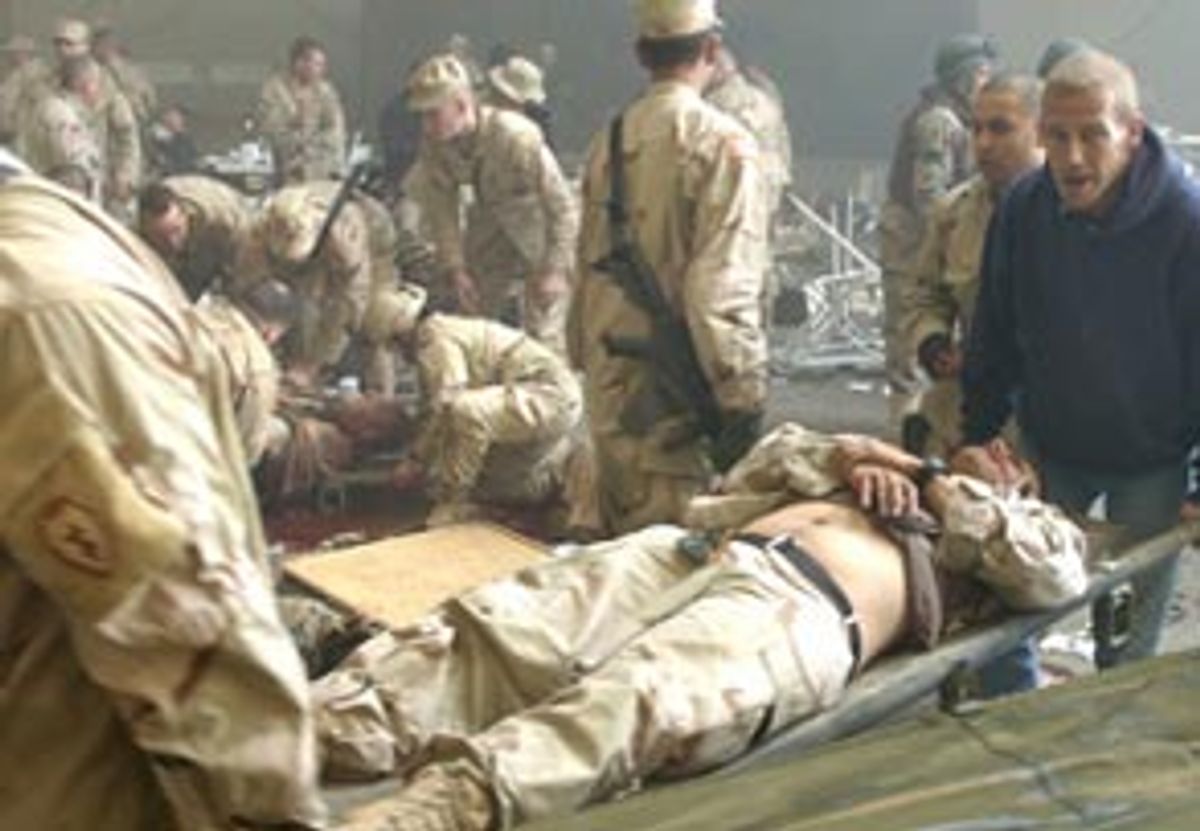 The devastating noontime mess-hall attack on a U.S. base just outside of Mosul Tuesday -- which resulted in 22 dead America soldiers and civilians -- was the latest in an escalating series of ever-bolder moves by the Iraqi insurgency against coalition and Iraqi forces. According to Gen. Richard B. Myers, the chairman of the Joint Chiefs of Staff, the explosion was likely incited by a suicide bomber.

To some military analysts, the fact that a suicide bomber could wreak so much damage inside a heavily fortified Army base suggests that the Iraqi occupation has sunk to a new level of chaos. The war in many parts of Iraq, they say, is apparently so out of control that we don't even know what we don't know. The lack of human intelligence is almost total. "The situation in Iraq is so confusing that I have no idea what is going on there, and anyone that tells you that they do is not telling you the truth," says Thomas Nichols, professor of strategy at the U.S. Naval War College in Newport, R.I.

A more blunt assessment comes from retired Military Intelligence Sgt. Maj. J. David Gallant, an instructor at the Army Military Intelligence Center and School at Fort Huachuca, Ariz. "National will is going to falter in its support of this U.S. involvement -- more than it already has -- if our soldiers cannot even be secure in large, semi-hardened containment areas," he says. "This is a damned cold slap in the face, and not one of these soldiers should have been killed or injured." He goes on to say, "Iraq is heading for civil war and total chaos and the Jan. 30 election is like putting a Flintstones Band-Aid on a gushing femoral artery."

That a suicide bomber could penetrate the base shows a new and increased sophistication by the insurgents to obtain accurate, actionable intelligence, analysts say. It also marks a new low in terms of American commanders securing their facilities against such attacks. Commenting on the breach, Sgt. Maj. Gallant says, "If my son or yours were in that DFAC [mess hall] and was killed or maimed, I would goddamned well want to know just who the hell is not doing his job that is allowing incipient attacks like this to occur."

While many neoconservatives and senior military officials have avoided comparing Iraq to Vietnam, the analogy can no longer be ignored. The mess-tent bombing even suggests a worse situation. It took a good four to five years for things to go south in a big way during the Vietnam War. That includes sapper attacks and major strikes against U.S. bases, populated areas and government officials -- the kinds of things happening every day now in Iraq. The difference is that we've only been in Iraq for 18 months.

The Pentagon is asking that we not give the suicide attack more credit than it is due here. Defense Department officials would like us to look at this as an isolated event in an otherwise promising scenario of the rebuilding of Iraq. Yet analysts are no longer buying that line of reasoning. The problem is that during a war, you cannot look at these kind of incidents as "isolated events," they say. Every skirmish or attack must be correlated with every other and laid out in a clear, coherent and accurate manner to be analyzed for any discernible patterns, capabilities and methods. Only then can any projections be made from which to plan our next move.

Looking ahead, Sgt. Maj. Gallant believes the suicide attack may be the watershed event in the unraveling of the U.S. war effort in Iraq. "I am afraid 2005 is even going to be worse than 2004," he says.