Dennis Quaid -- as an ad man working for a young upstart boss -- proves he's one of those actors who improve with age. 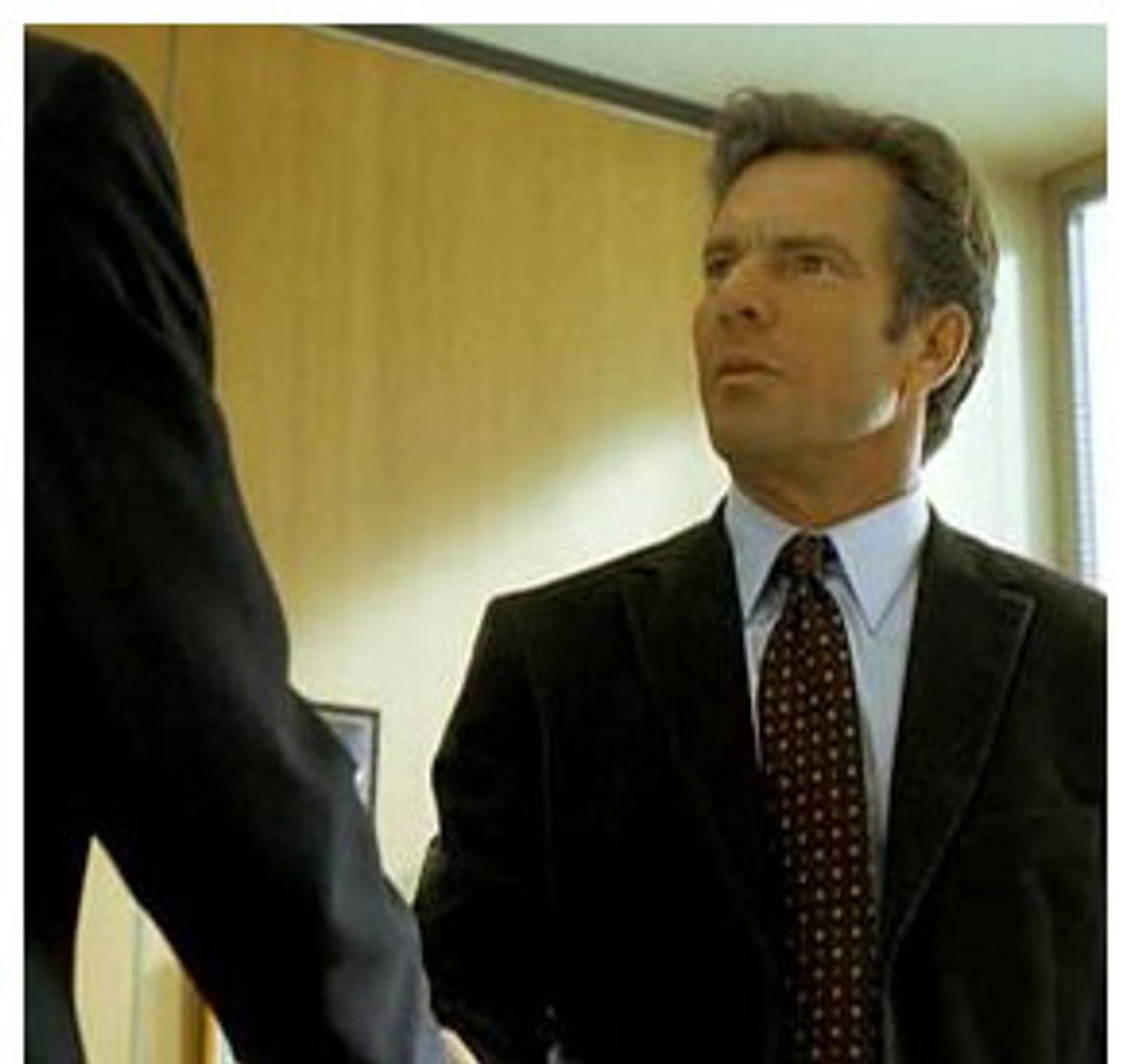 Paul Weitz's "In Good Company" is so gentle-spirited it nearly slides off the screen -- there's barely enough tension to hold it there, particularly toward the end, where Weitz (who also wrote the screenplay) seems to have scrambled to figure out how to wind the whole thing up.

But the picture has a pleasurable, good-natured glow. You can diagram its various problems as you're watching it and still walk away feeling you've had a good time. And even when the characters behave in ways we can't buy, the basic gist of the story is probably fairly believable to most adults who've been in the working world for any amount of time: The older you get, the more likely it is that at some point you'll have to work for someone younger, and less experienced, than you are.

Dennis Quaid is Dan Foreman, a 51-year-old magazine ad-sales manager who, after his company is bought by a conglomerate, gets a new boss who's nearly half his age. Carter Duryea (Topher Grace) is one of those bright, ambitious kids whose drive and weaselly charisma get him promoted into jobs he's not ready for. He's not stupid, but the limits of his experience and his undeveloped instincts are precisely the things that upper management is usually blind to, while underlings feel them all too keenly. In other words, as smart as he is, he doesn't really know what he's doing, but he's been put in the position of supervising people who do.

Once he's settled in to his new position, Carter starts letting people go, the first step in proving to himself and his superiors that he knows how to manage. (When Dan tells him that what he's really doing is firing people, Carter insists that the terminology "letting them go" just sounds better. "Not to the person getting fired, it doesn't," Dan shoots back bitterly, although later, he finds himself resorting to the same euphemism himself.)

Dan survives the cuts, although he loses both his authority and his fancy office to the young upstart: He used to head a department (one of his employees is played by the always-wonderful David Peymer, who has some great lines here), but now he's back to being just a salesman. "I think you have the potential to be an awesome wingman here," Carter tells Dan, with the kind of selfish sincerity that usually accompanies the most demoralizing insults uttered in the workplace. Dan obviously resents Carter, but he's relieved he still has a job: He's just learned that his wife (Marg Helgenberger) is pregnant, even though the couple already have two teenage daughters and long ago figured they were "done."

The main complication in "In Good Company" is that for all his misguided ambition, Carter isn't really a rat: "People would probably say I'm an emotionally guarded, anal-retentive asshole," he explains helpfully at one point, suggesting that he knows he's playing a role that doesn't really suit him. One of the first people to glimpse his human, insecure side is Dan's older daughter, Alex (Scarlett Johansson), a college student who's perceptive beyond her years. But Dan has fewer reasons to like Carter, and so, with refreshing forthrightness, he doesn't pretend to, even though the two end up forging an uneasy camaraderie.

"In Good Company" is a nearly weightless film -- it doesn't have nearly as much drive as Weitz's last picture, the fine, offhandedly passionate "About a Boy," which he made with his brother, Chris Weitz (one of the producers of "In Good Company"). But it always feels like a movie made for adults, which is more than you can say about so many contemporary Hollywood comedies. Weitz's view of the workplace may be oversimplified and Hollywoodized, but he does get at one inescapable truth: For many of us, our sense of self-worth is at least somewhat bound up in what we do for a living. Weitz is perceptive enough to realize that's as true for Carter as it is for Dan: The difference is that Carter has had so much handed to him, he hasn't yet learned what it means to be honorable. And Dan is a guy who likes his work so much -- and is so good at it -- that it has never occurred to him not to be honorable.

Weitz doesn't make the mistake of giving us a hangdog, workaday hero: Quaid has always been a terrific actor, but he may be one of those rare actors (like James Stewart) who really hits his stride in middle age. He carries his role here with just the right proportions of lightness and craggy bitterness -- he's sexy because of his adamant refusal to suffer fools gladly. Next to Quaid, Grace makes a more muted impression, but he's still a likable presence -- his performance has a gently caffeinated pulse.

The ending of "In Good Company" doesn't make a whole lot of sense, and there are places where Weitz relies on dumb, drive-through psychoanalysis to explain bad behavior. "In Good Company" would be a better picture if it had slightly sharper teeth (and, maybe, sharper music -- the soundtrack features more Damien Rice wisp-rock than most of us need in one lifetime). But even if the particulars of "In Good Company" drift away from you just hours after you've seen it, it leaves a hazy cloud of goodwill in its wake. It's a harmless pink slip of a movie.