As he prepares to replace Justice Rehnquist, Bush says he won't appoint judges who "legislate from the bench." But that standard would have precluded some of the high court's greatest rulings. 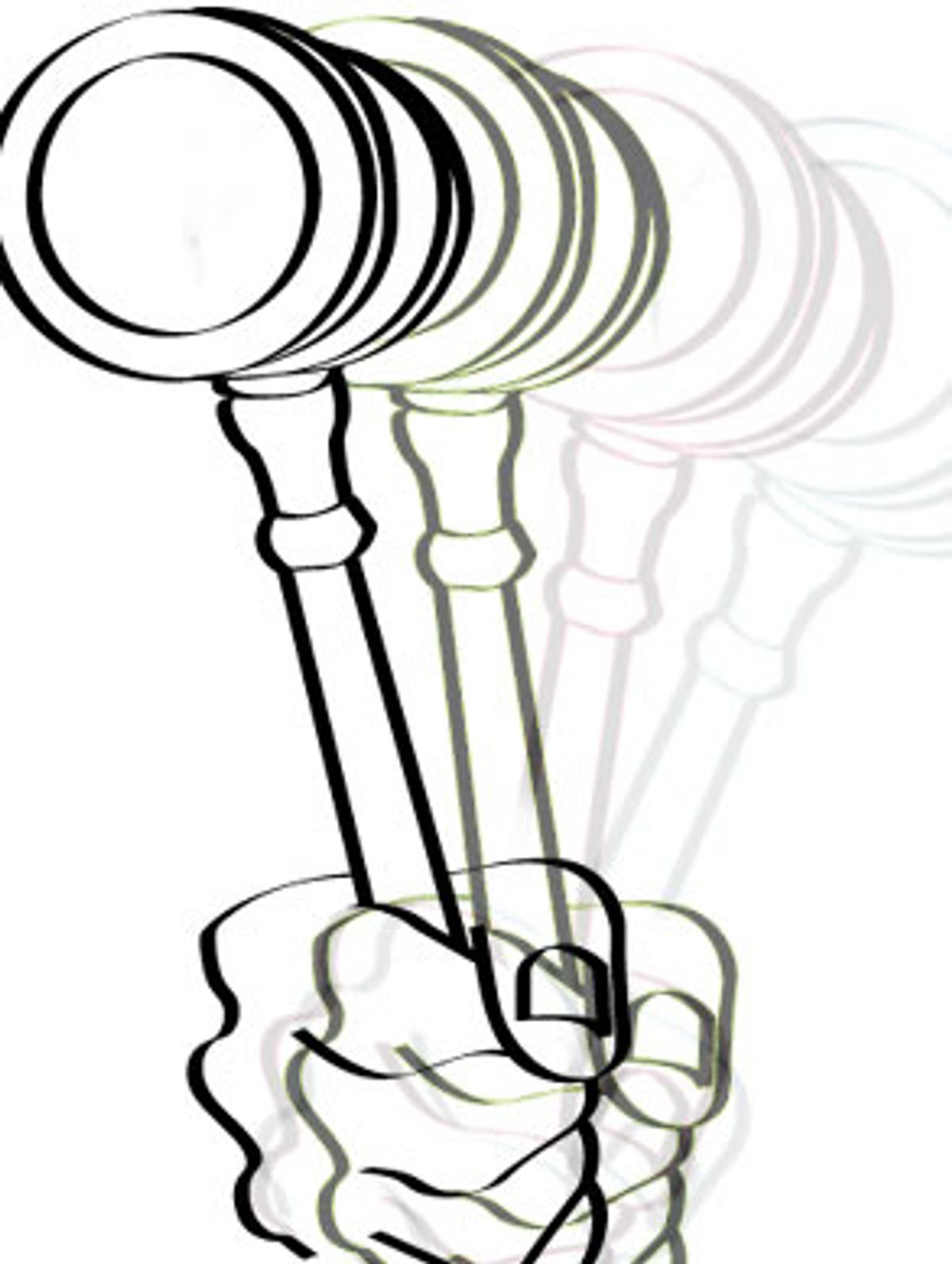 If, as now looks likely, Chief Justice William Rehnquist's illness pushes him into retirement, we who like our judicial debates sober and factual must brace ourselves for a perfect storm of twaddle. George W. Bush, who is given to unrealistic expectations, entertains the view that decent judges must never consult their personal preferences and must never "legislate" from the bench. He has proclaimed that he will appoint no such judges.

If Bush succeeds in imposing this antiseptic judicial standard in nominating new Supreme Court justices, he will have pulled off a trick that no predecessor of any political coloration has managed. All judges "legislate" in that their duty requires them to construe ambiguous constitutional phrases and statutes (often deliberately ill-drafted) that are far from self-interpreting. Some do the job more artfully than others, of course.

What Bush calls judicial legislation is more usually known as interpretation. But for purposes of argument, let's go with the subliterate term. Consider two notable examples of judicial legislation in the recent era: Brown vs. Board of Education (1954) and Roe vs. Wade (1973). That the latter decision is frequently damned today, whereas the Brown decision is all but hallowed, reinforces the point. Political correctness is far more powerful than principle in the evaluation of judicial techniques.

Even after the Brown cases were rebriefed and reargued in the Supreme Court's 1953 term, not a single justice could honestly say whether or not the 14th Amendment forbade segregation. The main problem was that the same Congress that had submitted the amendment for ratification had, at the same time, countenanced segregation in the District of Columbia. It was this difficulty, among others, as well as the continuing national embarrassment of two-class citizenship, that prompted the most wholesome Supreme Court decision of the 20th century. But the Brown decision rested not upon clear law or constitutional edict but upon sociological and psychological speculation about the dire effects of discrimination on small children -- as in fact Chief Justice Earl Warren candidly said and Southern die-hards complained about at the time. They were right. So was the decision.

Roe vs. Wade, for its part, was judicial legislation of an even more flagrant sort. It rested on a train of inferences and implications from the Bill of Rights that the Supreme Court had discovered a decade earlier when it threw out a Connecticut anti-contraception law that Judge Robert Bork famously, and correctly, called "nutty." But on what basis did the court "find" a hitherto unnoticed right of sexual privacy in the Constitution? Read the wildly various opinions in the Connecticut case and take your pick. In the process of determining the reach of lawful control of abortion, moreover, the court undertook to parse the process of human parturition -- and divided pregnancy, as Caesar did Gaul, into three parts. (The court called them trimesters.) That was legislation pure and simple. Whether you believe that the right to abortion is a preferable evil to back-alley and insanitary abortion, or that the procedure constitutes infanticide, Roe was classic judicial legislation.

It is a now largely discredited philosophical superstition that bars the admission that most if not all big judicial turning points are marked by legislative touches. Alexis de Tocqueville saw the inevitability of this almost two centuries ago. Dred Scott vs. Sanford (1857) is often cited as a worst case; but it is a monument of judicial art by comparison with Chief Justice Melville Fuller's crude dissenting opinion in the 1890 Mormon polygamy case (Mormon Church vs. United States). His single and entirely legislative argument was this: If you permit males of a polygamous sect to marry more than one wife, before you know it some other sect will be clamoring for human sacrifice! Most ethicists would have less trouble than Fuller in distinguishing. But at least that jurist introduced the jolly Supreme Court custom of pre-conference handshakes all around.

Even in the early 20th century, even in circles that passed for learned, people thought -- or at least contended -- that black robes in themselves conferred talismanic powers to "find" the law, independently of personal prejudice or predisposition, as if the law hid itself from profane eyes, like babies, in hollow stumps or bulrushes. This superstition was assailed and overthrown by the so-called legal realists of the 1920s and 1930s, though in the usual manner of intellectual revolutionaries the realists rather overdid it, stripping away not only much legalistic flummery but the veils of decency and plausibility that distinguish artful judging from the grossest free-lancing.

Every right-thinking student of judicial history knows that the Dred Scott decision (which denied federal citizenship to black people) was a horrible example of judicial legislation. But those who say so rarely cite its good parent, Marbury vs. Madison (1803), in which Chief Justice John Marshall declared that "it is emphatically the province and duty of the judicial department to say what the law is." Where did he get that idea? Certainly not from Article III of the Constitution, which contains no judicial supremacy clause. In this aboriginal assertion of judicial supremacy, Marshall's court found unconstitutional an obscure provision of the first Judiciary Act. But how could Marshall, who was not at the Constitutional Convention, have known more about the meaning of Article III than the authors of the Judiciary Act, who had been? Which is to say that "legislating from the bench" has a long and distinguished lineage, though again many of us prefer the less contentious term "interpreting."

Certainly no sane observer of the judicial scene would wish to retract the power Marshall claimed to referee our jostles and quarrels. Just think, for instance, what so drastic a step would cost in unemployment compensation for professors of constitutional law! But at least we needn't clutter and confuse the coming debate over the qualifications of nominees to the federal bench -- and its highest reaches -- with sloganeering of a nearly infantile simple-mindedness.

Isn't it enough that many of Bush's evangelical followers yearn to roll back modern biological science in the public schools and, for all I know, resurrect the flat-earth theory? Shouldn't this be enough diversion for them while adults address the future of the American judiciary?