Sinking to our enemies' level

By declaring that the war on terror has made the Geneva Convention obsolete, the Bush administration has abdicated its claim to represent universal -- or even Christian -- moral values. 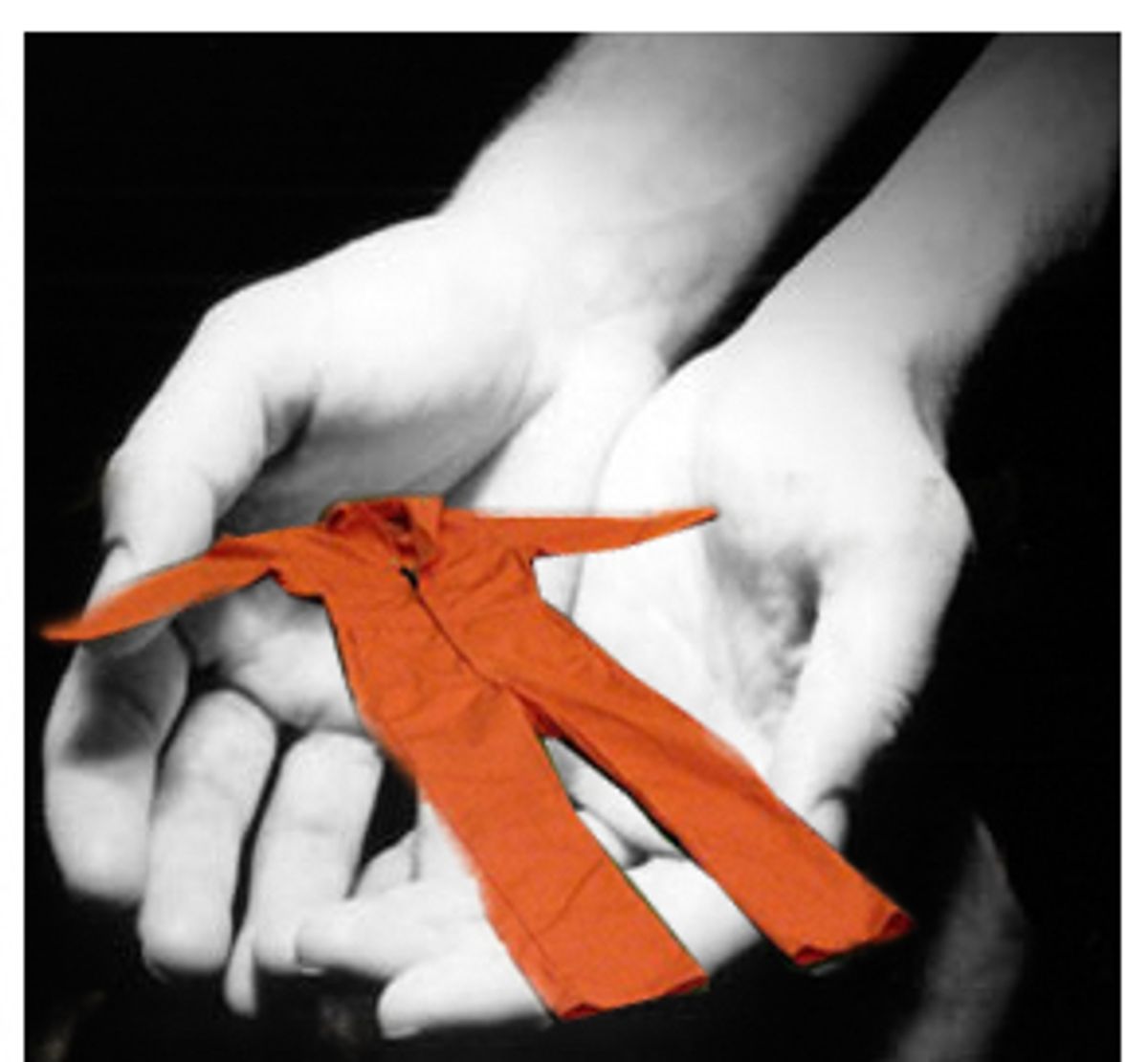 "To the victor go the spoils," goes the old saw, and in the game played by the Bush administration over how to define enemy combatants captured during the war on terror, the spoils supposedly include the right to define who deserves what treatment. This despite our nation's having agreed, in signing the third Geneva Convention, that "the High Contracting Parties undertake to respect and to ensure respect for the present Convention in all circumstances" -- and President Bush's having stated, in his 2002 State of the Union address, that "America will always stand firm for the nonnegotiable demands of human dignity."

The Geneva Conventions, developed and ratified from 1864 to 1949, aimed to protect the status of enemies captured during conflict. They put forth concrete criteria by which enemy civilians are to be treated and bound every signatory nation to abide by the statutes. Every nation was likewise assured to some degree that signatory nations would properly treat captured prisoners and civilians.

But war has changed its ugly face since 1949, and Alberto Gonzales, the Bush administration's counsel, consequently claimed that al-Qaida's gross terrorist conduct "renders obsolete Geneva's strict limitations on questioning of enemy prisoners and renders quaint some of its provisions."

Even a cursory read of the third Convention reveals that its worldview is one in which geopolitical action is the exclusive domain of nation-states. The Convention defines prisoners of war as, among other things, members of nation-state armies, in a militia with a defined chain of command. The fact is that the administration is right about this point: The 1949 Convention obviously doesn't strictly define al-Qaida members as prisoners of war. According to the letter of the law, the third Convention's protections are limited to combatants who are in some manner attached to nation-states that are signatories to the Convention, and fighting in a war conducted through "lawful" means.

Many political theorists today point out the limitation of such a strict nation-state worldview: Political theory and policy that do not extend beyond a focus on nation-states cannot be exhaustive in describing or prescribing present political reality. Nongovernmental organizations, nonstate economic actors and terrorists all operate beyond the strict parameters of state action, often manipulating the limitations of political boundaries and laws to their advantage. So to give Gonzales the benefit of the doubt, let's assume that he means that the third Geneva Convention is "quaint" along exactly these lines. As a nongovernmental entity, al-Qaida's agents are below the radar screen of the Convention's espoused worldview, and as such, they are below its strict protective reach as well. It is "quaint" because it doesn't account for present reality.

Perhaps political theorists might have encouraged Gonzales to label the Convention "limited" in its vision and in need of further development. Certainly those who want to extend beyond the nation-state paradigm don't argue for dismissing its structures and benefits out of hand but, rather, urge that governmental policy develop and accommodate the changing reality in which nation-states have far less of an exclusive hold over global affairs.

Yet Gonzales' position reveals something more disturbing about the assumptions of the administration: their very pragmatic focus upon the letter, as opposed to the spirit, of the law. Arguably, one could have recognized in the third Convention an attempt, in the language of the day, to institute protections for humans deserving a dignity that must be recognized universally by all people of goodwill. Thus, upon recognizing that the Convention is limited in its theoretical vision, the administration could have pushed its world peers to further develop the Convention to ensure protection for persons not previously included because of the limited worldview. There is long precedent for this: After all, Bush's favorite philosopher once said, "Whatever you do to the least of these, you do unto me." Instead, the administration named the prisoners in its war on terror as "unlawful combatants," thereby transforming them from humans deserving of dignified treatment, regardless of circumstances, into entities that could be manipulated at will.

Some of these prisoners have indeed participated in acts for which it is difficult to maintain a view of their humanity. But we must remember that one major reason for constraining the treatment of enemy prisoners is how it reflects upon us and expresses our humanity, or lack thereof. Surely we do not triumph over the forces that seek to destroy democracy and freedom if we too act in a way that violates the principles of law arising from our founding ideals about the dignity of humans.

Even more is at stake, however. This administration has cloaked itself in the garments of moral values and universal goods, defending them in the face of "liberal cultural relativism." The president has pledged to protect the "the nonnegotiable demands of human dignity." But in this matter, instead of choosing to extend to "enemy combatants" the most basic legal rights (such as representation) or moral treatment (no debasing torture tactics), the administration has rejected the spirit of the law and its obligation. Under the banner of "extreme emergency," it chose to create a climate in which these detainees could be treated in a subhuman and strategically beneficial manner. The stakes of that choice are devastating for our government's claims to moral legitimacy on the one hand and political expediency on the other. While grave emergencies sometimes require dire actions, the principle by which the administration has operated in this situation is strictly one of utility: The ends justify the means.

That is a peculiar moral position for a president who offers up platters of Christian goodness and "nonnegotiable" claims of truth at every opportunity. In terms of strategic expediency, our ability to provide a model of liberal freedom for the world, and act to spread it, will be met with skepticism, or worse, for years to come.

Many will quibble about whether the Christian imperative to abide by both the letter and the spirit of the law is readily applicable to the political realm. Indisputable, however, is this fact: Choosing to ignore the underlying principle of the Geneva Convention's protections for the dignity of persons exposes quite clearly that whatever Bush and his advisors are they are decidedly not the one thing they most desire to be: moral universalists.