Marvelous day for a Sundance

Hundreds of films and thousands of people descend on the wintery Disneyland of indie film for what's rumored to be the best Sundance Film Festival ever. 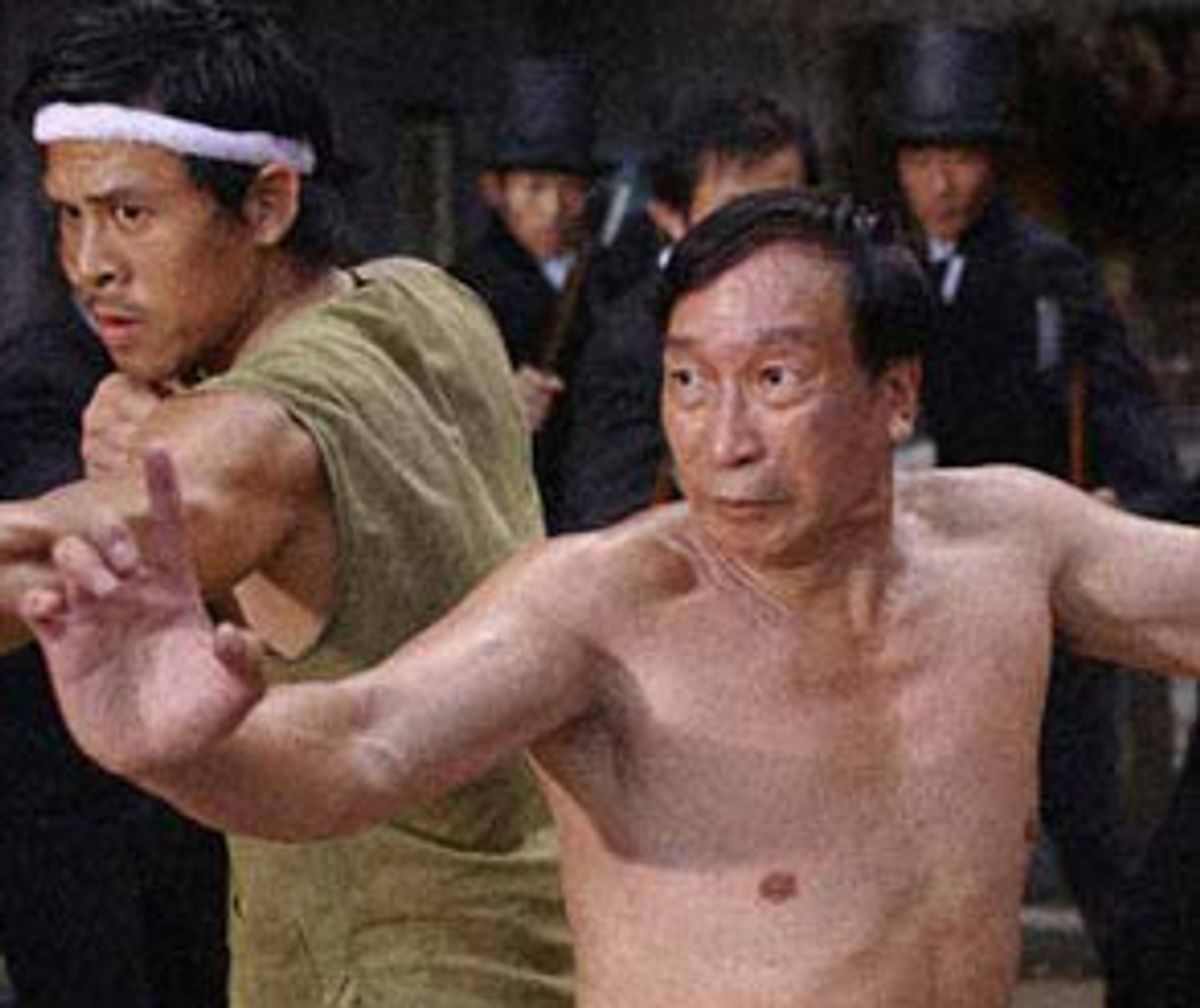 Sundance, Sundance, Sundance. So much is published about the festival each year, from reviews of buzz-friendly movies to shots of celebrities in fluffy mittens to filmmaker fables starring unknowns and underdogs armed only with credit cards and digital cameras. For those making the trek to Park City, the Disneyland of independent film, this is the white-hot center of the universe. But why should anyone else care? You've heard it all before: the snowy hamlet, suddenly filled to the brim with agents and tall blondes in fur coats and aspiring filmmakers and publicists, all scurrying from packed screenings to packed cafes to packed parties to packed condos, hoping against hope that they won't catch the Sundance flu or fall and break an arm on some black ice or miss the bus to this or that premiere.

By now you also know about the commercialization of the festival, and the paralyzing crowds at most events, and the fact that so many films, after they get into Sundance, still don't get picked up by distributors, so only festival-goers end up seeing the work some young dreamer sold a kidney to make.

But for all of the skepticism and the redundant dispatches and gripes that Paris Hilton will be in Park City this year, the fact remains that Sundance is the premier film festival in the country, and one of the best chances an independent filmmaker has of getting his or her film in front of audiences. Dashed hopes and disappointments aside, a slew of great films come out of Sundance every year. Just scan through some of last year's notables: "The Motorcycle Diaries," "Garden State," "Maria Full of Grace," "Napoleon Dynamite" and "Open Water," plus critically acclaimed documentaries "Control Room," "Super Size Me," "Born Into Brothels," "Tarnation" and "DiG!"

By all accounts, this year's offerings are as strong, if not stronger. But while there are whispers that this might just be the best Sundance ever, with buzz building around so many films, it's impossible to keep track of them all, let alone see them. Still, there are a handful of early standouts generating a lot of talk, either due to the talented directors or actors involved, a good response at pre-Sundance industry screenings, healthy pre-festival studio interest, or distribution deals already signed. A sneak preview:

"The Ballad of Jack and Rose": When the intriguingly eccentric Daniel Day-Lewis emerges from his travels and shoe-cobbling, you have to take note. Throw in the ever-charming Catherine Keener and director Rebecca Miller, who won high praise for her film "Personal Velocity," and this one goes on the must-see list. Day-Lewis plays a man whose attempts to create a utopian community clashes with the realities of the outside world.

"Pretty Persuasion": Marcos Siega's film about some high school girls who claim that their teacher sexually harassed them is already gathering buzz. And why wouldn't it? A dark, funny look at the emptiness of status and celebrity and the manipulations of teenage girls? Sounds like a meaner "Clueless" -- or a less clueless "Mean Girls."

"The Jacket": John Mayberry directs Adrien Brody and Keira Knightley in a psychological thriller about a Gulf War veteran with amnesia who's accused of murder and ends up in an institution. Out come the straightjackets, the experimental drugs, a little time travel... This might just be an updated, even more eerie version of "Jacob's Ladder."

"Wolf Creek": This horror flick looks to be the "Open Water" of the Australian outback. Based on a true story, it's not surprising that director Greg McLean's Dogma-style genre flick has already been picked up by Dimension Films, given "Blair Witch's" Sundance legacy.

"Hustle & Flow": Director Craig Brewer takes us into the world of Dijay (Terrence Howard), a pimp who's pursuing his dream of becoming a well-known rapper. Buzz is building around this one, partially because Howard's performance is said to be phenomenal.

"Kung Fu Hustle": A deliciously absurd, delightfully funny romp from Stephen Chow, the off-kilter genius behind "Shaolin Soccer." If you can imagine the combat of "Crouching Tiger, Hidden Dragon," mixed with the demented goofiness of "Monty Python and the Holy Grail," and the sweetness of "Rushmore," then you're in Chow's neighborhood. For all its silliness and CGI-aided combat thrills, though, "Kung Fu Hustle" has a pretty little heart -- an affection for ordinary people and the innocent enthusiasm of children lies at the center of this slap-happy kitsch fantasy.

Documentaries
"Grizzly Man": Werner Herzog examines the life and death of Timothy Treadwell, an amateur grizzly bear enthusiast and author of "Among Grizzlies," who, with his girlfriend, was killed by a grizzly. The film includes footage shot by Treadwell, and is said to be just as disarming and strange as you'd expect from the legendary director of "Aguirre: The Wrath of God" and "Mein Liebster Fiend."

"Inside Deep Throat": A documentary about the zeitgeist surrounding the 1972 film "Deep Throat" by accomplished documentarians Fenton Bailey and Randy Barbato. Commentaries by Gore Vidal, Norman Mailer and John Waters should be worth the price of admission alone.

"The Devil and Daniel Johnston": Jeff Feuerzeig's portrait of musician Daniel Johnston's battles with manic depression sounds like the sort of unpredictable, inspiring treat that gathers momentum quickly. Cobbled together from home movies, footage of live shows, and audiotapes, the film wanders into the irresistible terrain where genius and insanity collide.

"Twist of Faith": Director Kirby Dick examines the experiences of grown men who were abused by a Catholic priest as boys. The film focuses on Tony Comes, a firefighter whose loyalty to the Catholic Church and his marriage are threatened when he moves into a new house with his family, only to discover that his alleged abuser lives five houses down the street. Comes' honesty about his experiences and their brutal psychological impact on his daily life make this a very intimate and devastating portrait of the long-term scars of sexual abuse.

Of course, it's impossible to see every film that sounds interesting, or to make any predictions about which films will emerge as the hits of the festival. While it's safe enough to guess that "Wolf Creek" or "Grizzly Man" will capture festival-goers' interest, it's the films by unproven directors like Jared Hess ("Napoleon Dynamite") that provide the most unexpected and dramatic stories to emerge from Park City each year.

Veteran festival-goers recognize the futility of such early guesses, and scoff at talk of buzz, remembering how little early chatter surrounded last year's "The Machinist" or "Tarnation." But if anything fuels the warmly bundled crowds outside the theater opening night, it's the sense that Sundance is anyone's game. And while there may be a vast array of disappointments, there are always a few exciting new talents that make the whole crazy, overpopulated, commercialized circus worthwhile.