Ice Cube and Nia Long do their best to rev up this family comedy, but it never quite takes off, let alone arrives. 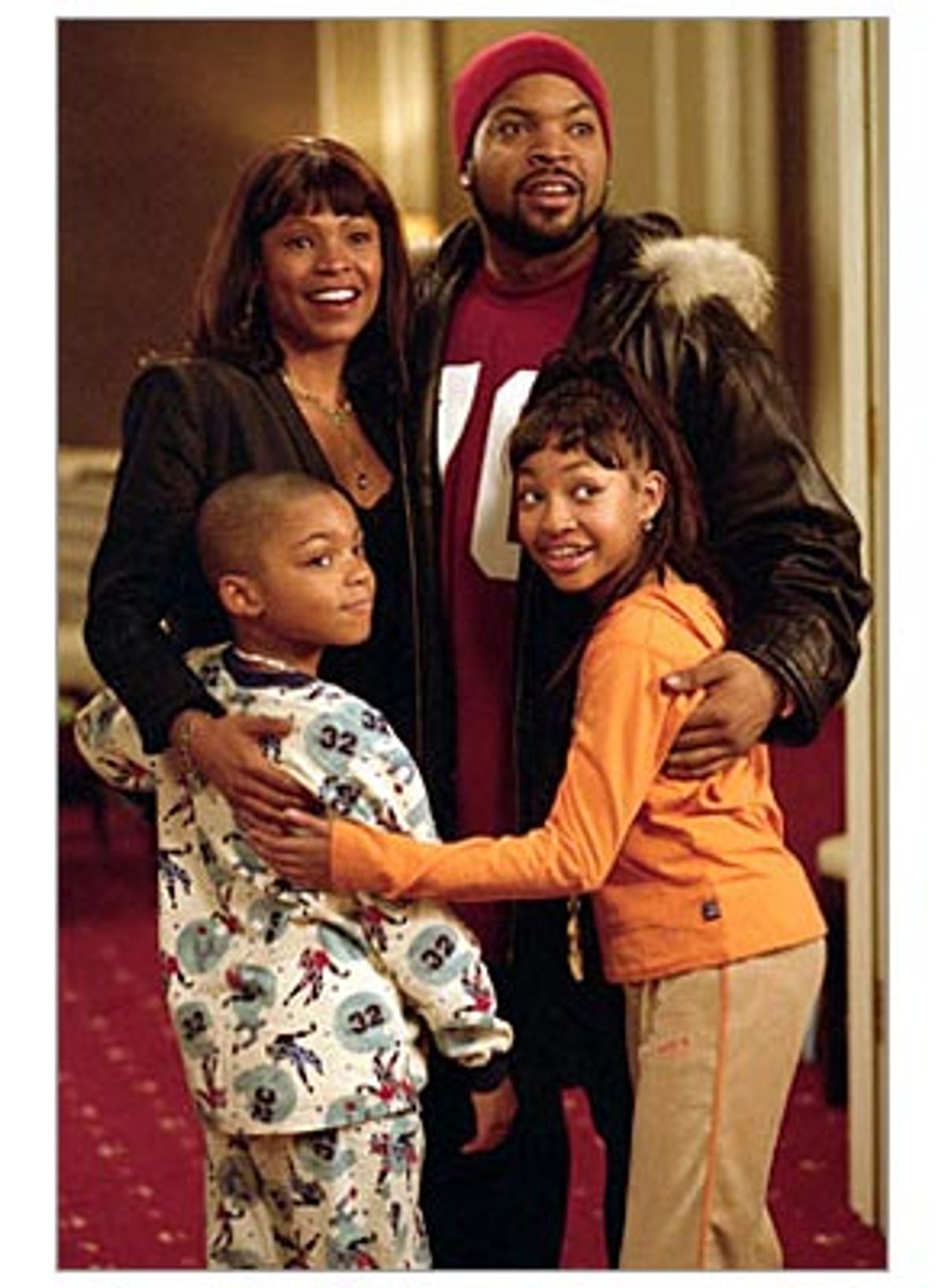 In "Are We There Yet?" Ice Cube plays Nick, the owner of a successful Portland, Ore., sports-collectible store who hopes to cozy up to a stunningly beautiful party planner named Suzanne (Nia Long). The problem is that her kids, Kevin (Philip Daniel Bolden) and Lindsey (Aleisha Allen), miss their estranged father so much that they'll do everything in their power to stop their mother from dating another man. Nick, who doesn't like kids to begin with, agrees to escort the two little demon-munchkins to Vancouver, B.C., where Suzanne is spending New Year's Eve on a business trip. The three barely survive the trek, but of course, by its end, having survived projectile vomit and an attack by a crazed fawn, they become fast friends.

"Are We There Yet?" -- directed by Brian Levant ("Snow Dogs," "The Flintstones," "Beethoven" and other perennials now playing at the Hell Sixplex) -- is designed to be a family comedy, which means that at the bare minimum, all it needs to do is keep kids reasonably entertained for 90 minutes and give their parents a little something to look at as well. I'm not completely sure about the former: The gags seem pretty lame even by the standards most 8-year-olds assiduously apply (although the 8-ish kid behind me certainly giggled at the mildly naughty pee-pee jokes).

The best kids movies are always entertaining for adults, too, maybe partly because they don't talk down to anyone, old or young. But even for throwaway comedy, "Are We There Yet?" doesn't make the cut -- its pacing is pokey and uneven; it never takes flight. And while all child actors need to be graded gently on the hambone curve, the kids here push the limits of over-the-top bratty cuteness. At one point their mother, talking to them on her cellphone, coos, "I love you," and I couldn't help shouting out, "Why?"

But for adults, there are far worse tortures than getting to look at Ice Cube and Nia Long for 90 minutes. Long, unfortunately, doesn't get a whole lot of screen time, and her devoted-mommy role is a thankless one. It's painful to watch an actress like Long, who has been superb in a string of pictures including "Boiler Room" and "Alfie," in a movie like this one -- she deserves so much better. Still, she makes the best of it, and her radiance carries her the rest of the way.

And although he's rarely acknowledged as such, Ice Cube is a real movie star, as well as a consistently impressive actor. I can't recall ever having seen a single bad Ice Cube performance, and his utter charm even in flimsy material like this only reaffirms his gifts.

Cube has an easy grace with his fellow actors, particularly those obnoxious kids. At one point, the kids learn that their dad, who has recently wanted to have little to do with them, has a new baby and a new life, and the revelation wounds them deeply. Cube delivers the movie's big line, assuring them that their dad's skipping out on them reflects badly only on him: "He's the failure in this, not you." Cube gives the words grace and might, draining them of all their soapy self-helpiness.

He's also stunning to look at, a gracefully handsome presence with his easy smile and relaxed carriage -- he makes baggy jeans and hefty gold "blingage," as he calls it, look elegant instead of just trendy. If only George Hurrell were around to photograph him. And if only there were more movie projects worthy of him.