French journalist Georges Malbrunot recounts his horrific days in captivity and how he is now convinced of one thing: America's Iraq policy is doomed. 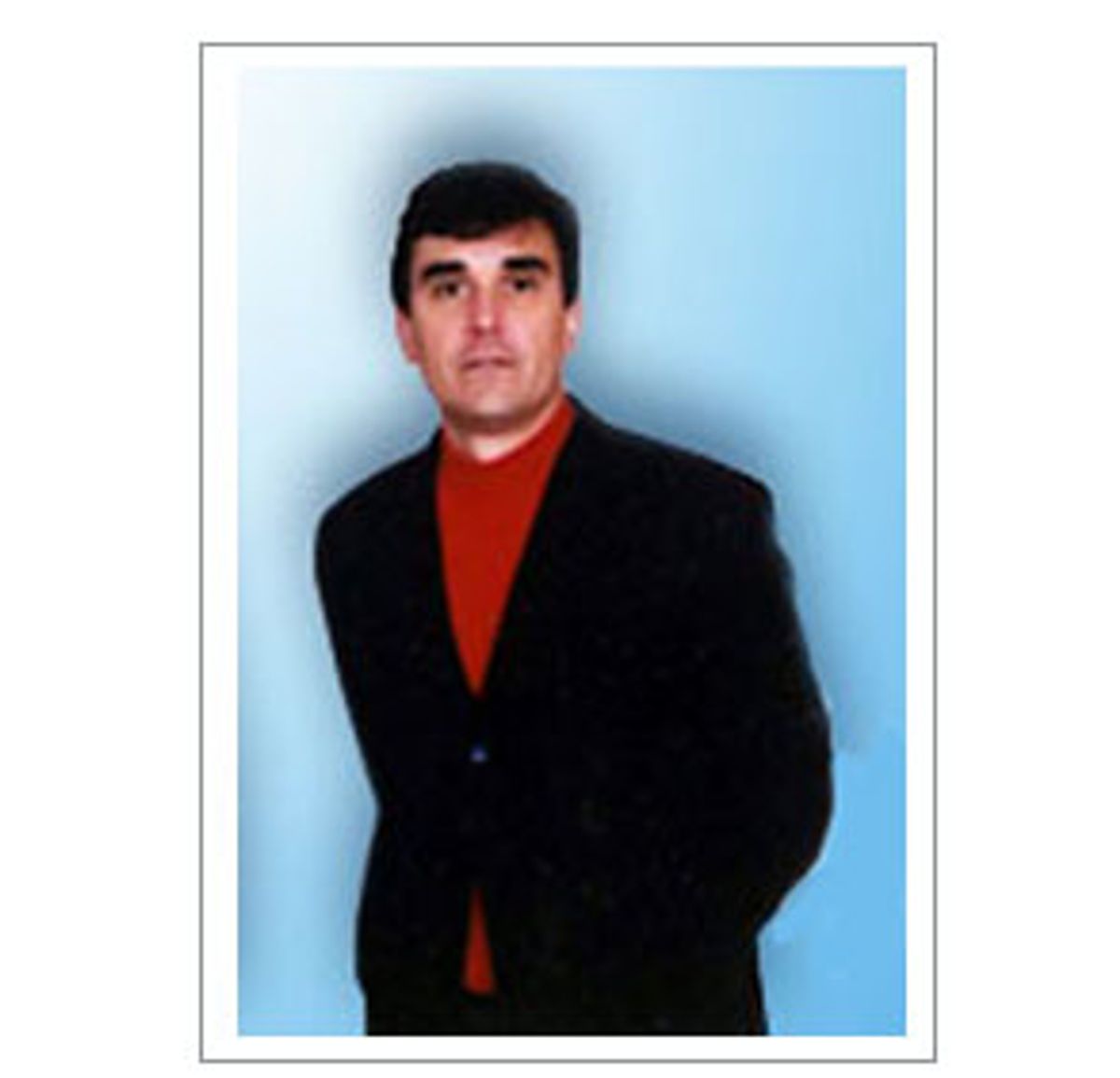 The two cars, one a white Mercedes, came out of nowhere. Within seconds the car carrying French reporters Georges Malbrunot and Christian Chesnot, and their driver, skidded to a halt. They were caged between the two other vehicles on a perilous road that headed south from Baghdad to Najaf. The men had known this was a dangerous road. They had even warned colleagues not to take it. Now they were pawns in Iraq's most dangerous game -- abduction.

Immediately, eight men in white hooded robes ripped open the car doors, tied up the reporters and threw them into the Mercedes. Luckily, both speak Arabic, Chesnot more fluently than Malbrunot, so they could talk to their assailants and plead their innocence. Right away, they declared themselves to be reporters, French, men who understood the resistance.

"We immediately distanced ourselves from the Americans and stuck to the French position," Malbrunot said Wednesday from his family's home in Paris. The two were taken to a small cell and interrogated for hours by masked men holding guns. "We told them we were French journalists and that we were there to do our work and show the realities of the resistance."

They thought being French would be the equivalent of a white flag, a "get out of jail free" card or at least a means of assuring a timely release. France has long believed that it has a special relation with the Arab world and that it wields more leverage than other nations. Yet after their capture on Aug. 20, not even the Syrian driver was let go until November. To the shock of French leaders, hostage negotiators and the public, the two reporters remained in captivity. Following the abduction French news organizations ran the men's photos every day, and banners with their faces went up all over Paris. The government sent several teams to negotiate clandestinely. Still, the men remained captives until Dec. 21. Malbrunot is convinced their "Frenchness" kept them alive.

"If we had been American or British or Italian they would have killed us," Malbrunot said. "Being French was the best card we had." If so, then the second best was being well-known. "We had the feeling that our captors were quite proud to negotiate with France, such a big country. And I think it did help that our names were in the news. A dead hostage has no value."

Now safely returned to the arms of his Parisian family, Malbrunot said that he and Chesnot slowly began to realize that they were "living on planet bin Laden." References to "Chief Osama" abounded, he said, and there was much talk of living by Muslim law. Resilient, tough-minded and good-looking, Malbrunot, 41, became an instant celebrity in France the minute that he and Chesnot, 38, disappeared. Now, a month after his release, he offered a curt assessment of where America's Iraq policy is headed: "Straight into a wall." He also had some blunt advice for journalists planning to cover the war. "Don't go to Iraq," he said. "You will be killed. No story is worth your life."

Such skepticism toward the U.S. presence in Iraq is not surprising coming from a Frenchman. After all, France opposed the Iraq war from the start. Yet Malbrunot spoke from a different perspective, one nuanced by four months in captivity. For 124 days, he endured his kidnappers' anger and mercilessness. His life balanced on their fanaticism and ever-changing reasoning.

The two were imprisoned in a cramped cell and Malbrunot admitted that his vision was somewhat limited. Still, he said, his abduction brought him closer to the extremist underbelly of Iraq, closer to "these people who are extremely cruel" and for whom violence is an integral part of daily life. He still has trouble sleeping.

"These people will not surrender," he said. He was referring not only to the estimated 15,000-17,000 members of the Islamic Army in Iraq, which kidnapped him and Chesnot, but also to the dozens of other Islamic fundamentalist groups fighting in the country. "They have time, they have weapons, they have money," Malbrunot said. "And they are fighting at home. I am afraid it will only get worse and they will get more and more power. It frightens me."

What's even worse, he said, is that in President George W. Bush, "they have a great partner." Neither side is willing to budge.

During their captivity, Malbrunot, a freelance reporter for the conservative French daily Le Figaro, and Chesnot, of Radio France Internationale, were moved six times, mainly shuffled about in the trunks of cars. For two weeks, he and Chesnot lived in a mosquito-infested cell with a corner hole serving as a toilet. Later, their conditions improved to one room with a toilet. The men never saw the faces of their captors -- all wore balaclavas. They were often handcuffed, blindfolded, interrogated and subjected to odd demands -- including an order that they convert to Islam. At one point, they were told they would be killed unless France revoked a law banning Muslim head scarves from being worn in public schools.

Although he kept telling himself he would live, Malbrunot admitted that a few times he broke down in tears, convinced he would die. Yet often he acted like a clearheaded Cartesian, cozying up to guards, trying to be friendly and to extract bits of information about where he was, what was happening in the world, and to whom his captors were reporting. Four other prisoners with whom he briefly shared a cell were beheaded.

Malbrunot is still trying to sort out his disjointed impressions. Before his abduction, he had never heard of the Islamic Army in Iraq, an extreme fundamentalist group with close ties to Osama bin Laden. Now he knows a lot. They are, for example, better organized and wealthier than he ever imagined, even more than they were six months ago. Also, he said, they are adamant jihadists, convinced that they are waging war to defend the Muslim faith against the West. "There was a lot of talk about Chief Osama, references to Chechnya and how the Muslim world is fighting the Western world in Chechnya, Pakistan and Afghanistan," he said. Some of the men were Saddam Hussein loyalists, including one who claims he was Saddam's personal secretary.

Islamist cells are also compartmentalized and divide their work carefully, Malbrunot said. Some do the kidnapping, others the interrogating, others the judging, others the guarding and -- he assumed -- others the killing. They also have surprisingly strong contacts in Europe. Although they operate separately, they sometimes coordinate with other insurgent groups -- including those run by Jordanian militant Abu Musab al-Zarqawi, the most wanted insurgent in Iraq. (The United States has offered a $25 million reward for Zarqawi's capture.) Malbrunot said the insurgents will not give up until the last of them is dead. Thus he sees little hope in upcoming elections on Jan. 30.

"One of our jailers told us they have four enemies," he said. "American soldiers and other coalition members; collaborators, which meant businessmen -- Italian, American or even French -- who are working there; the Iraqi police; and spies." Any new Iraqi government, he said, will be viewed as an enemy, just as the Americans -- and even secular Arab leaders -- are seen. The groups want to defeat America in Iraq, drive a wedge between Europe and America, and "overthrow the Arab leaders in Egypt and Saudi Arabia and return to the caliphate [Islamic rule] from Andalusia [Spain] to China."

Compared to what Malbrunot has read about hostages in Lebanon and other places, he said, he and Chesnot were well cared for. Aside from one slap on the face, they experienced no violence. Their captors served them regular, if repetitive, meals of beans, chicken, rice, dates and tea. Still, each lost two to four pounds per week. The jailers told them how to sleep in the proper Muslim way, prohibited them from smoking as it is against Muslim practices, and said they were allowed to pray, but only in the Muslim manner.

One of the hostages' strategies was to get to know their guards, who always stood at the door, holding a Kalashnikov. They asked the guards about their children, their families, anything they could think of. "My obsession was to drag things out," Malbrunot said. "The longer we lasted, the surer we were that we would be released. But we were scared." The guards were friendly, but "we also knew they could get an order and kill us the next day."

At one point in their captivity, they talked to the jailers about journalists, why they were targets and what the abductors generally did with such prisoners. "They told us that with journalists, they respect the position of their countries. We asked them why they don't bargain for journalists. They said, 'Journalists are enemies and we kill them.'"

On Jan. 5, two weeks after Malbrunot and Chesnot's release, another French journalist, Florence Aubenas, who works for the liberal daily Liberation, disappeared while on assignment in northern Iraq. No sign of her has yet appeared and no group has taken responsibility for her kidnapping. It could mean, said Malbrunot, that she is not the victim of a political group but of criminals.

The cruelest moment of their captivity, Malbrunot said, came on Nov. 8, when guards made them believe that one of them was to be killed. The waiting was excruciating. Each time the door opened, they thought one of them would be taken. Huddling together, the men held hands and made oral wills. Each asked the other to deliver messages to his family. They cried. They prayed. They both reconnected with their Christianity.

And then, suddenly, about a week later, the mood lightened and they began to hope again. In early December, they were even given shampoo and allowed to look in a mirror for the first time. On Dec. 21, they were thrown into the trunk of a car and delivered to French officials at the side of a road. For the first time in four months, the men saw the sky. One French paper, the Canard Enchaine, claims France spent approximately $19 million to free them. The government denies it but nonetheless is embroiled in a bitter, backstabbing debate about what went on behind the scenes to secure their release. Malbrunot said he has no idea whether Paris paid a ransom.

Malbrunot and Chesnot -- who is in Jordan preparing to move from the Middle East back to France -- are now writing a book about their experiences. Neither plans to return to Iraq anytime soon. One of the last things their captors said to them was, "Don't come back here. We don't want you. Iraq is a land of war."