"The Society of Others" by William Nicholson

A cynical, sullen young man hitches a ride with a book smuggler and finds himself in an Eastern European dystopia. 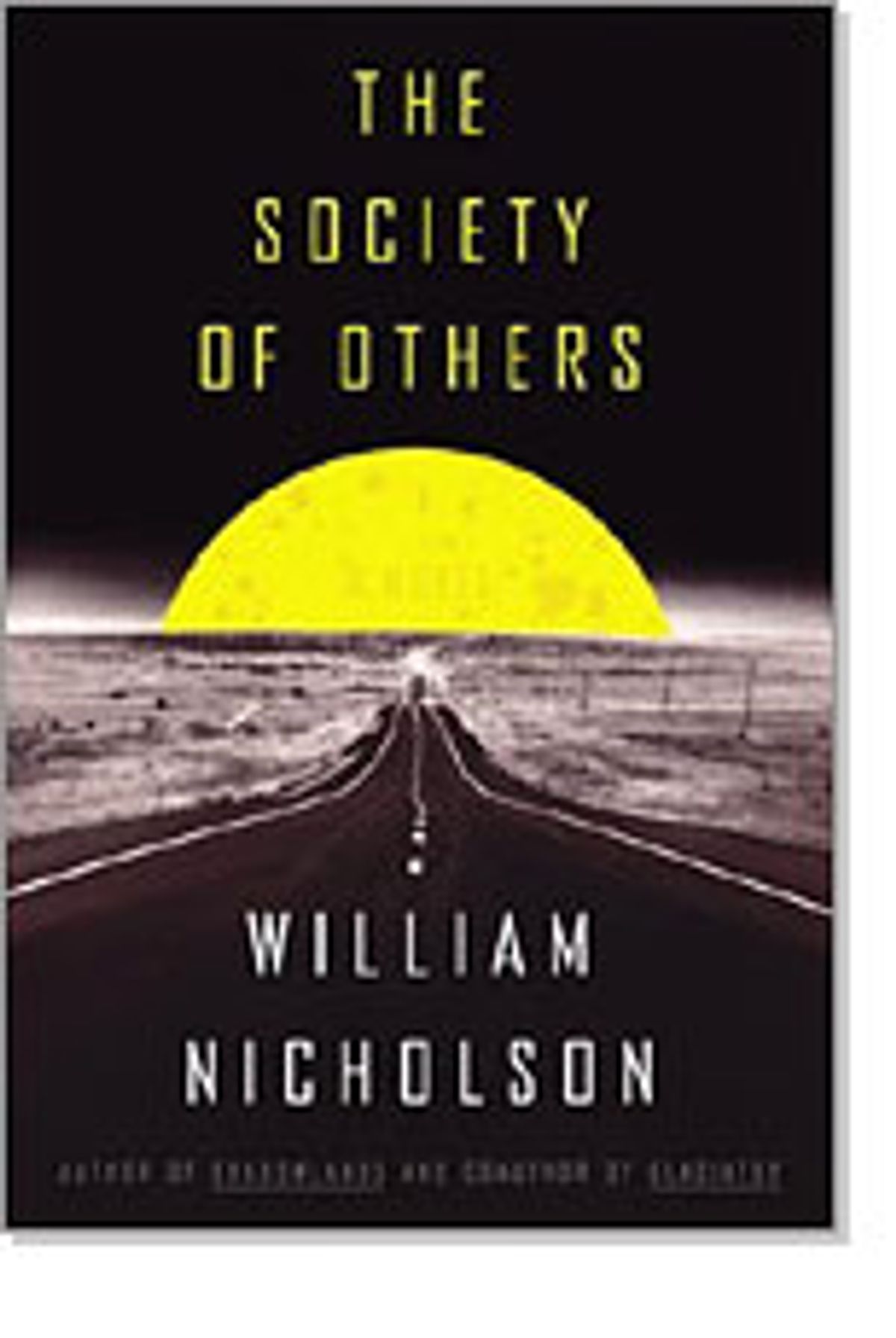 Attention anyone who read "The Catcher in the Rye" wishing that someone would show that Caulfield kid what real trouble looks like: William Nicholson has more or less answered your prayers. The narrator of his new novel, "The Society of Others," is a sullen, disaffected young man whose callow nihilism lands him in an unnamed Eastern European police state where brutality, oppression and treachery are the order of the day.

The narrator himself is also unnamed, and in other ways, too, the novel hovers between the wisecracking observational realism of Salinger and the parable dream space of Kafka, especially once our hero arrives at his unexpected destination. He starts out, however, in London, moping in his room all day while his divorced parents fret. Although he is meant to be in his early 20s and a college graduate, his personality is so patently adolescent that it's impossible to believe he's over 18. Presumably this odd effect is a hangover from Nicholson's previous work writing the children's fantasy trilogy "The Wind on Fire," but it doesn't, in the end, detract much from the novel. (Nicholson is also the author of the Tony-nominated play "The Retreat From Moscow" and several screenplays.)

"I see things as they are," is the young man's line. "Nature is selfish. All creatures kill to survive. Love is a mechanism to propagate the species. Beauty is a trick that fades. Friendship is an arrangement for mutual advantage. Good is not rewarded, and evil is not punished. Religion is superstition. Death is annihilation." He expects to be able to sponge off his chronically guilty screenwriter father (now remarried to a younger woman) for the rest of his life. His father has given him a thousand pounds to snap out of this Hobbesian funk and do "something magnificent and crazy," but the son just can't be bothered.

What does finally jolt the young man out of his inertia is hard to say. It might be his strange conviction that his newborn half-brother hates him. Or it could be a message he thinks he received from a pigeon. Anyway, he hits the road, hitching a ride with a truck driver without quite catching the name of their destination, a vagueness that suits him just fine. Through the Chunnel and across a few borders, including one particularly ominous one, and suddenly he is in a whole new world. They hit a police barricade; the driver hands him an envelope and tells him to run for it. The young man escapes, but not before learning that the driver was smuggling books and died horribly for that transgression.

The rest of the novel describes our hero's efforts to get out of wherever he is. He meets a cell of "the movement," a resistance group that the government calls terrorists, led by a sexy young Ulrike Meinhof type; hardworking peasants; a network of samizdat poetry-reading teachers; a cello-playing monk and a toadying television personality. He believes himself to be pursued by a well-dressed man in a gray Mercedes. Against his will, he's drawn into the country's political conflicts. It's impossible for him not to be, as there's no neutral ground left, but "The Society of Others" isn't about politics, and ideology is never at issue; instead, this is a story about how people maintain their humanity under inhuman conditions, which in this case happen to be political.

This sulky, passive-aggressive character might seem like an unlikely hero for such a novel, but he has his appeal. What saves him from being tiresome is that, despite his elaborate indifference, he's really a shrewd observer of human nature. He doesn't speak the whole truth, but he often has a point: "This unconditional-love act is just another scam. Nothing's free. Nobody butters your toast for the heck of it. The deal is I love you and you turn into this healthy, well-balanced individual." Even as his experiences abroad begin to dismantle his cynicism, he never loses this knack. "I should have guessed," he thinks of an earnest schoolteacher he's just met and genuinely likes. "People who hate TV always turn out to be writing a novel. They don't like the competition."

As "The Society of Others" progresses, it becomes clear what message Nicholson is trying to convey, but the novel doesn't feel claustrophobic or preordained as a result. It always seems capable of surprise, of taking an unexpected turn -- extremely difficult to pull off in a work that also reaches for the quality of a fable. Kafka is the master of this mode, but he saw mankind as trapped, while Nicholson's novel is a paean to humanism and perhaps faith (though nothing tendentious or denominational). It's a strange ambition, to take a literary style associated with existential despair and enlist it in the cause of hope, but as Nicholson's hero wanders through the cobblestone streets of his newfound dystopia, he brings with him a glimmer of something new and exhilarating: freedom.

Our next pick: A new author brings us a story collection populated with the sights and sounds of Thailand