Why did "Finding Neverland" snag an Oscar nomination?

It's not -- despite what some would want us to believe -- because it's the choice of "values voters." 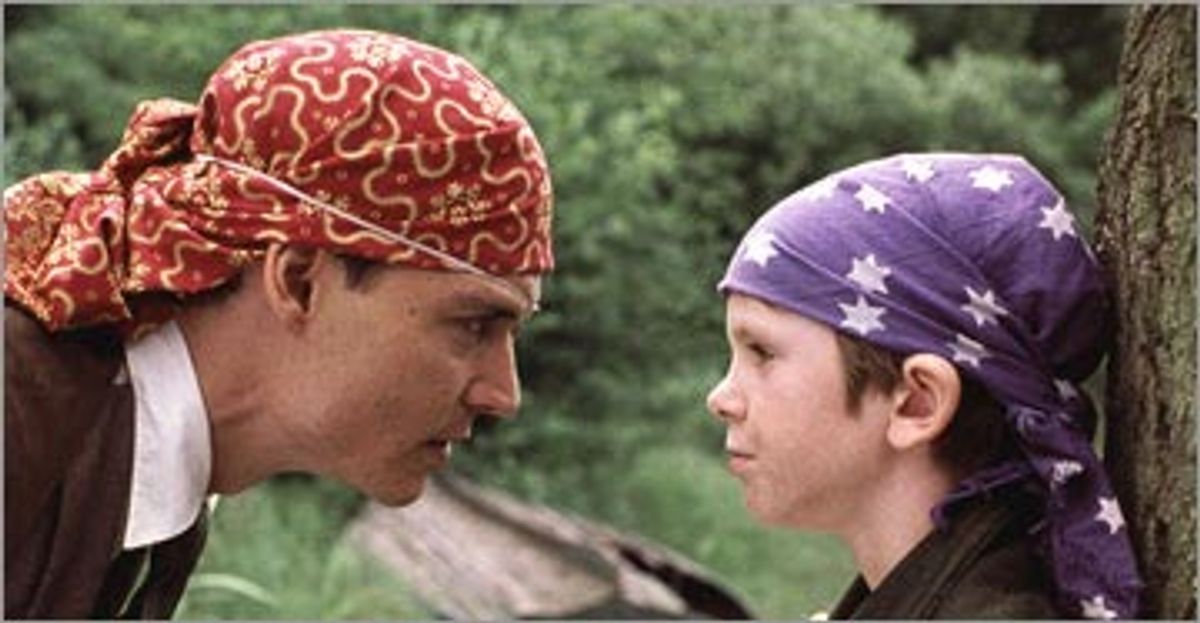 Every year's list of Oscar nominations is immediate fodder for industry analysts, social commentators, et al., out to divine how this year's academy choices reflect society.

For instance, it's predictable that we'll hear how the five acting nominations given to four black actors represent a real leap forward for African-Americans in the industry. If only someone would explain how Jamie Foxx gets a supporting actor nomination for a movie ("Collateral") in which he starred, or how the academy managed to ignore all the actresses in "Ray." ("Which Desperate Housewife will get a Golden Globe" generated more ink than will "Why were Regina King, Sharon Warren and Kerry Washington passed over.")

Among the more creative pundits this year is Ted Baehr who, his publicists tell us, is chairman of the Christian Film and Television Commission and host of "an annual gala film awards extravaganza known as the 'Christian Oscars'. " (Appearing this year, Pat Boone, Guy and Ralna, the Oral Roberts Dancers, and a special tribute to "A Man Called Peter.") Baehr has rated four of the five best picture nominees -- "The Aviator," "Finding Neverland," "Million Dollar Baby" and "Sideways" -- to see how they align with the all important "values voters." (Apparently "Ray" is too far outside the pale to even discuss.)

"The Aviator" came in second (three stars and an "Extreme Caution" warning for moral content). "Million Dollar Baby" and "Sideways" got the "lowest moral content rating of 'Abhorrent'."

The big winner in Baehr's moral sweepstakes is "Finding Neverland," to which he awarded four stars and which he says "has hardly any objectionable content; it is filled with positive, moral attitudes that encourage a hopeful outlook in place of depression and defeat in the depiction of Paywright [sic] J.M. Barrie's enduring success, 'Peter Pan'."

So, does that explain the best picture Oscar nomination for "Finding Neverland" -- a modestly acclaimed movie (not here) with middling box office (about $33 million over 10 weeks -- about the same as last weekend's opening of "Coach Carter")? Did the academy throw a sop to flyover country?

A better explanation is that "Finding Neverland" is Oscar-friendly in every conceivable way. The academy has long doted on period movies and the biographies of the famous. "Finding Neverland" belongs to a line of movies that includes "The Story of Louis Pasteur" (best actor, Paul Muni, 1936), "The Great Ziegfeld" (best picture, best actress, Luise Rainer, 1936), "The Life of Emile Zola" (best picture, 1937) and the best of them, "Yankee Doodle Dandy" (best actor, James Cagney, 1942). In that way, for academy voters, the appeal of "Finding Neverland" is comparable to the appeal of "Ray" or "The Aviator."

"Finding Neverland" also has the advantage of being what A.O. Scott at the New York Times recently dubbed the "midsize" movie. It allows academy voters to believe that they are supporting indie movies while not straying too far outside their mainstream tastes. (The same could be said of "Sideways.") And it certainly doesn't hurt the film that the academy likes the cast, having nominated Johnny Depp and Kate Winslet before, and again this year (Kate Winslet, for "Eternal Sunshine of the Spotless Mind"). And it also has another advantage: the backing of Miramax, a studio renowned for its effective Oscar campaigning (it also produced the 11-time-nominated "The Aviator").

There's also a logistical problem that Baehr doesn't acknowledge. Movies of the size and pedigree of "Finding Neverland" often don't reach the multiplexes where many values voters go to the movies until after the academy has recognized them. (It's no coincidence, for instance, that "Sideways" just went into wide release this past weekend.) If more highly touted pictures like "Million Dollar Baby" and "Phantom of the Opera" are just entering mass release (part of the studio's platforming campaign), it figures that a smaller picture like "Finding Neverland" is going to be on fewer screens.

Nothing Baehr says about "Finding Neverland" is necessarily wrong. You can't imagine the values crowd finding anything to object to in it. But the fact that there's nothing in it to turn that audience off is a ways from concluding that it was made or marketed to placate them. It's hard to find a specific family-values pitch in the tag line from the movie poster, "Unlock Your Imagination," or in the movie's hero who shuns convention to live the life his fancy dictates. Yes, Depp's Barrie does form a family unit with Kate Winslet's fatherless boys, but so what? Since when did the idea of family become the sole province of conservatives?