Is the "Sideways" star not enough of a star? 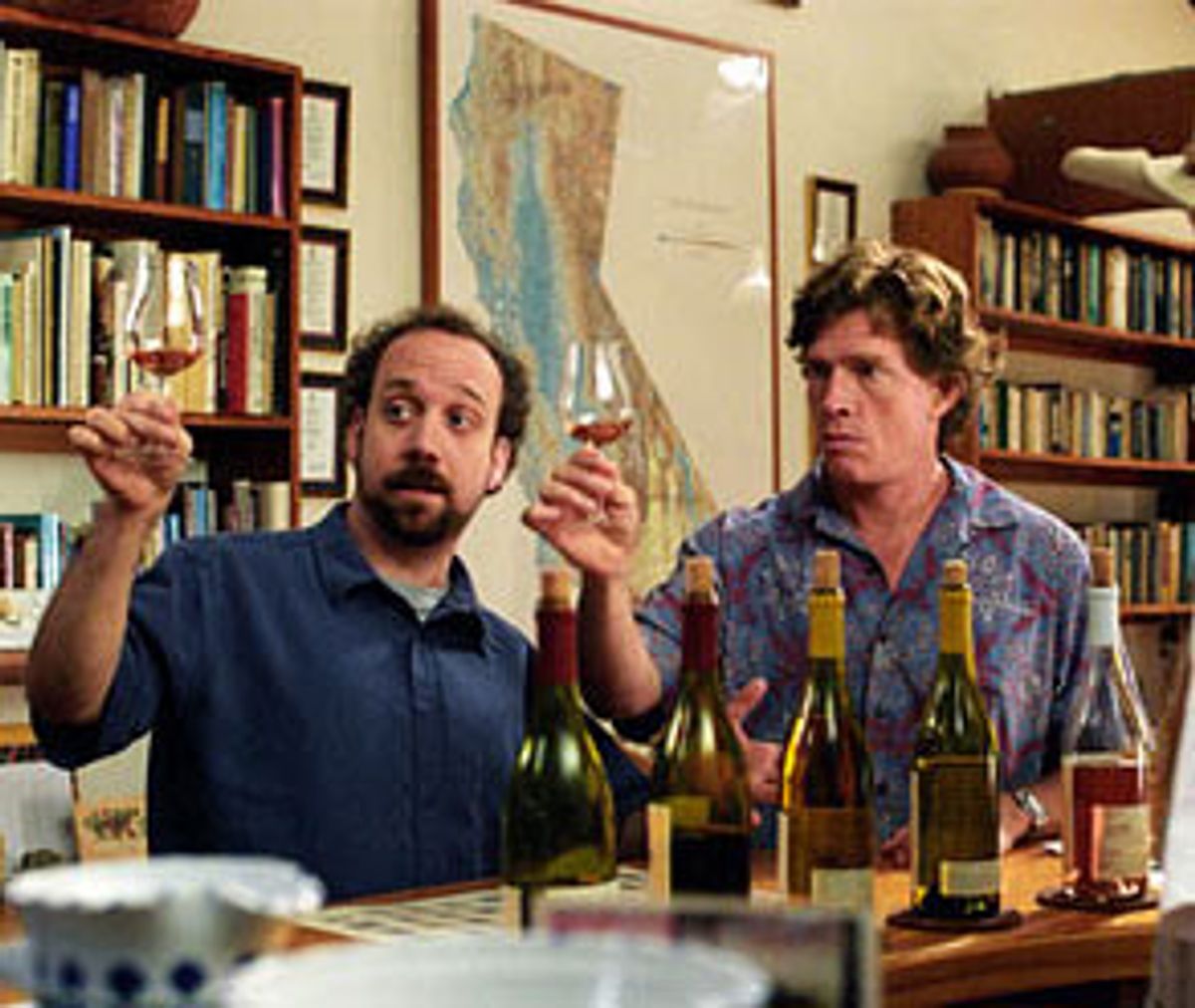 There are a lot of ways not to win an Oscar.

On Tuesday we witnessed The Neglected Sibling, as Fox Searchlight reminded us that you can love both your children (in its case, "Sideways" and "Kinsey"), but in the end, daddy really does love one better. There was the Not So Fast! as the Academy withdrew its approval of digital cinema by leaving off "Collateral" cinematographers Dion Bebbe and Paul Cameron. We witnessed the We Don't Want to Watch Someone Die for Two Hours, Even If He Does It Really Well, as Academy members simply refused to go see "The Sea Inside" and Javier Bardem's shattering performance no matter how many critics wagged their fingers.

And then there is the What the F*** Happened?

From the chattering streets of Park City, where much of the industry has convened to look for the next big thing, no one seems to be able to figure out how Paul Giamatti could have been passed up as a nominee for best actor this year. He wasn't undersold by "Sideways'" distributor Fox Searchlight. He isn't a scrappy newcomer who needs to earn the credentials to get nominated. He's been Oscar buzzed repeatedly since his turn as Pig Vomit in "Private Parts," reaching the buzz apex last year for his unnominated turn in "American Splendor."

So what happened? The answer that makes those close to the underappreciated actor most comfortable is that it was a terribly heavy year for best actor candidates. If Tom Cruise and Javier Bardem and Jim Carrey couldn't make it, how could Giamatti? There is some truth to this theory, while in the supporting actor category, the pickings were so slim that Alan Alda got nominated for playing Alan Alda for roughly 10 minutes. It could also be that he is still too young and not a big enough star to be getting nominations just for being a great actor. As bald as he is, Giamatti is just 37 years old. This didn't stop Jamie Foxx, who is six months younger than Giamatti, with a much shorter resume, from being nominated. But Foxx had "The Role."

"The Role" supersedes all the rules of Oscar history. Playing a legendary musician who likes heroin. Playing a girl who is pretending she is a boy. Being a gorgeous blonde who puts on 40 pounds and some freckly make-up to play a killer lesbian. Cha-ching! Paul Giamatti plays a regular guy who isn't very happy. He doesn't kill anyone. He doesn't have sex on screen. He doesn't shoot up or get sick or wear a wig. He drinks wine, complains a lot and wears ugly shoes. "Sideways" offered the role of his career so far, but it isn't "The Role."

He also has to compete with the radiant career revivals of Thomas Haden Church and Virginia Madsen. As Peter Sarsgaard can tell you, the straight man in a comedy act never gets the nomination. In television parlance, the role is "The Mary Richards." The person who holds the insanity together is never as appreciated as the guy or gal who makes you wet your pants with glee. Remember, it was just two years ago when Richard Gere was left out of the "Chicago" party, playing the most normal character in the group.

Sometimes, even the scene stealers, like Tom Cruise in "Collateral," don't get the nomination. He suffered the exact opposite of Jamie Foxx this year. Jamie was the lead, but was nominated as a supporting actor. Cruise felt like the scene-stealing supporting actor, but campaigned for best actor. Oops.

Another problem that Paul Giamatti has is that he is considered too much of an actor and not enough of a star. He's "one of those Independent Spirit Award people." He's not Hollywood. And he often seems contemptuous of the game. Not that there's anything wrong with that.

Add to that problem the fact that Giamatti has not been as available to campaign for a nomination this season, as he's been off shooting a movie in Canada for most of the time. Laura Linney had the same problem, but she was in a less competitive category. Still, Giamatti didn't always campaign when he had the opportunity. In Toronto, where the "Sideways" phenomenon really took hold, Fox Searchlight had a dinner for the press and the cast and production team of the film. Giamatti was nowhere to be found. Was he having dinner with his wife or taking care of his kid? Perhaps -- that's one of the reasons he is so well liked by people who work with him. But you don't get to be nominated for an indie film without working the media and working it hard.

There is hope for Giamatti. Humphrey Bogart famously had to wait for his 44th film, "Casablanca," to get his first nomination. He was 43 years old. He looked older.

So start looking for that script, Paul. Six years from now, opposite Scarlet Johansson, who should be having a very public affair with a European director about then. Paul and Oscar could walk off into the fog together. Finally, the beginning of a beautiful relationship.