Bugs, dolls, a house cat and your time are brutally wasted in this Robert De Niro-starring supernatural thriller. 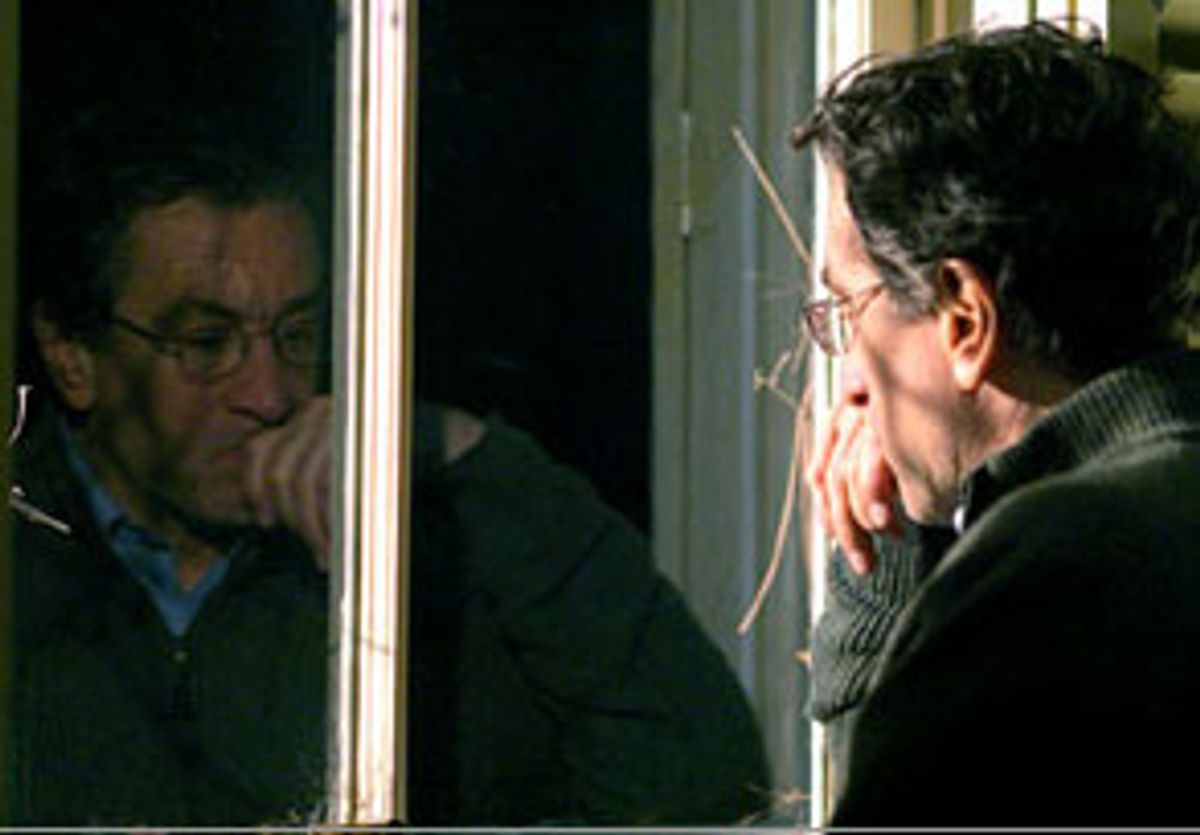 One way to prevent people from guessing the ending of your supernatural thriller is to ensure that nothing in it makes any sense whatsoever. Along the way, toss in as many cool and creepy effects as you want -- that'll just help throw people off the trail. And be sure to kill off the family pet, which always leaves 'em rolling in the aisles.

Midway through, "Hide and Seek," directed by John Polson ("Swimfan") and written by Ari Schlossberg, might actually fool you into thinking it's a clever and effective piece of work. The picture is tense and unsettling in a way that mimics actual craftsmanship, and Dariusz Wolski's cinematography gives it a murky, moody luster. Robert De Niro (in a performance that makes him seem like a real person, if a relatively bland one) plays David, a psychologist who spirits his young daughter, Emily (Dakota Fanning), away from their home in New York City and off to the country after her mother (Amy Irving) commits suicide.

The formerly cheerful little girl, with her lank dark hair and depressively shadowed eye sockets, has already begun to look like that forlorn doll with the fake tear rolling down her cheek that Hasbro came out with in the '60s. But as bad as Emily felt in the city, it's in the country that her problems really begin: She begins staring with comatose intensity into a cave in the middle of the forest, eventually announcing to her father that she has a new invisible friend, Charlie, who's lots of fun. At Charlie's urging, she begins cracking the skulls of her dolls and threading large, icky bugs on the ends of fishhooks -- their guts sploodge out in appetizing grayish-green tones. What's more, the new town is loaded with friendly country-type strangers, among them Dylan Baker as the local sheriff, who eye Emily as if they're trying to figure out what size roasting pan she'll fit in.

It's only as "Hide and Seek" prattles lazily through its protracted climax -- in the midst of all the excitement, you might wish you'd brought some nail clippers or something -- that you begin to realize you should have heeded the urgently ringing bells of the red-herring-o-meter in your head. Few of the details in "Hide and Seek" add up, and in the end, its spookiest elements dangle limply in the ether, orphans with no good explanation for their existence. At one point, Emily defaces a friend's doll off-camera. We can't see the tool she's using -- it looks like a marker or a pen -- but when she returns the doll to its owner, its face has been smashed in, its eye sockets grotesquely melded into an Angel-of-Music-style deformity, as if she'd had at it with one of those mini-kitchen blowtorches. Kewl! That Charlie must be one hell of a supernatural dude, to get that kind of effect with just a Sharpie.

But the movie's ending offers no explanation for how Emily might have pulled off this perverse little arts and crafts project -- and that's just one example. Malevolent supernatural spirits are often unkind to pets, but they've got nothing on filmmakers: In "Hide and Seek," a house cat meets an unhappy end -- off-camera, at least, but who the hell needs it? Two fine and always-believable actresses, Elisabeth Shue and Famke Janssen, are treated slightly better, but not nearly as well as they deserve to be. And even Dakota Fanning, an actress whose precocious cuteness I generally find repellent, gives her all to this depiction of terrorized moppetry, and for what? Through its first two-thirds, at least, "Hide and Seek" does a good enough job of piquing our curiosity that the movie's ultimate dumbness is more than a minor insult.