Bush appealed to the better angels of our nature in his speech. But his entire presidency has been based on invoking fear. 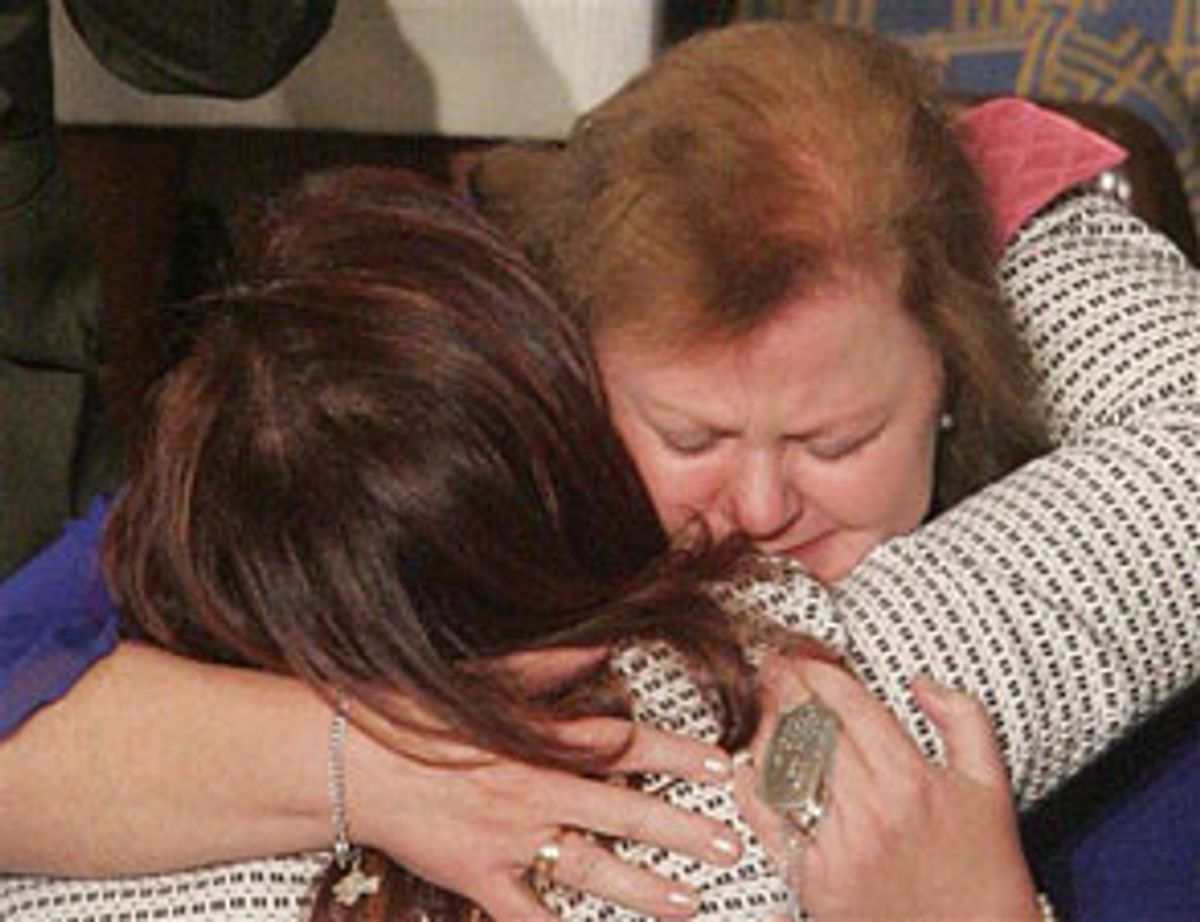 As so many presidents have done before him, George Bush sold America Wednesday night as a beacon of hope for the rest of the world. In many ways, it was an appealing pitch. When Bush spoke of a young Iraqi woman who overcame her fears to vote, when the daughter of a man killed by Saddam's secret police embraced the mother of a Marine killed in Fallujah, it was hard not to want to be part of Bush's team.

The Iraqi elections have left even the most ardent opponents of the president and his policies stammering through "yes, but" defenses of themselves. And those are defenses of the facts -- there were better ways to do this, the end doesn't justify the means, and the end, whenever it comes, may not be quite as wonderful as it seems right now. On the emotional front, it's almost impossible to say anything at all. What's not to like about elections, about freedom, about all those smiling people with their purple fingers?

"In these four years," Bush said Wednesday night, "Americans have seen the unfolding of large events. We have known times of sorrow, and hours of uncertainty, and days of victory. In all this history, even when we have disagreed, we have seen threads of purpose that unite us."

For a moment, the first moment since the days after 9/11, really, it was possible to think of Bush as the uniter-not-divider he promised he'd be. And yet -- which is another way to say "yes, but" -- can anyone forget the road that brought us to this moment? The weapons of mass destruction that Saddam didn't have, the connections to al-Qaida that didn't exist, the abuses at Abu Ghraib and the tortured legal analysis that may have made them possible.

The president said Wednesday that our "stated mission" is to turn over control of Iraq -- and, in particular, its security -- to the Iraqi people. But the freedom of the Iraqi people, the election that the world celebrates -- those were the extras the administration promised when it sold the country on a war. The meat of the deal, the basis for the congressional resolution authorizing the use of force, was the threat of the weapons of mass destruction.

Bush told the story Wednesday night of Byron Norwood, a 25-year-old Marine sergeant who was killed in Fallujah in November. The last time Norwood was home, his mother told him that she wished she could protect him like she had since he was born. "You've done your job," Sgt. Norwood told his mom. "Now it's my turn to protect you." Mrs. Norwood was in the gallery Wednesday night with Laura Bush, and her embrace with Safia Taleb al-Souhail was the emotional money shot of the night. Amid all the tears and the applause, it seemed a little coldhearted to ask, but still: Protect her? Protect her from what?

Saddam Hussein didn't have weapons of mass destruction, remember? He wasn't building nuclear weapons. There wasn't a "smoking gun" to be found, and it wasn't going to come in the form of a "mushroom cloud." Bush said Wednesday night that American troops are "fighting terrorists in Iraq, so we do not have to face them here at home." But Iraq wasn't a breeding ground for terrorists before we invaded. Saddam Hussein had no working relationship with al-Qaida. Abu Musab al-Zarqawi is working with al-Qaida now, but only because the Bush administration turned down numerous chances to take him out before the war began. The reason: If the United States took out a terrorist camp in Iraq before the war started, it would be harder to sell fear of terrorism as a reason for starting the war.

Recalling the words of Franklin Roosevelt -- the president mentioned a lot of Democrats in his speech -- Bush said that we must "pass along to our children all the freedoms we enjoy," and that chief among them is "freedom from fear." But fear is the currency of this president, and his administration and his allies dole it out on a daily basis.

The president told us that Saddam Hussein was a madman itching to attack us, a tyrant who was developing unmanned planes that could spray chemical weapons on the United States and could "decide on any given day to provide a biological or chemical weapon to a terrorist group or individual terrorists." Bush's national security advisor warned us about that "mushroom cloud." During the election campaign, the vice president told us that, if John Kerry were elected, "the danger is that we'll get hit again and we'll be hit in a way that will be devastating from the standpoint of the United States." And again and again, the administration warned us that terrorists would strike us in some terrible way to interrupt or influence the presidential election. The barricades and missile launchers and body armor and pepper spray at Bush's second inauguration didn't speak of freedom, that "permanent hope of mankind." They spoke of fear.

And it's not just fear of Saddam Hussein or fear of a terrorist attack. We've got to privatize Social Security now or the system will be bankrupt by the time we retire. We've got to pass a constitutional amendment banning gay marriage or we'll end up with a generation of children who are neither "moral" nor "responsible." During the presidential race, Bush's supporters spread the word: Kerry must be defeated, or the Bible itself might soon be outlawed in the United States of America.

The president who talked so much of hope Wednesday night has traded so often in unjustified fear. The threads have come together in Iraq now, at least for what may be a fleeting moment, and it's hard to untangle them. The president's second term began in earnest Wednesday night. It's going to be a complicated four years, for him and for the rest of us.