A message from David Talbot. 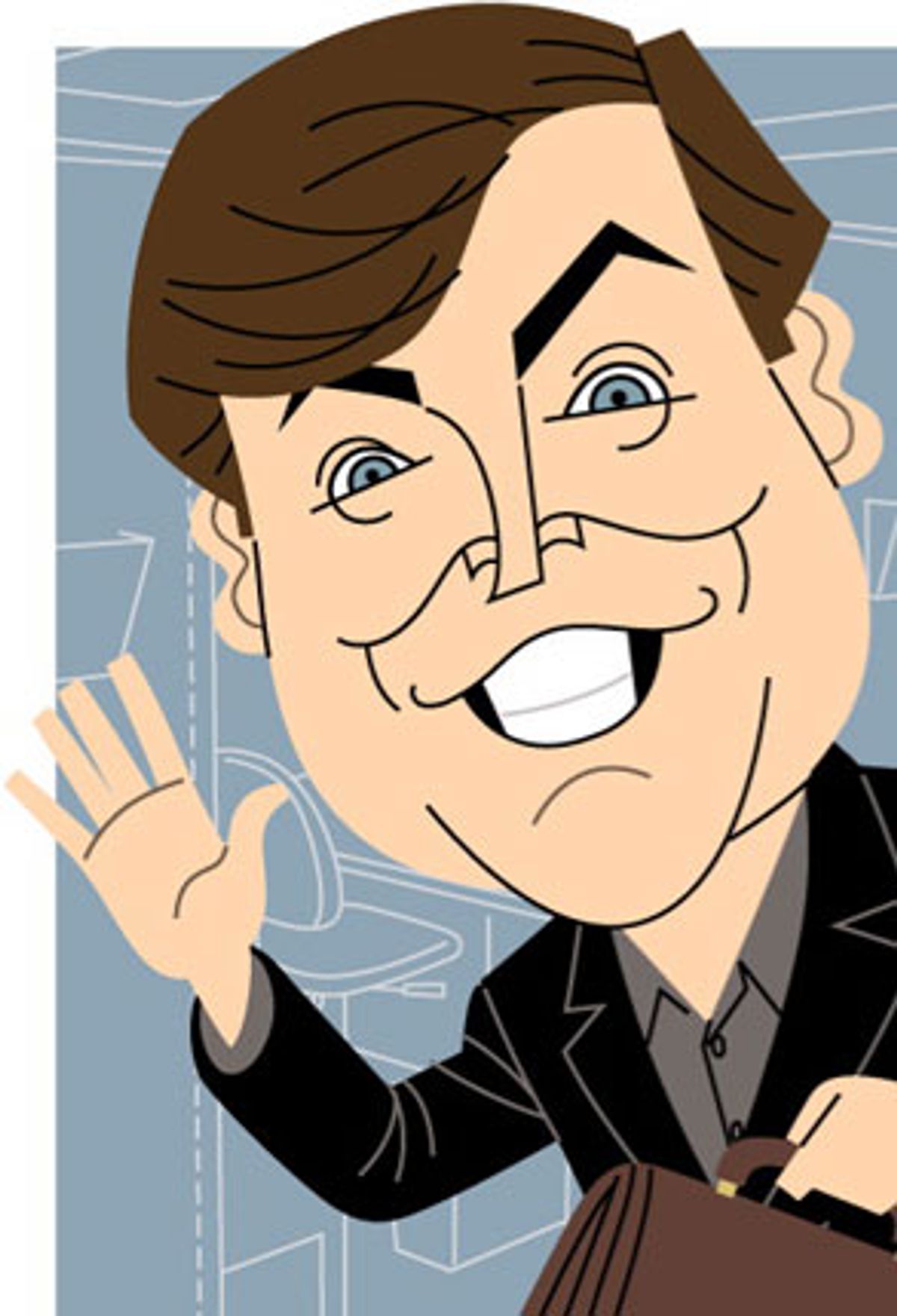 I want to thank the many readers who have wished me and Salon well, as I hand over the editorial leadership to Joan Walsh and the CEO reins to Elizabeth Hambrecht. I'm very grateful that you have helped keep this stalwart, albeit sometimes leaky, ship afloat for nearly 10 years. To the astonishment of many (including, I must confess, me), Salon has finally reached safe waters. Because the survival of this enterprise that I began dreaming up 10 years ago is no longer in doubt, I feel it's an opportune time for Salon to make a change at the top. As you can certainly imagine, it takes everything you have to keep a struggling, independent Web publication like Salon going. And to be completely frank, I'm exhausted!

Salon is very fortunate to have two people as talented and dedicated as Joan and Elizabeth to step in and lead Salon to greater heights. Joan has been Salon's powerhouse news czar for more than half the publication's life, and with her unique combination of editorial and leadership skills, I'm confident that Salon's best years are to come. I'm also confident that Elizabeth, whose managerial wisdom helped put Salon on the right course over the past year and a half, will ensure the company's future as a robust and growing enterprise.

One of my deepest pleasures at Salon has come from the company I have kept. From the very beginning, I was surrounded by some of the most creative, fearless and principled people in journalism, including the founding group, those who dared to leave safe jobs and take a leap with me into the dark void of publishing's future: Gary Kamiya, Scott Rosenberg, Mignon Khargie, Laura Miller, Andrew Ross, Elizabeth Kairys, Joyce Millman, Dwight Garner, Cynthia Joyce, Mary Beth Williams.

Among this group, the brilliant Gary Kamiya, my indispensable partner and friend throughout the most memorable years of my career, and Scott Rosenberg, the left brain/right brain wizard who understood the soul of the Web better than any of us, deserve a special ovation. Fortunately for Salon, Gary still rows on as executive editor and Scott will return later this year after finishing a book on the art of creating a software program.

I will also forever be grateful for the generosity and vision of Adobe founder John Warnock, whose initial investment breathed life into Salon and whose continued support, along with that of investment banker Bill Hambrecht, helped keep us going through dark days and light. Both these remarkable men grasped early on that the Web would be a revolutionary publishing medium and that Salon had a pioneering role to play in it.

Finally, I want to thank former Salon CEO Michael O'Donnell, who, with his fighting Irish spirit, battled for years to keep Salon moving forward, finding miraculous ways again and again to keep the office lights on.

Salon's staff has been blessed all these years. Like the inmates in "Marat/Sade," we took over the asylum and we have not relinquished control in 10 years. Salon remains a unique experiment in American journalism, a publication with editorial autonomy whose staff's only obligations are to our readers and to the demands we make of ourselves. Our accomplishments and failures over the past decade have been ours alone -- few professional journalists can say that, and we know how lucky we are.

While I am stepping down at Salon, I am not fading away altogether. I will remain chairman of the company and will continue to work on special projects that hopefully will add new dimensions to Salon.

And outside of Salon, I will work on "Brothers," a book for the Free Press/Simon & Schuster on a topic that has long intrigued me. It will be a "hidden history" of the Kennedy administration, exploring the tensions and fracture lines between the Kennedy inner circle and government hard-liners. It will also examine what Robert Kennedy thought was the real story behind the assassination of his brother in Dallas and what he intended to do about it if he had lived and been elected president.

And yes, though the phrase has become a howl-inducing refuge for corporate and political scoundrels everywhere, I am truly looking forward to spending more time with my family, who more than anyone bore the brunt of my Jet Blue wanderings and windmill tilting on behalf of Salon. My wife, journalist Camille Peri, too often had to shoulder more than her share of raising our two sons, while making another major contribution to Salon -- co-founding and co-editing one of its most beloved departments, Mothers Who Think.

Again, my deepest thanks to all of you for allowing me to hold down the best job I've ever had. And don't be strangers. You have my e-mail.