Women fail or succeed just as men do, for all sorts of reasons. Why not leave it at that until science proves otherwise? 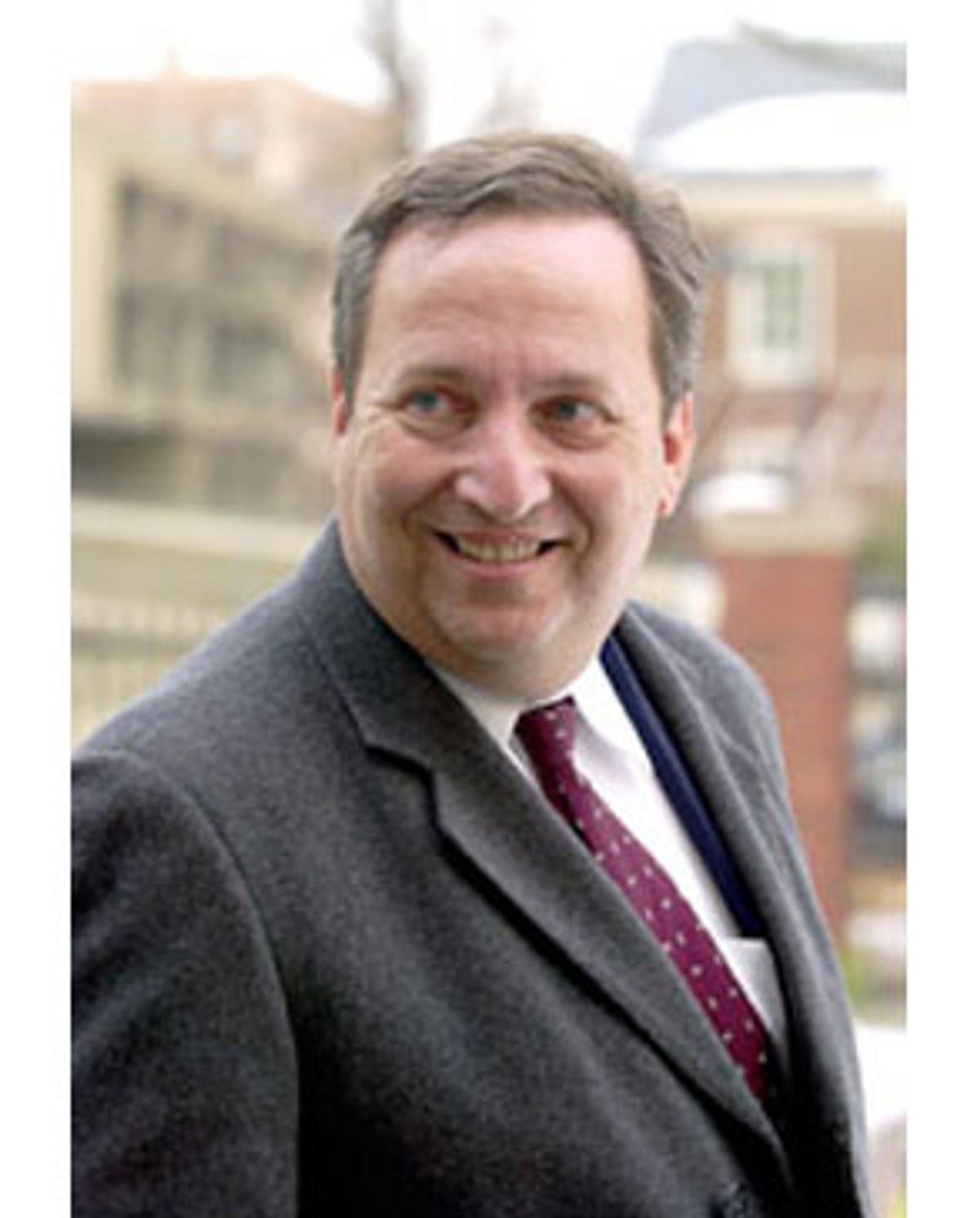 The storm of controversy that swirled in the media in response to Harvard University president Lawrence Summers' thoughtless hypothesizing last month that innate sex differences might account for the dearth of women in high-level positions in science doesn't show signs of abating anytime soon. Indeed, next week the university's faculty is to meet for the second time to express its unhappiness with Summers, who ultimately could be forced to resign.

Much of the press coverage simply reinforced the gender stereotyping evident in Summers' comments. Readers of the New York Times, for instance, learned interesting -- but irrelevant -- facts, such as the existence of sex differences in green spoon worms. And in the New Republic the outcry of women's groups was derided as a fatwa. But those who still don't understand why the Summers controversy represents a setback for women's equality, need look no further than the media's coverage of Carly Fiorina's dismissal as CEO of Hewlett-Packard last week, which more than anything else linked her firing to the fact that she is female.

USA Today's headline screamed "Did Glass Ceiling Just Slam Down?" The paper quoted an industry analyst who asserted that if Fiorina had succeeded in her position, it could have "opened wide the doors for women, but now any board director on the fence has an excuse to not take the chance." Did I miss the coverage of how board directors were going to think twice about hiring male CEOs after Kenneth Lay, Gerald Levin, Michael Eisner and countless other men were fired from their CEO jobs?

USA Today featured a box with the eight Fortune 500 companies run by women that showed that investing in them in 2004 "was not a good strategy." The companies -- from Avon to Rite Aid to Xerox -- were not even in the same sectors. To imply that the companies were not as successful because they were run by women is part of the same attitude that informed Summers' statement that being female was a determinative factor above all else.

If only this view had been limited to one newspaper. The Los Angeles Times referred to Fiorina as the "high-gloss chief executive," and the New York Times informed readers that management specialists say "it is naive to pretend that Ms. Fiorina's downfall will not have an impact on women's aspirations." Walter D. Scott, a professor at Northwestern's business school, told the Times, "There are still a lot of people who do not feel women are as accomplished as men, and they will simply shake their heads and say, 'I told you so.'"

Unfortunately, when Summers and his defenders suggest that there is a genetic reason for the underrepresentation of women in science, they open the door for that argument -- basically just old-fashioned stereotyping -- to be made more widely. That 20 percent of positions in science, engineering and technology development are held by women, as noted in the New Republic, proves nothing but that 20 percent of those positions are held by women. As any sixth-grade science student knows, the effect is the not the cause. So one would hope that university presidents, journalists and scientists would know better than to equate the two.

To argue that a small number of women in a given sector means ipso facto that gender differences are responsible is reckless and, to date, scientifically baseless. Fewer than 5 percent of Fortune 500 CEOs are women, and only 14 percent of U.S. senators are female. Is this proof that innate sex differences are keeping women from achieving in these areas? Consider that not so long ago, the prospect of a female president or secretary of state was unthinkable. Now we're up to two female secretaries of state, and Sen. Hillary Clinton is a leading contender for the Democratic presidential nomination in 2008. As has been widely noted, women were once believed to be inferior musicians -- until orchestras began blind auditions behind a screen, hiding the gender of the musician.

Until they can cite a supporting body of evidence, Summers and others shouldn't make comments that disparage all women. If you aren't convinced, replace the word "Jew" or "black" for "woman" in the coverage of Fiorina.

Summers' defenders have offered some alternative explanations to genetics for the dearth of women in science, such as discrimination that leads to stereotyping about women's abilities and the lack of adequate child care, which would allow women to pursue careers while raising children. And in more rigorous careers such as science, many women are unable or unwilling to commit to the years of education and training that are required to reach the top echelons because of their family obligations. With all these other factors indisputably contributing to the dearth of women in the sciences and at the higher levels of other professions, the desire of Summers and his supporters to tie the phenomenon to an inherent lack of ability is perplexing.

One irony in all this is that HP's board, which watched closely as a woman failed to run the company effectively, has included a woman on its shortlist of internal candidates to take over where Fiorina left off. If this well-established company is able to separate Fiorina's performance from her gender, then is it too much to expect the media, the analysts they quote, and the academics who are weighing in to do the same?

Hewlett-Packard apparently knows that many factors account for Fiorina's failure that have nothing to do with her genetics. She was the first outsider brought in to run an insular company that was accustomed to doing everything the "HP way," and she has been described as a cultural mismatch. She was bold and charismatic but by most accounts better at the big picture than at day-to-day management. She led a lifestyle of private jets, yachts and large compensation packages that was foreign and alienating to most people who worked at HP. Most important, she oversaw a failed merger with Compaq.

Fiorina's situation recalls that of Steve Case when he became chairman of AOL Time Warner after orchestrating the disastrous merger with AOL. But when Case was pushed out, nobody attributed it to his gender. And when Gerald Levin -- the other half of the duo who orchestrated the merger -- was fired, he was quickly replaced by another man, and nary was a word mentioned about men's inherent inability to run major corporations.

I am part of the first generation to be told that girls can do anything boys can do. Yet the truth is, it's still hard for women to reach the top echelon of many professions. Nevertheless, I would rather tell young women to reach for the stars than give them messages that they might fail because of their genetic makeup.

True equality will be achieved when women are allowed to fail just as men do, all the time. Former NOW president Patricia Ireland famously said that equality exists when an average woman moves up the career ladder at the same pace as an average man. Equality also exists when a female CEO loses her job for bad performance and it is treated the same way as a male CEO who loses his job for bad performance. We clearly still have a long way to go.