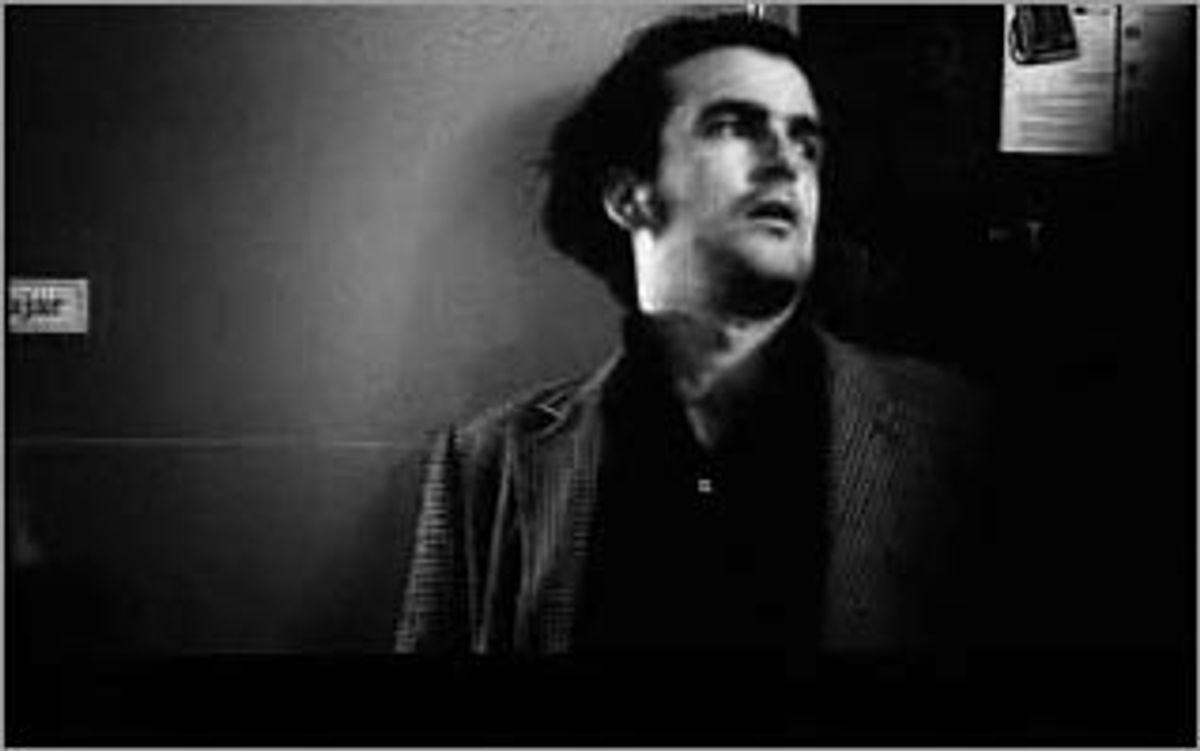 For a Quicktime version, go to the film's site.

For Nacho Vigalondo, it's been all or nothing. First, there was the idea for his short film "7:35 in the Morning," which came, he says, from out of nowhere and fully formed. He knew it would be a winner: "The bad ideas come in parts," he says, "but the good ideas come in a whole block."

Then, within a year, the 27-year-old Spaniard went from being an unemployed screenwriter to finding recognition as a commercial actor, a television scriptwriter and the winner of 16 national short film awards. "7:35 in the Morning" took the top prize at the prestigious Clermont-Ferrand International Festival -- often called the Cannes of short films -- and earned an Oscar nomination in the process. In January, the national Spanish daily El Mundo called him "the other Amenábar."

"Suddenly, my luck came!" says Vigalondo happily, on the phone from his Los Angeles hotel room, where he awaits Sunday's festivities. He's not so sure about the comparison to his countryman Alejandro Amenábar, director of "The Sea Inside," an Academy Award nominee for best foreign language film, though he says, "It's an honor to me." He does concede some similarities: "Both our surnames have a lot of letters, and we are both nominated. Our ways of shooting, our ways of thinking about cinema are very different, but we both care about the audience."

For Vigalondo, caring about the audience means connecting with viewers emotionally, and indeed, it's that kind of sensitivity that has made "7:35 in the Morning" such a success. The film starts with two disparate and almost mundane questions that, when combined, suddenly produce an intriguing situation: How do you talk to the attractive woman who comes into the cafe on the corner every morning? And what would it take to create a situation in real life where total strangers would burst into song together, as they do in musicals? "7:35 in the Morning" starts with an attractive woman coming into her regular bar, but on this particular morning, everyone else in the cafe is silent and tense. As she sits down with her coffee and pastry, they cast her furtive, scared glances, and as the strange events of the morning unfold -- complete with singing and choreographed dancing -- it's the way Vigalondo reveals the story, more than the plot itself, that makes an impression. Vigalondo understands how to keep his audience consistently amused, intrigued and just confused enough to await the next clue.

Vigalondo shot the film in three nights, in a bar around the corner from his apartment in Madrid, for $25,000. It was his first 35mm film; previously, he had only experimented with video shorts. "You reach a point in which you need to show your talent in the most expensive way," he says.