Seeing through a troubled "legend." 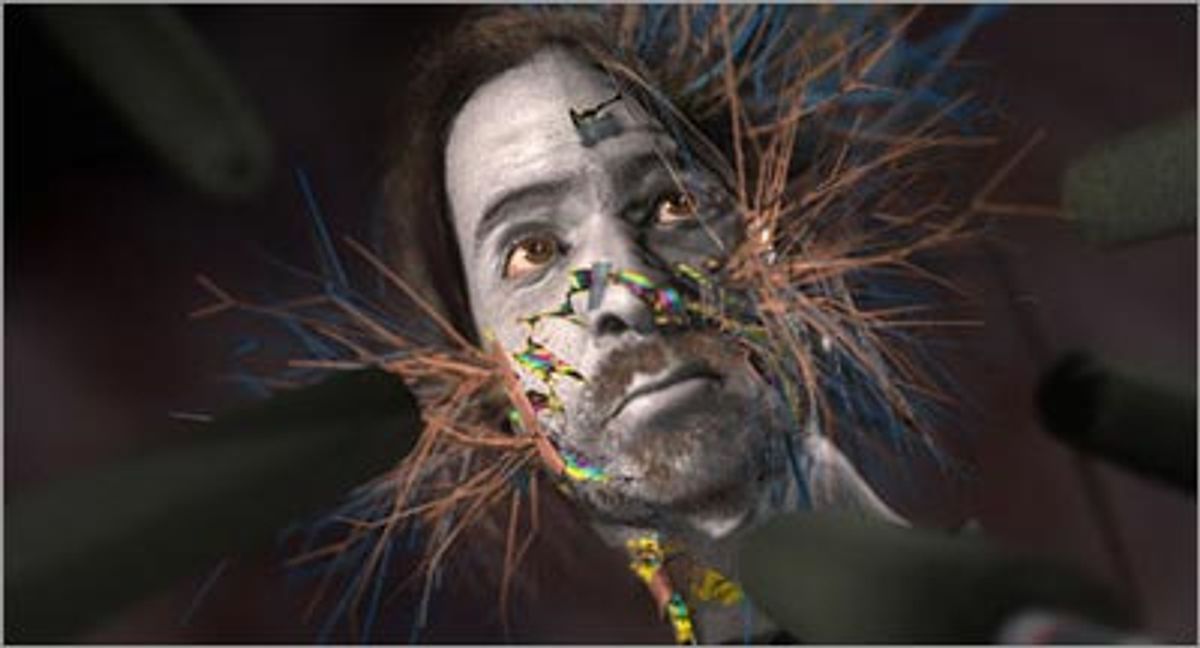 Oscar loves movies about the process of entertainment (from "Sunset Boulevard," to "All About Eve" to "Chicago"), so the Academy may well adore Chris Landreth's beautifully sad "Ryan," an animated portrait of Canadian animator Ryan Larkin. In 1969, Larkin was himself an Oscar nominee (for the animated short "Walking") but now he's a Montreal panhandler struggling with substance abuse.

As an homage to Larkin, whom he describes as "a legend," Landreth made a film that focuses on his amazing yet heartbreaking story. The film's dark tale is haunted by strange partial X-rays of Landreth's hand-painted, 3-D animations, which he calls "psychological realism." So exact are Landreth's images that, when paired with Landreth's and Larkin's voices, it's difficult to believe that "Ryan" is not actually a live-action film.

And so exact is his troubled portrayal of Larkin that Landreth admits to having been nervous before he gave his subject a private screening of the film. "He said he thinks it's a beautiful film, actually," Landreth says. "And I really applaud him on his graciousness, because the film is not exactly flattering or glorifying. But Ryan is in many ways a humble guy, and really appreciated that someone did a film with some degree of honesty."