Lawrence Summers was right about one thing: There are innate differences between males and females. And if we want everyone to succeed, we shouldn't dismiss them. 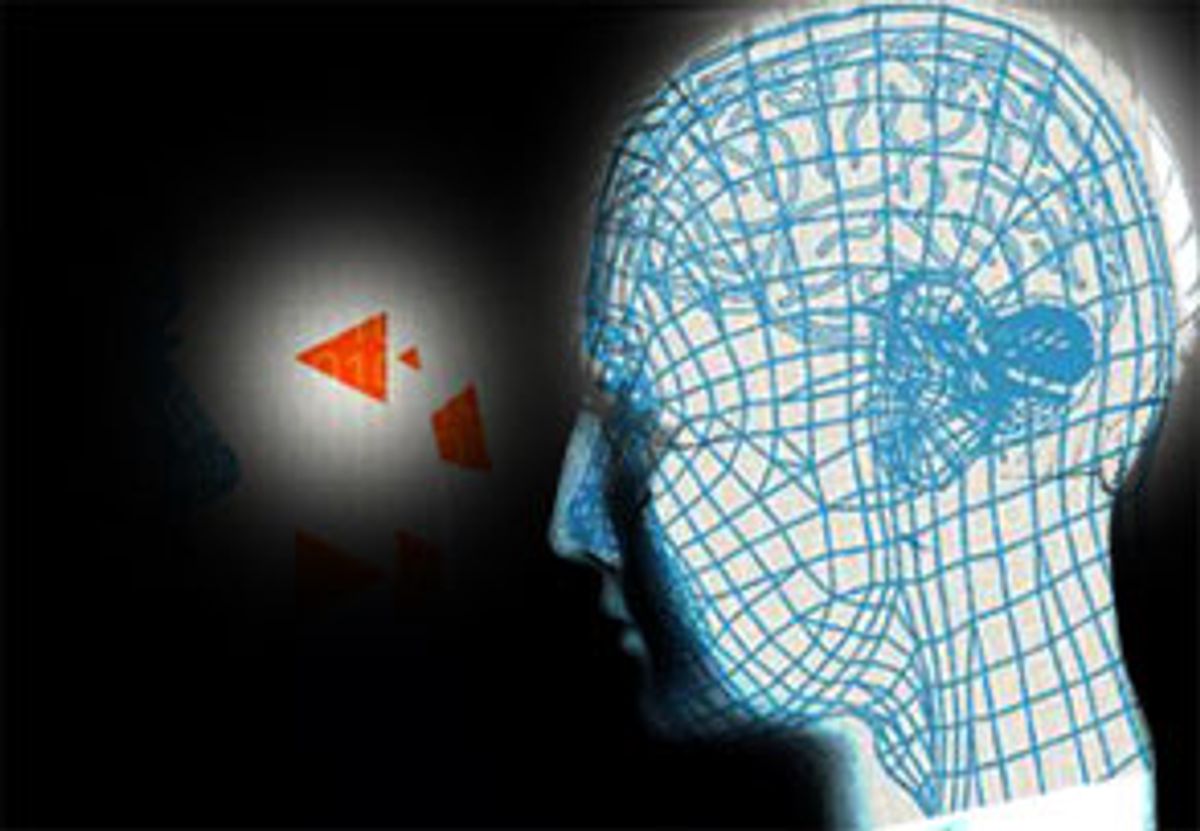 Others besides me have noticed that most whistle-blowers of late have been women -- former Enron vice president Sherron Watkins, retired FBI agent Coleen Rowley and former WorldCom audit executive Cynthia Cooper. To underscore the point, Time made these three its Persons of the Year in 2002. Recently, HealthSouth financial executive Diana Henze joined the ranks of female whistle-blowers.

Could it be that women generally are more ethical than men? Yes, wrote Harvard University's Carol Gilligan more than two decades ago in the book "In a Different Voice." While some hemmed and hawed, Gilligan's argument was largely embraced by feminists. Now others are saying that women are more likely to be the straight shooters who cry foul when they see their corporate companions jiggering the books. "Women Are More Likely to Blow Whistle" announced a 2002 headline in the Los Angeles Times.

"Women see things in a much bigger context than do men," says Judith Rosener, a professor at the University of California at Irvine. In "Ways Women Lead," a 2002 Harvard Business School e-book, Rosener proclaims that a woman's way of leading -- interactive, cooperative, inclusive and personal -- is profoundly different from the traditional male way of leading, which she calls "command and control." She goes on to say that women consider the larger implications of their actions when making a business decision, while men focus on the immediate: that is, how much money they're going to make, or whether they're likely to get caught.

Rosener's statements barely caused a ripple, and women generally nodded in agreement. In contrast, all hell broke loose when Lawrence Summers, the president of Harvard, said that one reason women don't ascend to the highest positions in science might be due to the "intrinsic aptitude" of men in this area. Incidentally, Summers also listed old-fashioned gender discrimination and the lower likelihood that women will take jobs requiring incredibly long hours as other reasons women do not get the top jobs in the sciences, which has been largely overlooked in the firestorm following his comments. (This isn't the first time Summers has been in the hot seat. Previous comments about other matters also provoked controversy, and his "imperious, abrasive" leadership style has become part of the discussion about whether he should stay or go.)

All this happened back in mid-January, but the issue is still blazing in practically every major media outlet. Yet where was the fury when some saw in the ranks of the women whistle-blowers not only a greater willingness to come forward than shown by their male peers, but also a difference in style -- and yes, morality? There was none.

We generally agree that women are more likely to consider how their actions affect others, thus making them more collegial than men in their work habits. And no one doubts that women are more in touch with their feelings, are better able to express them and, consequently, have better interpersonal skills. A woman prefers to share how she feels, while her mate would rather debate whether Barry Bonds' steroid-fueled records ought to have an asterisk after them.

The root of this touchy-feely stuff can be traced to a specific section of the brain, the limbic system. Females have a larger, deeper limbic system than males do -- which is believed to make women more empathic than men, and better caretakers to boot. The upshot of this is that, by and large, moms, more than dads, want to stay home with the kids and to not work killer hours once they do go to work, regardless of the rewards.

Whether the seat of women's empathy developed over centuries in the cave, when men were out hunting and women were gathering and taking care of the babies, is immaterial. The Human Genome Project found that the differences between the races is minuscule (one-hundredth of 1 percent) compared with the difference between the sexes (a whopping 1 to 2 percent). The difference is there, and today we have to deal with what is, not with what we wish for.

Brain biology points up another variation: Women's brains have a larger corpus callosum -- the connective tissue between the right and left sides of the brain -- whose job it is to transfer data back and forth. Consequently, women integrate incoming data faster than men do. Women's intuitive "sixth sense" about when the baby in the nursery is going to start squawking, or the boss is about to blow a gasket, or what someone else's response will be before it's stated probably has its origins not in the netherworld, but right there in the highly active corpus callosum of the female brain. What's more, males tend to have more concentrated activity on the left side of the brain (thus the term "left-brained") and less interaction between the right and left sides, while women have greater access to both sides.

Where is the seat of mathematical ability? you might wonder. Ahem, it's in the left side of the brain. And like it or not, that brings us back to Summers' inopportune comment that men do better at the high end of the sciences because of a "different availability of aptitude at the high end."

The average IQ scores of females and males are equal because IQ tests are designed to purposely eliminate sex biases in the scores. But looking deeper, one finds that females and males score differently on separate parts of the test. Men do better on spatial questions, women on reading and other verbal skills.

While some argue that this is a result of conditioning -- when girls take up throwing a ball, their spatial ability increases by leaps and bounds -- conditioning doesn't explain why males' IQ scores are more variable than females'. More males than females end up at the low end of the IQ scale, and not surprisingly, relative to females, there are more male high school dropouts and more men in prison. But the opposite is also true: More males than females have extremely high IQs. And like it or not (I don't like it), this is probably why the world has more male geniuses à la Einstein, Mozart and Michelangelo. We can thank the goddess Nike for Marie Curie, but where's another woman in our pantheon?

Oddly enough, those who argue against the existence of gender differences in ability are likely to fervently believe that biology, and not one's mother, determines homosexuality; demand same-sex medical trials; and adhere to the theory that, indeed, women are more collegial than men when they make decisions.

Despite the biology, environment, of course, is critical in shaping who we become. The numbers of women pursuing careers in the sciences has skyrocketed in the last couple of decades. At the prestigious Massachusetts Institute of Technology nearly half the student body is female. And at medical schools nearly a third of the students are women, while at law schools half are female.

Yes, women can do the math. A new way of thinking about male and female abilities, beginning in the '60s, has opened all kinds of doors. But we are talking about the great mass of people, the averages, here -- not the dim boys who drop out of school or the geniuses who devise a new theorem or discover a new element.

There's still a great deal we don't know about what is ingrained and what is instilled, but acting as if the differences between the sexes are purely anatomical, or merely the product of our environment, does not serve us well. Ignore the differences, and we forfeit the opportunity to encourage and enhance the talents of all of us, from the ordinary student to the truly gifted, regardless of sex.

When mathematically talented 12- and 14-year-olds took the SAT in 1980, the journal Science reported, the ratio of males to females who scored over 700 (out of a possible 800) was 13-to-1. Now the ratio is only 2.8-to-1, a clear sign of progress. What we have to do is continue to make sure that that "one" is nurtured to succeed in whatever she wants to do -- whether it is to be our next Madame Curie or not.

Lorraine Dusky is the author of "Still Unequal: The Shameful Truth About Women and Justice in America" and "The Best Companies for Women." She has written about women's issues for a variety of magazines and is the recipient of two Exceptional Merit Media Awards from the National Women's Political Caucus.