The perfection-obsession she inspires says more about the people it afflicts than it does about Stewart herself, who's simply answering a primal American need: To make pretty stuff. 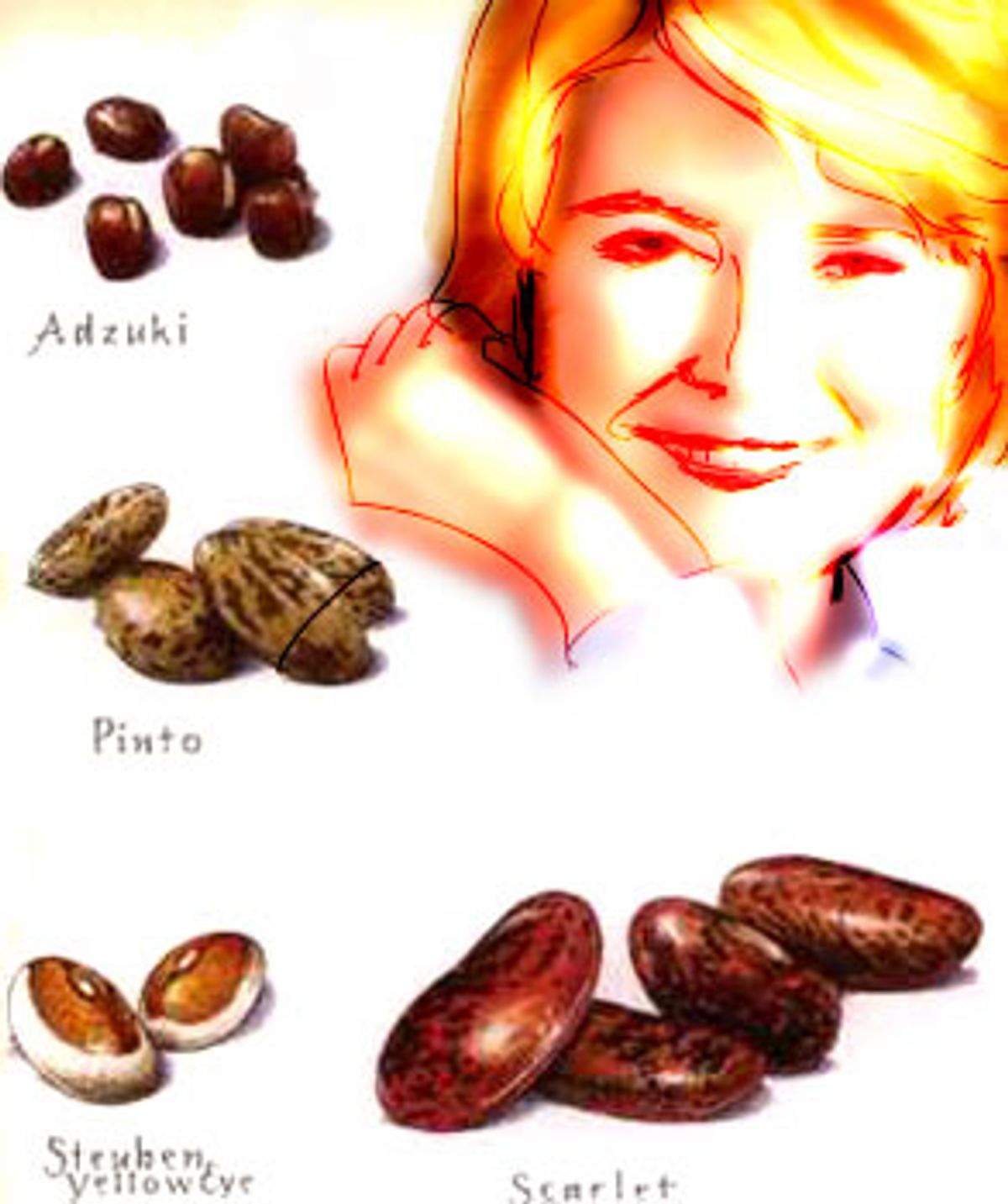 When Martha Stewart was convicted last April, juror Chappelle Hartridge called it "a victory for the little guy." The point he missed was that Martha Stewart's whole career has been a victory for the little guy, because long before Martha Stewart was Martha Stewart Living Omnimedia, she was Martha Helen Kostyra, the daughter of Polish immigrants living in Nutley, N.J., a girl who learned to garden from her father and to sew and bake bread from her mother -- skills they themselves had brought over from what we used to quaintly refer to, at least in the days before the Internet, as the Old World.

Before Martha Stewart was a businesswoman (or, for that matter, a convicted felon) she was a woman who knew how to cut out a dress or plant a tulip bulb. Before she built a massively successful enterprise, she built an aesthetic -- an aesthetic based on the humble mongrel origins that we Americans, all of us descended from people who came from elsewhere, share: She knew how to make stuff, and she was damn good at it.

Americans love making stuff. We did it at first because we had to -- the Mayflower sure didn't unload a bunch of slackers: From Day One, there were socks and mittens to be knitted, tables and chairs to be made, candles to be dipped. Even as recently as World War II, Americans, women in particular, felt both the need and the desire to make things they were unable to buy: It's still possible to find, in thrift stores and on eBay, narrow wartime-era rayon fabric cut to strictly rationed lengths (three yards for a dress), or booklets showing teenagers how to make scarves for their sweeties overseas, or weird-looking pins out of wool scraps for themselves. These bits of history can be incredibly touching, relics of a time when, if a woman wanted anything pretty for herself, her best bet was to figure out how to use a needle.

And then, in the '60s and '70s, although we no longer had to, we discovered we really liked making stuff. Unfortunately, we started making a lot of the wrong stuff: macrame plant hangers, flammable afghans in Day-Glo colors, wooden purses plastered with pictures of mushrooms. On the plus side, we were at least attempting to keep some very old skills alive. But what good is that if you've lost your head? The term "artsy-craftsy" became a pejorative, and for good reason: People were making bad stuff by the trailer load. It had to stop.

And that's where Martha Stewart stepped in, changing the face of making stuff yet again. First we did it because we had to; then we did it, badly, just to prove we could. Martha would show us that "proving" we could do something wasn't the point at all, particularly if the finished object was a monstrosity we'd want to hide or throw away. Martha's message -- the core message lurking beneath the veneer of her own self-imposed perfectionism -- was that certain skills were worth learning, and that if something was worth doing at all, it was worth doing right. Martha, from the very beginning, understood the value of craftsmanship in everyday life, and she rekindled our understanding of it too.

But wait -- isn't Martha Stewart a tyrannical perfectionist who wants women to stay at home and not have jobs, so they can make pristinely decorated cakes in the shape of Easter eggs and Halloween pumpkins? Or, worse yet, isn't she a demanding witch who expects women with full-time jobs to bake those very same cakes, while also remembering to scent their ironing (did someone actually say "ironing"?) with lavender water and change the potpourri sachets in their lingerie drawers at the recommended intervals (every three months, at least)? Isn't she trying to wrest women back into the one dreaded role -- that of domestic homebody -- we've worked so hard to wriggle out of?

The answer to all of those questions should now be clearer than ever: Not even Martha Stewart can be Martha Stewart. So why should any of us care if we can't make the grade, either? Martha Stewart is the sole victim of her own perfectionism. When I've seen her on TV, fussing over an embarrassingly trussed-up piece of poultry, I've felt horrible for her and great about myself -- horrible for her because she can't put that turkey in the oven without making sure the nubbly surface of its skin has just the right glistening sheen; great about myself because I have no problem just shoving the damn thing in and feeling confident that it will turn out just fine. (OK, that's a lie -- I married a guy who can cook a turkey beautifully, so I don't have to. Nonetheless, I in no way feel that Martha has impugned my theoretical turkey-cooking credentials.)

The point is that our feelings about Martha's perfection say more about us than they do about her. Martha believes it's her responsibility to show us how to do things as perfectly as possible. Could it be that what she's really doing is shoring us up against failure and disappointment in ourselves -- feelings she herself may be all too familiar with? And does Martha ever come to our houses to make sure we've rolled the sugar-cookie dough thin enough? For women who have only enough time to make the occasional sugar cookie, as well as those who obsessively make sure the jar is always full, Martha has reaffirmed our right to take pleasure in doing, in a world where women, especially, have been encouraged to cut corners, sometimes until there's nothing left.

Few of Martha's detractors have stopped to think that her success is the direct result of Old World practicality. She has often spoken of her Polish-American roots, to the point where many have come to believe that her claims of being a peasant homebody at heart are just a publicity stunt. But as a second-generation descendant of Polish immigrants myself, I'm amazed at how often Martha Stewart is characterized as WASPy looking: When I look at her face, robust and round and healthy-looking, I see peasant stock, and no number of rotating Hermes handbags can change that.

And perhaps because we live in a world where pretty much anything we really need can be bought, cheaply enough, at Wal-Mart, the idea of having to make things for ourselves (let alone simply knowing how) has been lost on many us. In the 20s, my Polish grandmother would cut down my grandfather's old, worn-out coats to make smaller ones for her seven children. Long after her death, in the early 1960s, her practicality and ingenuity lived on as family lore, the sort of thing that made me feel tremendously guilty every time I wanted, say, a new pair of bell-bottoms. It's also part of the reason I had a needle in my hand from the minute my mother -- not Polish, but descended from thrifty Scots -- knew she could trust me not to stab my eyeball with it. I think I was 4.

I haven't built an empire out of my ability to make stuff, but I do feel that the time and care I take in doing so -- and the pleasure I get out of it -- is a way of honoring my family's past, on both the Scottish and the Polish sides. Plenty of people see Martha Stewart as just a spoiled rich white woman who tends to mistreat her employees, and she alone bears the blame for that. But as hard as she's worked to establish herself as an American icon, are we sure she's really forgotten where she comes from? Is "self-made" all that different from "homemade"? Maybe Martha Stewart's biggest ongoing project is herself.