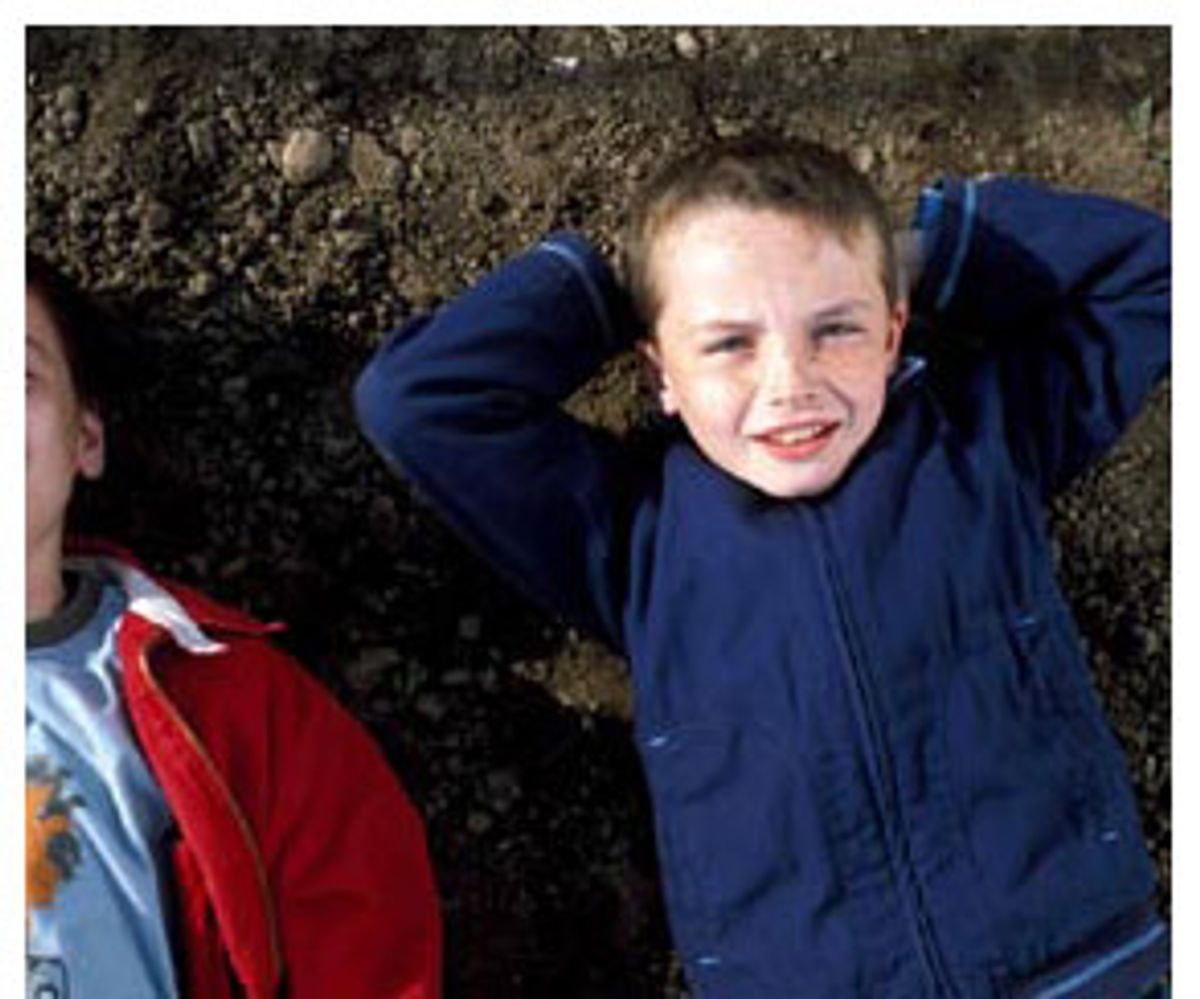 It may be perverse -- or perhaps just inappropriately European -- to be delighted to see cigarette smoking in a movie for children. But early in Danny Boyle's "Millions," when St. Claire shows up on Earth and immediately lights a roll-your-own ("You can do what you like up there," she explains), I felt myself warming to the picture -- not because I believe children should smoke, but because I know so many adults who desperately wish they could smoke. Why not live vicariously, even if it's through a saint? Heaven is a place where cigarette smoking can't kill you: If that's not a motivator to live a good life on this Earth, what is?

"Millions" is an incredibly sweet-tempered picture about the human impulse toward generosity, the sort of thing I'd run a mile from if it hadn't been directed by Boyle (whose biggest commercial "failure," "A Life Less Ordinary," is one of my favorite movies of the '90s) and written, beautifully, by Frank Cottrell Boyce (who also wrote "24 Hour Party People" and "The Claim"). But although "Millions" is largely about the importance of looking after people, worldwide, who have less than we do, it never for a minute asks us to believe that wanting money is bad. (The only people who buy that crap seem to be people who have plenty of it.) There are even some clean-living Mormons in "Millions" who, after receiving a cash windfall through the generosity of one little boy, head out immediately to buy a DVD player and a dishwasher for their group house. Instead of deflating the pleasures of consumerism, "Millions" asks us to consider those pleasures seriously. It recognizes that having (or wanting) conveniences and luxuries isn't bad in itself; taking them for granted is the problem.

The hero of "Millions" -- and he is a hero -- is 7-year-old Damian (the ridiculously appealing Alex Etel), who has just moved into a new housing development somewhere in northern England with his 9-year-old brother, Anthony (Lewis McGibbon), and their dad, Ronnie (James Nesbitt). Their mom has recently died, and the family, father and sons, are past the point where open grieving is helpful: Now they're left simply with the task of living without her, which colors every day.

Damian is an introspective kid who's obsessed with saints and who knows everything about them from studying "Lives of the Saints." (Nearly anyone who was raised Catholic can attest that saints are almost unhealthily fascinating: They're always getting body parts cut off, or worse, just for sticking up for their faith, which makes their universe a collective gorefest with blood spurting every which way.) Damian escapes from the prefab strangeness of his new home by building a fort out of cardboard boxes in a nearby field. Trains rush through the field, rattling along the tracks, and one day, as Damian is crouching in his hideaway, one of his beloved saints (the aforementioned Claire) drops by to see him; not long after, a huge bag of money drops through his cardboard roof.

Damian shares the loot with his brother (he sincerely believes it came from God), although they both have different ideas of how to spend it. The shrewd, ever-practical Anthony ingratiates himself at the boys' new school by outfitting a bunch of pals in cool jackets and sunglasses (the posse struts out to the tune of the Clash's "Hitsville UK"). Damian prefers to give his money away, and constantly gets new ideas for where to spread the largesse around from the saints who continue to visit him. (They include Peter, who admires the craftsmanship of the keys to Damian's old house, which Damian still clings to out of sentimentality, and Nicholas, the model for Santa Claus, who shows up in fancy old-fashioned bishop's garb. Each saintly pate is topped with a spinning halo that resembles a translucent CD.)

Damian eventually learns where the money came from, and he and his family, including his dad's new girlfriend (played by the likable Daisy Donovan), try to figure out what to do with it. Damian is the movie's conscience -- he never even thinks to spend the money on himself -- but the picture never deprives us of the joy of wondering what we'd do with a sack of money that fell from the sky. But "Millions," its title aside, is more about childhood than it is about the almighty dollar (or, in this instance, pound). In one of the movie's most poetic images, Damian leads a mâché donkey from a Christmas pageant through deserted streets and onto a tram car -- we see the car whooshing through the night, with boy and donkey visible inside, a kind of "Edward Hopper meets old Bethlehem" vision. The image of these two loner pilgrims reminds us how isolating it can feel to be a kid, but it also speaks of the sense of adventure and discovery that can come with that aloneness.

"Millions" does lapse into distinctly messagey territory, especially toward the end. But Boyle keeps the action bouncing along lightly, and he and Cottrell Boyce never for a minute pretend that money isn't fun. "Millions" is a sweet little picture with a sense of humor as well as a mission. If money can't buy you love, at least it can buy you 90 minutes of warmth.