Adventures in the skin trade 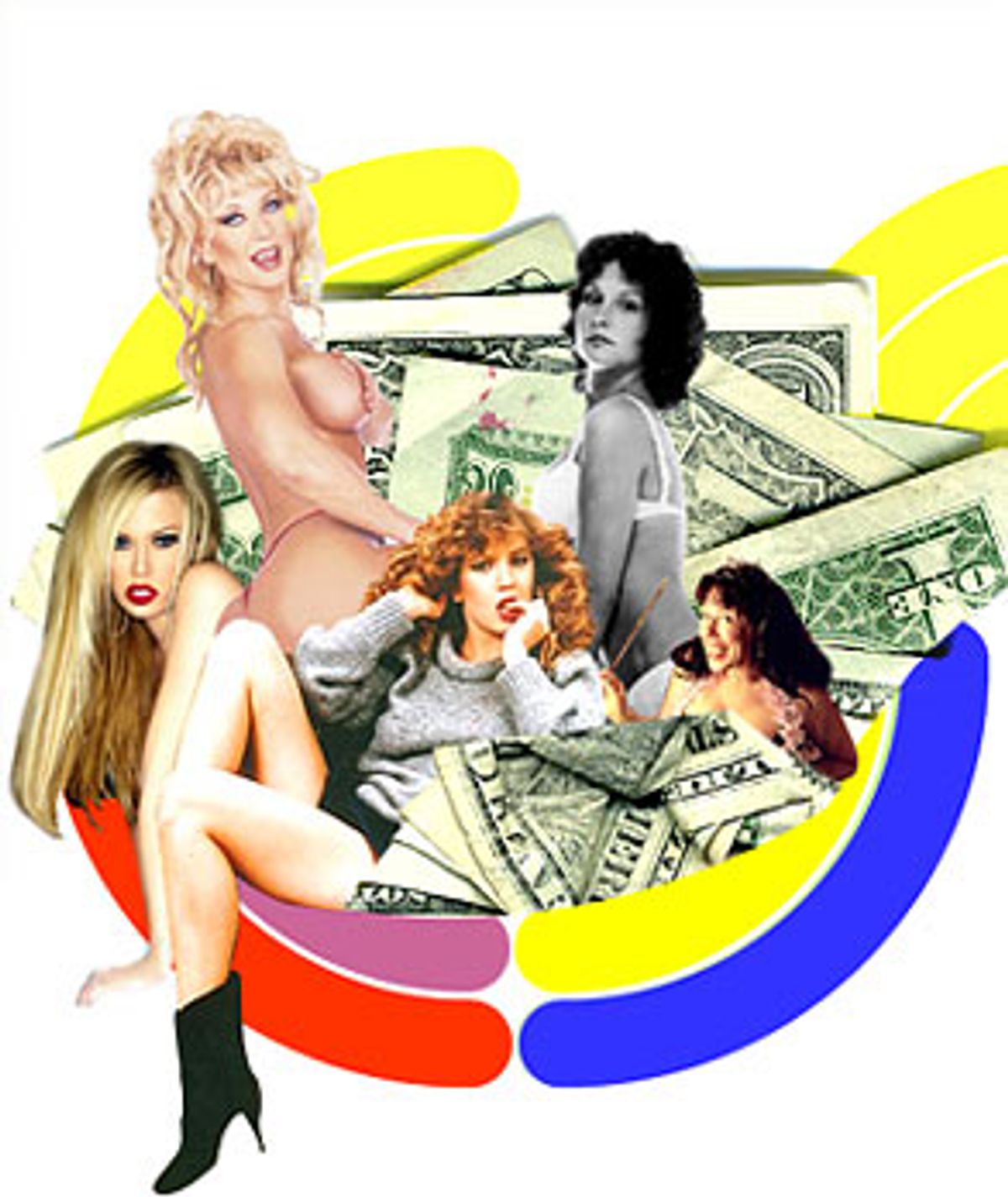 There's no commentary here, no analysis, just thousands of quotes strung together. Legs McNeil, with journalist Jennifer Osborne and crime writer Peter Pavia, have compiled hundreds of original interviews as well as excerpts from newspapers, books, coroner's reports, FBI wiretaps, police reports and a host of other sources. The result is an artfully composed jigsaw puzzle of stories that together create a narrative history of an industry. Nearly everyone involved gets his or her say. Many of the stories are X-rated; others are mundane. The effect is unsettling and strange, overwhelming and breathtaking, and, not least, incredibly entertaining.

McNeil coauthored a similarly constructed book in 1997, "Please Kill Me: The Uncensored Oral History of Punk" (along with Gillian McCain), and like that one, "The Other Hollywood" will probably be recognized as the definitive work on its subject. (For evidence, see the recent episode of "The O.C." where Marissa lounges on her bed reading "Please Kill Me," a shorthand indication that she's really into her new punk-rock girlfriend.) But "The Other Hollywood" also feels more urgent and necessary than its predecessor, mostly because porn has proved to be a more enduring phenomenon than punk, but also because the narrative here is tighter and more suspenseful.

What is not so well known is that Traynor and Lovelace's relationship wasn't just abusive, it was brutally so. Traynor beat her black-and-blue off the set, yelled at her constantly and was so jealous that though he insisted she perform well enough to make him money (he took all of her pay), he would rage at the smallest suggestion that she was enjoying herself. Most accounts of Lovelace's accusations -- that Traynor threatened her with a gun, that no one in the industry stood up for her -- have been given short shrift. And here is where the exhaustive chronicling of "The Other Hollywood" becomes not just compelling but important: In the back-and-forth between the couple on the page, and with memories from other actors and crew members thrown in, it becomes clear that Lovelace might have indeed been rather flaky or dumb or, in Traynor's word, a "dingbat," but she was also so battered physically and emotionally that it is little wonder that she felt coerced. And because her co-workers saw her problem as a private matter, they stayed out of it.

Which reminds me of something else Leonard says in the book, this time directly about Lovelace: "It was her own poor, shitty choice of a companion that got her beat up. Nobody in the porn business -- that had anything to do with the film -- laid a hand on her, other than in a loving way." As anyone who has been abused can attest, you never know that you've made a shitty choice until it's done, and you can't undo it without help. Although what Leonard says may be technically true, it is also callous and wrongheaded, and exactly the kind of mentality that allows violence against women to thrive.

One could argue, and rightly, that in 1972 domestic violence wasn't a commonly understood phenomenon. But Leonard's quote comes from one of the book's original interviews, all of which were done in the past seven years, so it goes to show how deeply entrenched that view of Lovelace has remained. Nor does it change the fact that the Lovelace-Traynor relationship set a precedent for disturbingly relaxed attitudes within the industry toward coercion and violence.

Destined to be either villains or victims to anyone outside their industry, what choice did any of the actors have but to trump up the good in their profession while glossing over the bad? Over and over again through the book, the actors who defend their profession acknowledge that their position in the world is so fragile that if they denounced one aspect of the industry the entire house of cards would fall. Veronica Vera, who testified for the Meese Commission in defense of porn, admits, "I didn't want to be seen as representing some of the very misogynistic sleazy stuff. But I felt it was more important to stand up for free speech than to worry about being seen as defending stuff that I find distasteful."

"Until people can have really honest, fulfilling relationships with each other, this is the way it's going to be. Pornography has always been there, and it always will. Until we're so evolved that we don't need to pay for it, or don't miss it, we're going to suffer from not having it.

"I am not against pornography at all. I'm for it. I'm against people being used -- and you can use people on either side of it."