Woody Allen has cast Will Ferrell, Chloe Sevigny and Wallace Shawn in his latest flick, and none of them are any the better for it. 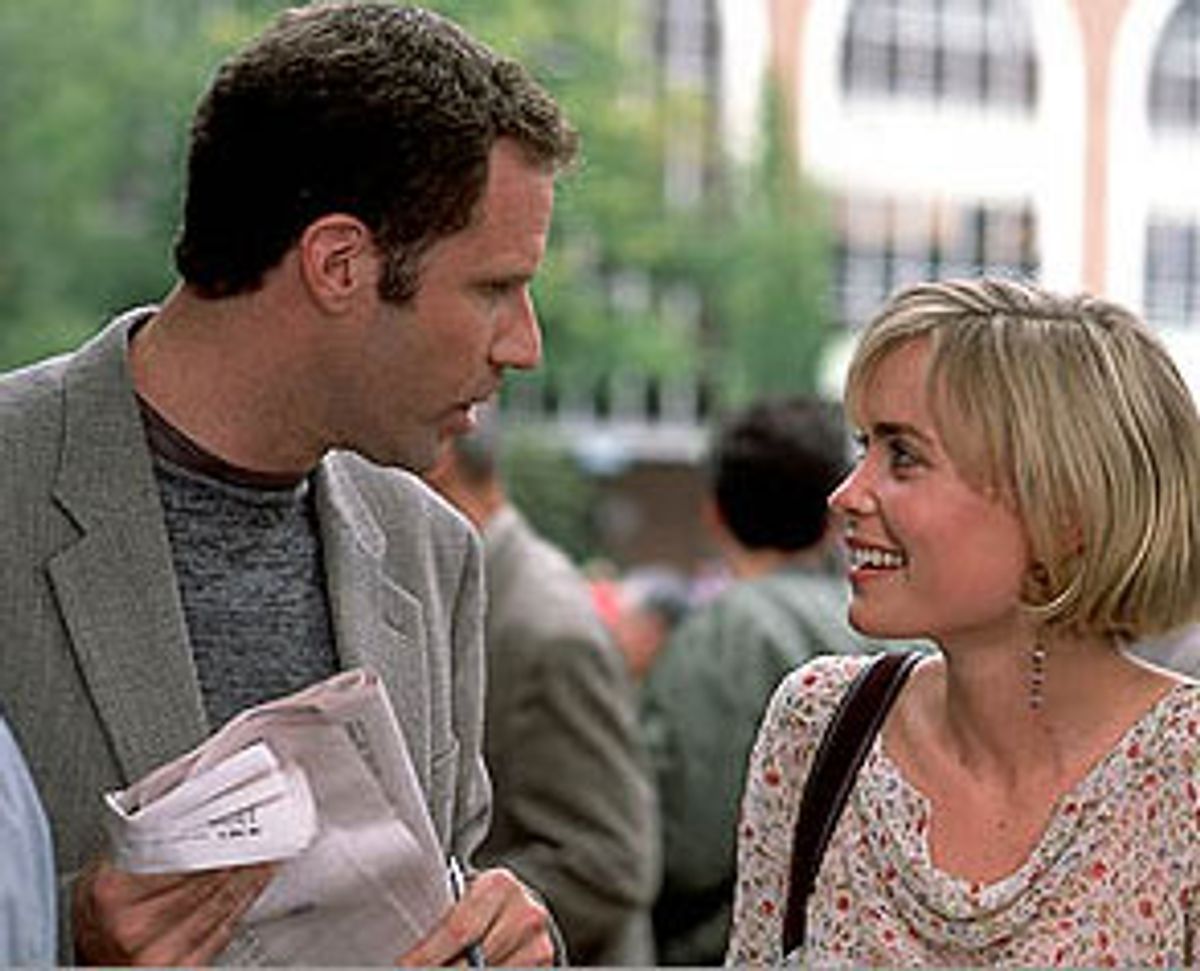 Actors young and old still clamor to appear in Woody Allen movies. What's truly wondrous is that Allen can still find actors willing to star in his movies at all. For his latest dead-weight confection, "Melinda and Melinda," Allen has assembled a potentially interesting ensemble of actors including Will Ferrell, Chloe Sevigny and Wallace Shawn (though none of those three ever appear on-screen together). But even these actors -- who, in other pictures, are often wonderful in distinctive ways -- don't seem like themselves: It's as if they've been pulverized and pressed into convenient actor shapes.

Allowing them to be flesh-and-blood actors would be too messy and inconvenient for Allen. And so these performers, along with Radha Mitchell, Amanda Peet, Chiwetel Ejiofor and Jonny Lee Miller, wander through "Melinda and Melinda" uttering lines no human being would ever say and no actor should ever be asked to speak -- things like "I'm sure I look like the wreck of the Hesperus" and, my personal favorite, "Let's just confine our passion to local motels and forget Capistrano."

Depressingly, the dismal "Melinda and Melinda" is constructed around a great idea. The movie's framing device is a dinnertime discussion among four New Yorkers, two of whom are playwrights, played by Shawn and Larry Pine. The group is discussing the fine line, and the overlap, between comedy and tragedy. So Shawn and Pine take a single scenario -- that of a beautiful, troubled young woman (the "Melinda" of the title, played by a twitchily dull Radha Mitchell) and envision it both ways: Shawn outlines its comedic possibilities, while Pine fixates on its tragic nuances.

Both stories unfold simultaneously, with different sets of characters, although Mitchell's Melinda is the constant. (The best way to keep track of whether we're watching the tragic Melinda or the comic one is by her hairdos: Comic Melinda has a sleek blond bob, tragic Melinda a tousle of anxious curls.) Tragic Melinda drops into the household of a married couple, played by Sevigny, a piano teacher and socialite, and Miller, a surly, unpleasant, out-of-work actor prone to chasing very young skirts. Mitchell is an old friend of Sevigny's, and Brooke Smith (a wonderful actress, who, even with all Allen's actor-mangling, pulls off the feat of seeming human) rounds out this trio of pals. Sevigny and Smith struggle to help Mitchell pull her fractured life together and escape her tragic past, even as Sevigny's marriage crumbles around her.

Comic Melinda drops into another household, that of Will Ferrell, another out-of work actor, and his wife, Peet, an ambitious but not-quite-successful film director who's hoping to make a picture with a nearly all-woman cast called "The Castration Sonata." (It's one of the few gags in "Melinda and Melinda" that offers us even a fish-scale-size glimmer of the old Woody Allen, the one whose cleverness hit us on the fly instead of right between the eyes.) The complications faced by comic Melinda are different from those confronted by tragic Melinda, but they're not much funnier, which is why the hairdo trick is such a necessity: The comic and tragic stories are cleverly intercut, but they're both so inconsequential that it's hard to bring yourself to care which one you're watching.

Allen has the uncanny ability to make me feel sorry even for actors I'm generally not fond of. Here, for example, Amanda Peet is used as a walking elbow -- instead of having many sharp angles, which might at least make her interesting, she has only one. In contrast -- and it's a big contrast, perhaps because Allen doesn't trust us to grasp subtleties -- her husband, played by Ferrell (an actor I love), is a soft cuddle of corduroy.

Infidelity is one of Woody Allen's favorite subjects, which is understandable: It makes a convenient hat rack for his various neuroses. But he seems to understand nothing about infidelity, or maybe even marriage, at least dramatically speaking. Instead of allowing us to sympathize with both characters in at least some small way, in any equation of marital infidelity Allen always has to have a clear-cut bad guy. In the case of Peet and Ferrell, the equation is wife/hard, husband/gentle. In real life, and in intelligent, heartfelt movies, the lines aren't always so clearly drawn. (To that end, be on the lookout for Yvan Attal's "... Happily Ever After," an upcoming French movie that deals perceptively and humanely with the subject of adultery.)

It's astonishing that almost all of the actors in "Melinda and Melinda" are so uniformly stiff -- as far as working with performers goes, Allen is a master of consistency (though, sadly, it hasn't always been that way -- he used to know how to allow actors to shine). Ferrell's line delivery is formed precisely in Allen's image. As in most recent Allen movies, there's always one male character who's carefully groomed to be the Woody stand-in, and Ferrell, although he can't help being extremely likable, suffers for that here.

The only actor who escapes unscathed is Chiwetel Ejiofor, as the urbane, charming, emotionally grounded pianist and composer that tragic Melinda falls for. This is the kind of character who's too good to be true. But Ejiofor, whose face radiates intelligent guilelessness, makes us believe in him wholeheartedly. He's the only open window in this airless, addled movie.