Naomi Watts returns in this sequel to the horror hit "The Ring" -- and don't look now, but that skinny, well-dwelling urchin is back, too. 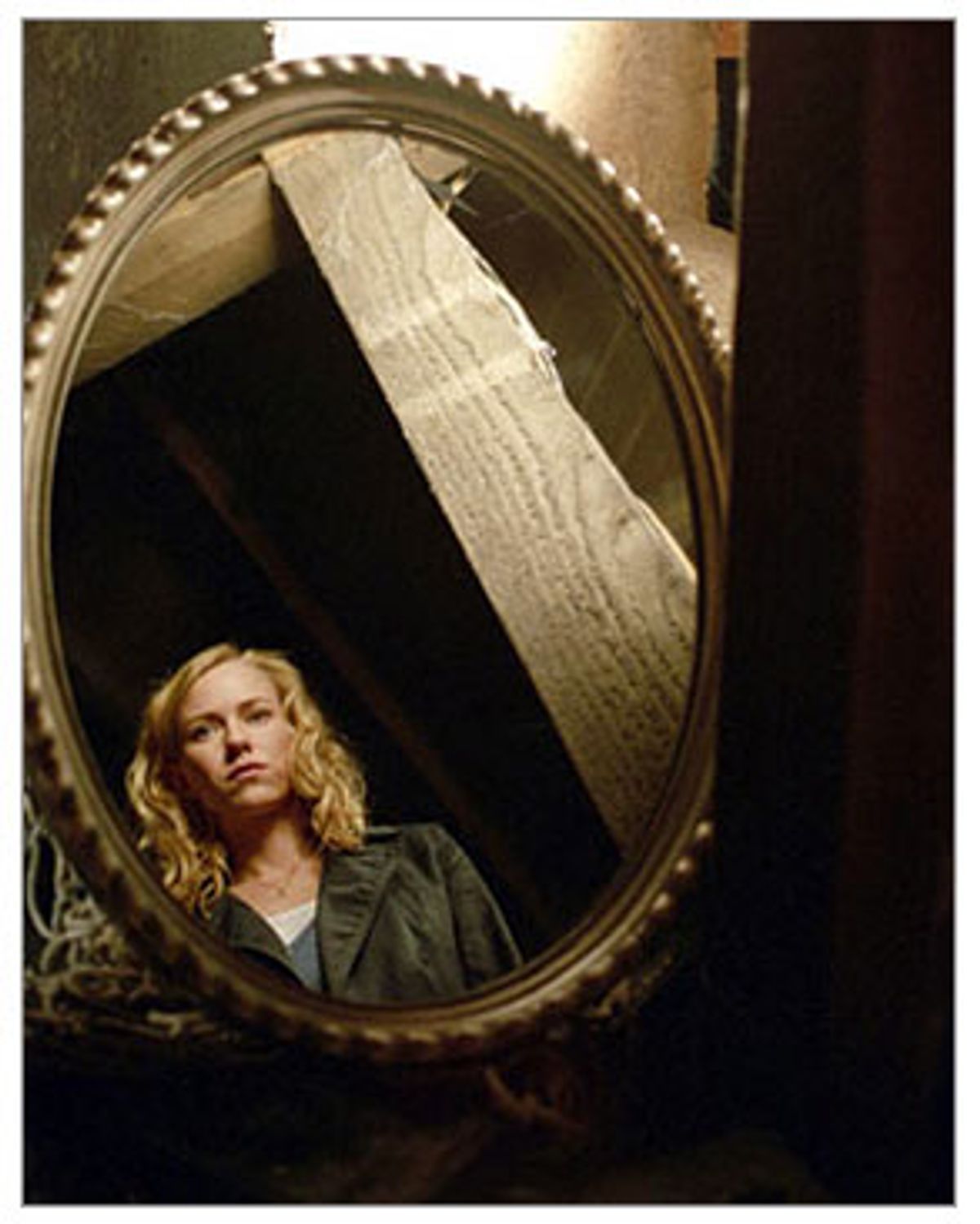 In "The Ring Two," investigative reporter Rachel (Naomi Watts) and her young son, Aidan (David Dorfman), have left their Seattle home for a small coastal Oregon town, hoping to escape the horror wrought upon them by a killer videotape. As we learned in "The Ring," the enormously successful 2002 horror picture to which this is a sequel, anyone who watched that tape, a surrealist black-and-white collage of shaky images including that of a skinny, damp urchin emerging from a stone well, would die a terrible death within seven days unless he or she could get another person to watch it. At the end of "The Ring," Rachel reluctantly passes the tape along to save her son (and herself). In "The Ring Two," Rachel reassures the troubled kid, who has begun having outlandishly vivid nightmares: "Listen, honey. We didn't do anything wrong. We did what anyone would do. We started over."

The issue at the heart of "The Ring Two" is that "doing what anyone would do" is exactly the kind of thing that lands you in trouble: You can't escape the bad karma set in motion by just one murderously selfish deed. In other words, even if you think you're done with that little urchin with the stringy hair -- her name is Samara, and she's the vengeful demon ghost of a murdered child -- she's not nearly done with you.

"The Ring Two" was directed by Hideo Nakata, who made the original Japanese version of "The Ring" (on which the American version, directed by Gore Verbinski, was based). This picture doesn't have the eerie suggestiveness that made the first one so creepy for many moviegoers. But it needles at your psyche by asking you to consider some outrageous and deeply disturbing notions, like the possibility that if you hear an inner voice telling you to drown your child in the bathtub, the "right" thing to do is to heed it.

"The Ring Two" isn't exactly scary, in a jump-out-of-your-seat kind of way (although it does have its moments). And too often, a numbing drone on the soundtrack signals us that something bad is about to happen -- there are times when the dramatic drive of "The Ring Two" feels a little mechanical. But it does scrabble and scratch at you until you start to feel a little raw. As Rachel realizes that her son is becoming very ill, with no plausible explanation -- his temperature has dropped to unsurvivable levels, and his skin becomes increasingly sepia-toned -- her desperation to save him beats like a pulse beneath the movie's surface. And there's a sequence in which a certain species of generally peaceful fauna goes nutso in a "Birds"-like way; the scene, which unfolds on a beautifully wooded road, is goofy in parts but ends up being quiveringly poetic. (The cinematographer here is Gabriel Beristain, and he gives the picture a muted, dusky look.)

"The Ring Two" isn't a great work of horror, but it's admirable simply because it serves the genre so serviceably. It's nicely constructed, and it doesn't have one of those ridiculous extended endings. And there's no simple "Oh -- just throw water on it!" solution to the crisis Rachel and Aidan face.

Watts, who seems to be getting prettier, if that's at all possible, as the years go by, carries her role with a believable amount of gravity. Dorfman (who also played Aidan in the first movie) is, once again, spooky as heck. And two other interesting actors pop up: One of them is Sissy Spacek, who, with her rice-paper skin and perfectly chiseled nose, looks unnervingly like Michael Jackson here (her hair, dyed black for the role, hangs down in lank strands). The other is the always fabulous, and always surprising, Gary Cole, as a cagily good-natured real estate agent. Cole is an actor whose face doesn't trigger an instant "good guy" or "bad guy" response; his benign good looks command us to watch him closely every second in order to figure out what he's up to -- he's just the sort of actor you want to see in a movie like this. "The Ring Two" may not be a masterpiece, but it has its share of thoughtful little angles. Pass it on.